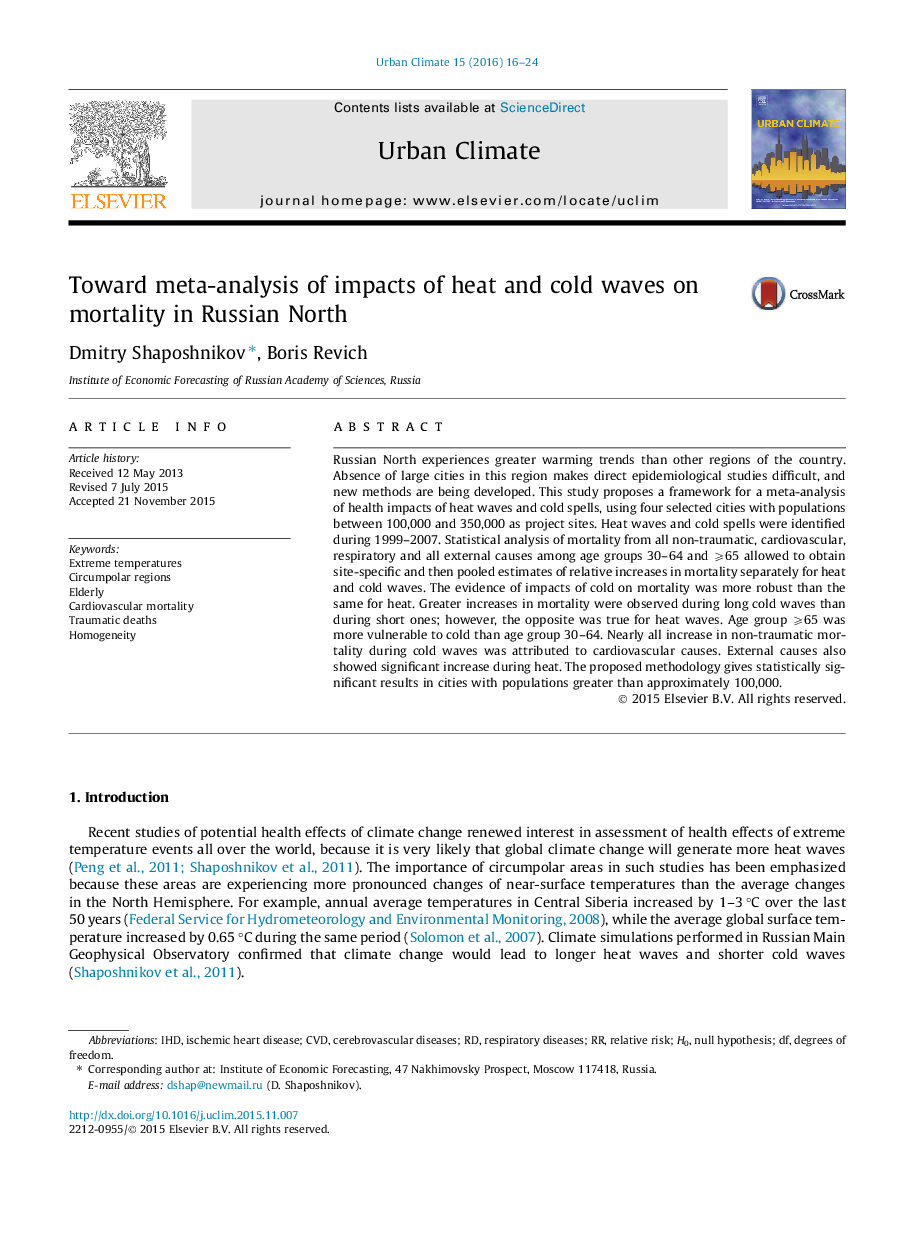 • Mortality rates on consecutive days of a temperature wave are not independent.
• Variance of control samples of daily deaths limits sensitivity of applied statistical tests.
• Homogeneity assumption is difficult to reject for small meta-analyses.
• Cold spells seem to be more hazardous for human health than heat waves.

Russian North experiences greater warming trends than other regions of the country. Absence of large cities in this region makes direct epidemiological studies difficult, and new methods are being developed. This study proposes a framework for a meta-analysis of health impacts of heat waves and cold spells, using four selected cities with populations between 100,000 and 350,000 as project sites. Heat waves and cold spells were identified during 1999–2007. Statistical analysis of mortality from all non-traumatic, cardiovascular, respiratory and all external causes among age groups 30–64 and ⩾65 allowed to obtain site-specific and then pooled estimates of relative increases in mortality separately for heat and cold waves. The evidence of impacts of cold on mortality was more robust than the same for heat. Greater increases in mortality were observed during long cold waves than during short ones; however, the opposite was true for heat waves. Age group ⩾65 was more vulnerable to cold than age group 30–64. Nearly all increase in non-traumatic mortality during cold waves was attributed to cardiovascular causes. External causes also showed significant increase during heat. The proposed methodology gives statistically significant results in cities with populations greater than approximately 100,000.