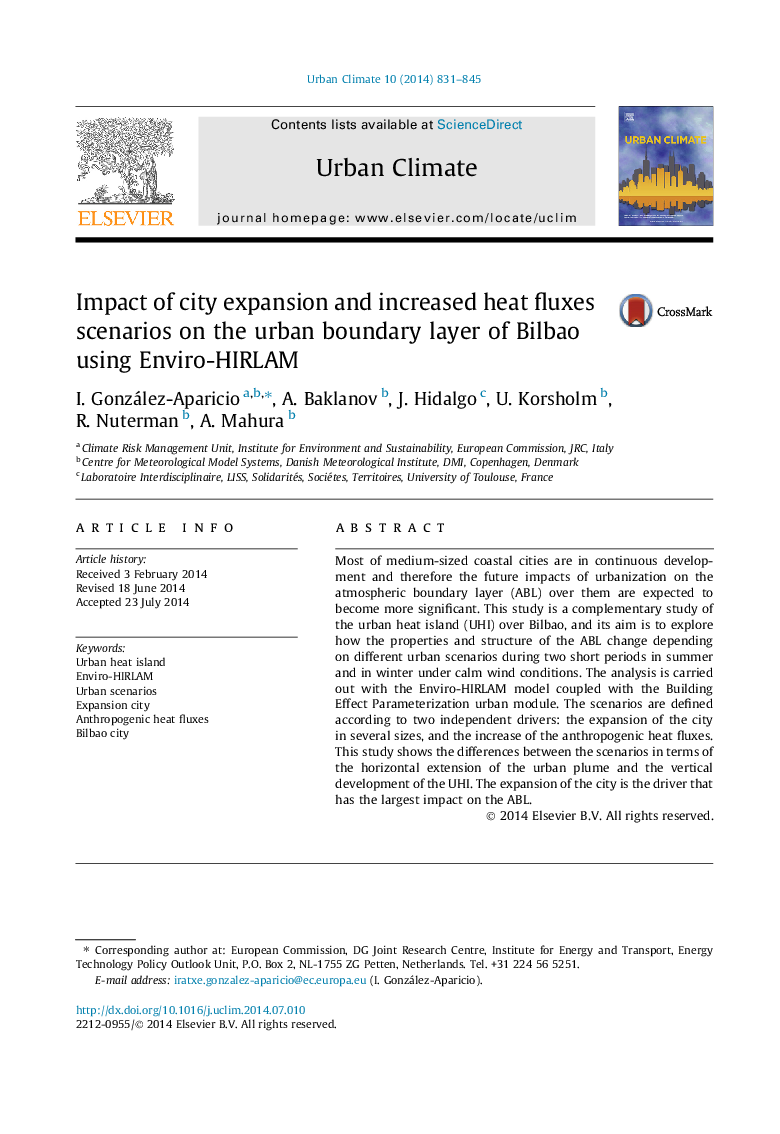 • Under calm wind conditions UHI is developed with several structures and intensities.
• Main factor for UHI is surface heating during day higher in summer than winter.
• Bilbao will suffer climatic changes due to changes at local and regional scale.

Most of medium-sized coastal cities are in continuous development and therefore the future impacts of urbanization on the atmospheric boundary layer (ABL) over them are expected to become more significant. This study is a complementary study of the urban heat island (UHI) over Bilbao, and its aim is to explore how the properties and structure of the ABL change depending on different urban scenarios during two short periods in summer and in winter under calm wind conditions. The analysis is carried out with the Enviro-HIRLAM model coupled with the Building Effect Parameterization urban module. The scenarios are defined according to two independent drivers: the expansion of the city in several sizes, and the increase of the anthropogenic heat fluxes. This study shows the differences between the scenarios in terms of the horizontal extension of the urban plume and the vertical development of the UHI. The expansion of the city is the driver that has the largest impact on the ABL.