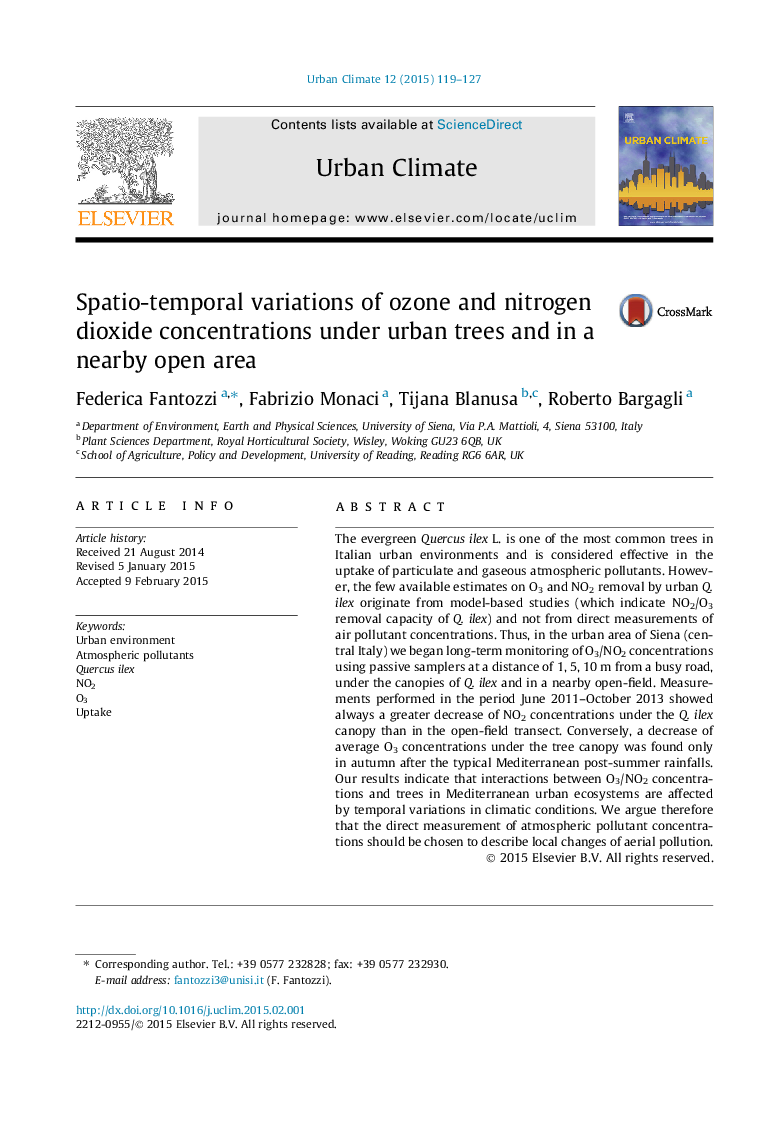 The evergreen Quercus ilex L. is one of the most common trees in Italian urban environments and is considered effective in the uptake of particulate and gaseous atmospheric pollutants. However, the few available estimates on O3 and NO2 removal by urban Q. ilex originate from model-based studies (which indicate NO2/O3 removal capacity of Q. ilex) and not from direct measurements of air pollutant concentrations. Thus, in the urban area of Siena (central Italy) we began long-term monitoring of O3/NO2 concentrations using passive samplers at a distance of 1, 5, 10 m from a busy road, under the canopies of Q. ilex and in a nearby open-field. Measurements performed in the period June 2011–October 2013 showed always a greater decrease of NO2 concentrations under the Q. ilex canopy than in the open-field transect. Conversely, a decrease of average O3 concentrations under the tree canopy was found only in autumn after the typical Mediterranean post-summer rainfalls. Our results indicate that interactions between O3/NO2 concentrations and trees in Mediterranean urban ecosystems are affected by temporal variations in climatic conditions. We argue therefore that the direct measurement of atmospheric pollutant concentrations should be chosen to describe local changes of aerial pollution.