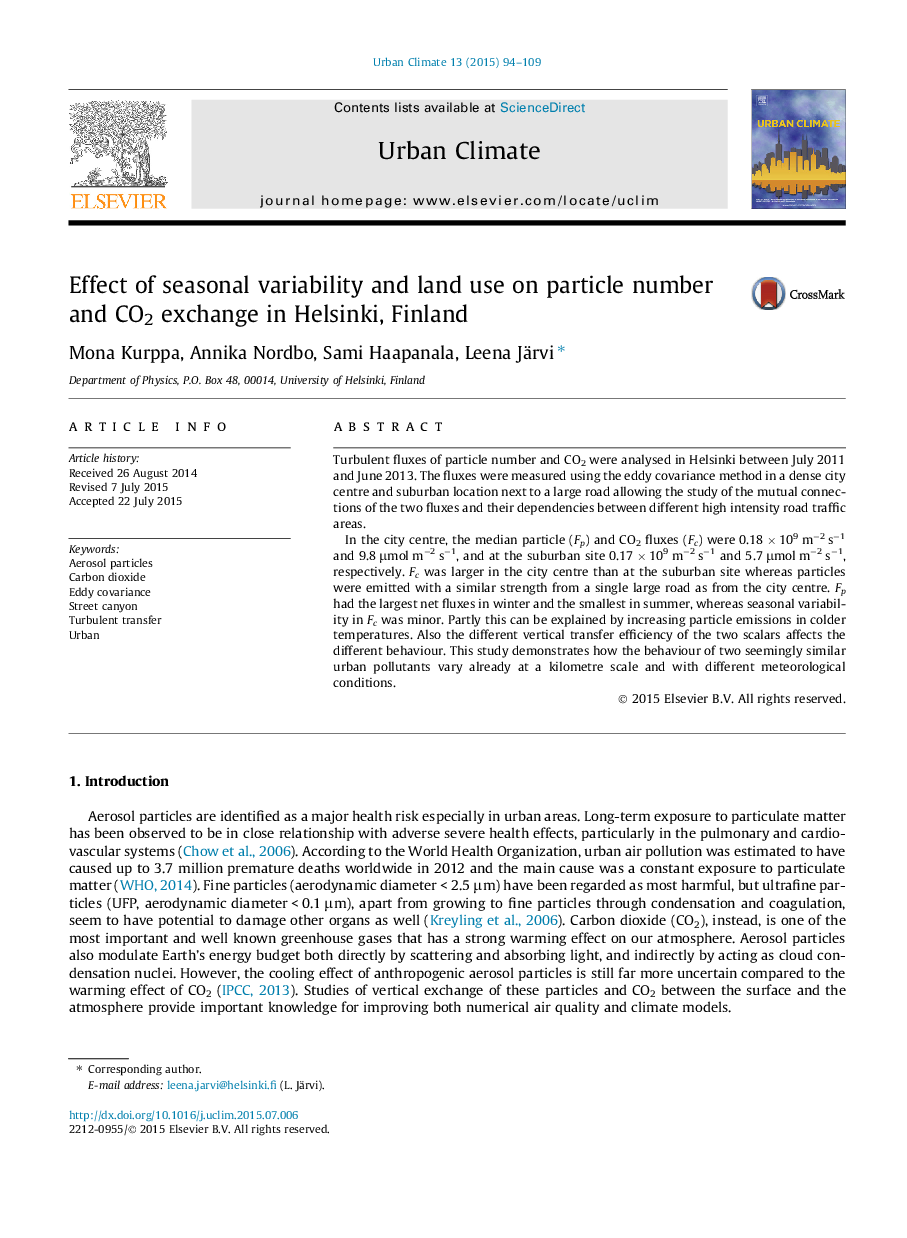 • Joint aerosol particle and CO2 fluxes above urban and suburban areas were analysed.
• The response of the two seemingly similar scalars to environmental factors was different.
• CO2 flux was more sensible to changes in land use than particle flux.
• Particle emissions were more sensitive to changes in air temperature than CO2.
• In city centre, enhanced turbulent transfer of CO2 was seen.

Turbulent fluxes of particle number and CO2 were analysed in Helsinki between July 2011 and June 2013. The fluxes were measured using the eddy covariance method in a dense city centre and suburban location next to a large road allowing the study of the mutual connections of the two fluxes and their dependencies between different high intensity road traffic areas.In the city centre, the median particle (Fp) and CO2 fluxes (Fc) were 0.18 × 109 m−2 s−1 and 9.8 μmol m−2 s−1, and at the suburban site 0.17 × 109 m−2 s−1 and 5.7 μmol m−2 s−1, respectively. Fc was larger in the city centre than at the suburban site whereas particles were emitted with a similar strength from a single large road as from the city centre. Fp had the largest net fluxes in winter and the smallest in summer, whereas seasonal variability in Fc was minor. Partly this can be explained by increasing particle emissions in colder temperatures. Also the different vertical transfer efficiency of the two scalars affects the different behaviour. This study demonstrates how the behaviour of two seemingly similar urban pollutants vary already at a kilometre scale and with different meteorological conditions.