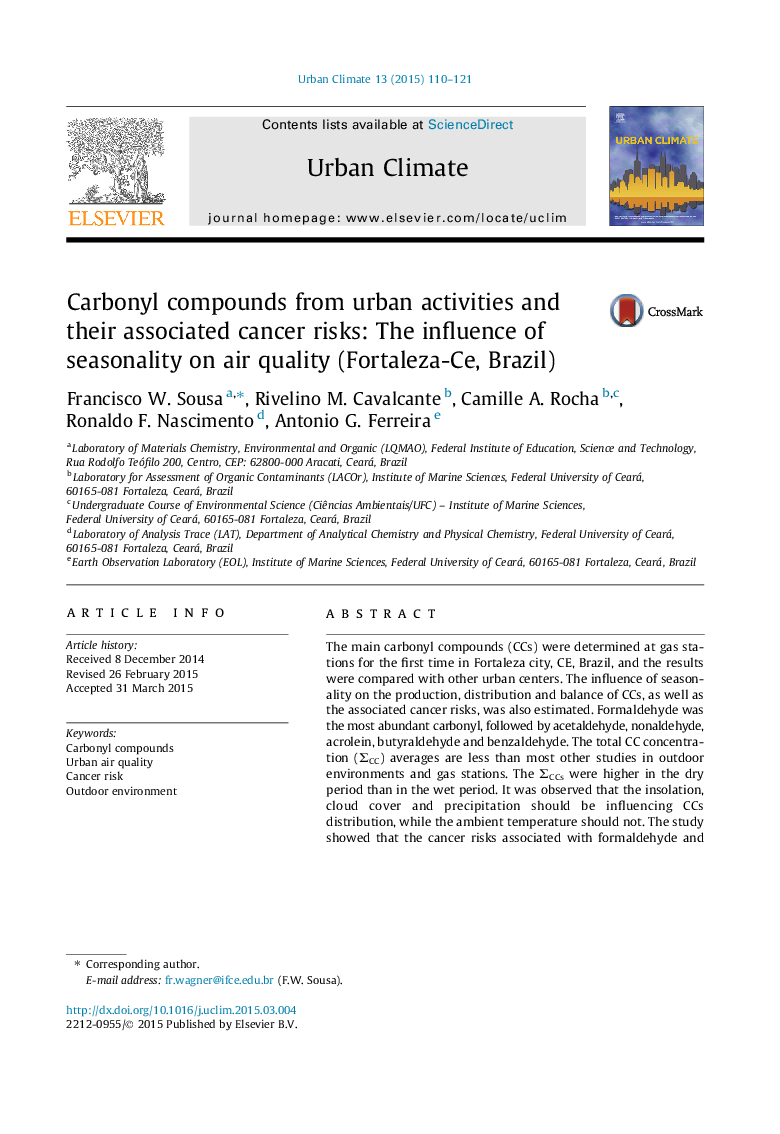 • The average ΣCCs are higher than those in most studies on outdoor public places.
• The Summer/Winter ratio was greater than 1 for the most important CCs.
• The ΣCC average during the dry period was higher than the average in the wet period.
• The insolation, cloud cover and precipitation should be influencing CCs distribution.
• The cancer risk in the months of dry period exceed the recommended exposure limit.

The main carbonyl compounds (CCs) were determined at gas stations for the first time in Fortaleza city, CE, Brazil, and the results were compared with other urban centers. The influence of seasonality on the production, distribution and balance of CCs, as well as the associated cancer risks, was also estimated. Formaldehyde was the most abundant carbonyl, followed by acetaldehyde, nonaldehyde, acrolein, butyraldehyde and benzaldehyde. The total CC concentration (ΣCC) averages are less than most other studies in outdoor environments and gas stations. The ΣCCs were higher in the dry period than in the wet period. It was observed that the insolation, cloud cover and precipitation should be influencing CCs distribution, while the ambient temperature should not. The study showed that the cancer risks associated with formaldehyde and acetaldehyde are 3.9 and 1.5 times higher, respectively, during the dry period than during the wet period. The cancer risk in the months of dry period of the year were observed to exceed the recommended exposure limit established by National Institute for Occupational Safety and Health (NIOSH).