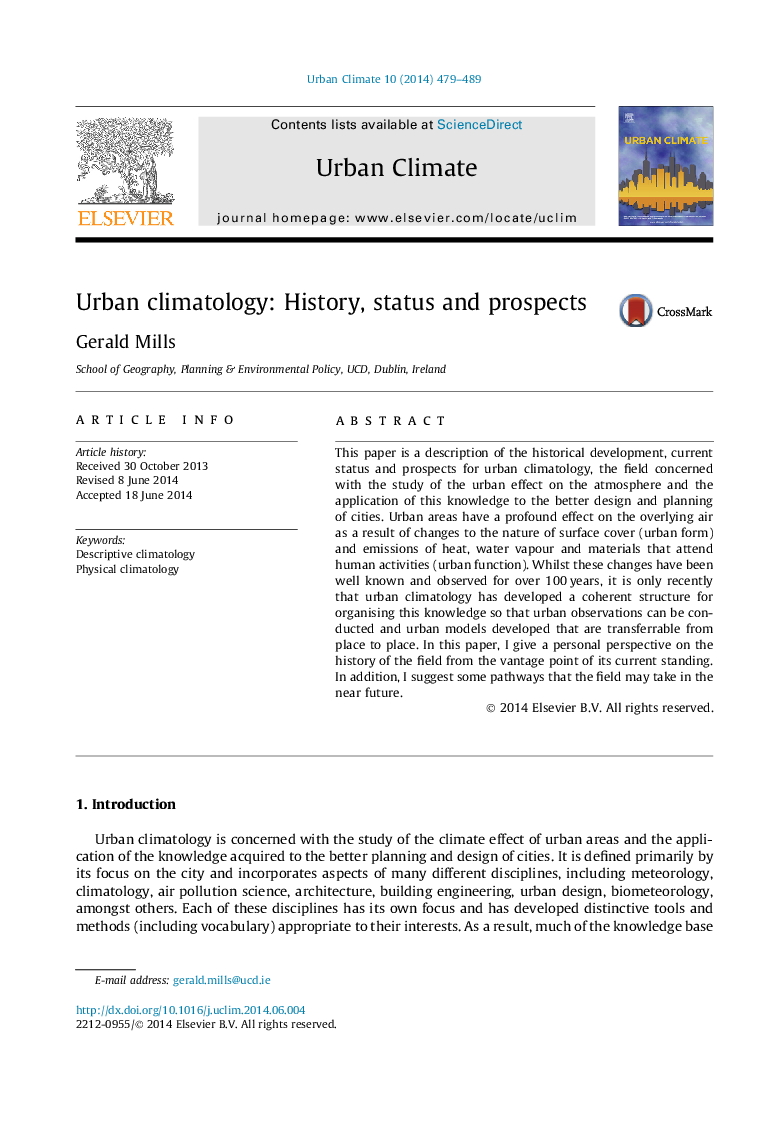 • This paper reviews progress in urban climatology (UC) since its scientific beginnings.
• It traces its development from a descriptive field of study to one that is focussed on processes.
• The urban heat island is given particular mention as an indicator of how UC has changed.
• The 1970’s was critical to its development when the methods of physical climatology were adopted.

This paper is a description of the historical development, current status and prospects for urban climatology, the field concerned with the study of the urban effect on the atmosphere and the application of this knowledge to the better design and planning of cities. Urban areas have a profound effect on the overlying air as a result of changes to the nature of surface cover (urban form) and emissions of heat, water vapour and materials that attend human activities (urban function). Whilst these changes have been well known and observed for over 100 years, it is only recently that urban climatology has developed a coherent structure for organising this knowledge so that urban observations can be conducted and urban models developed that are transferrable from place to place. In this paper, I give a personal perspective on the history of the field from the vantage point of its current standing. In addition, I suggest some pathways that the field may take in the near future.