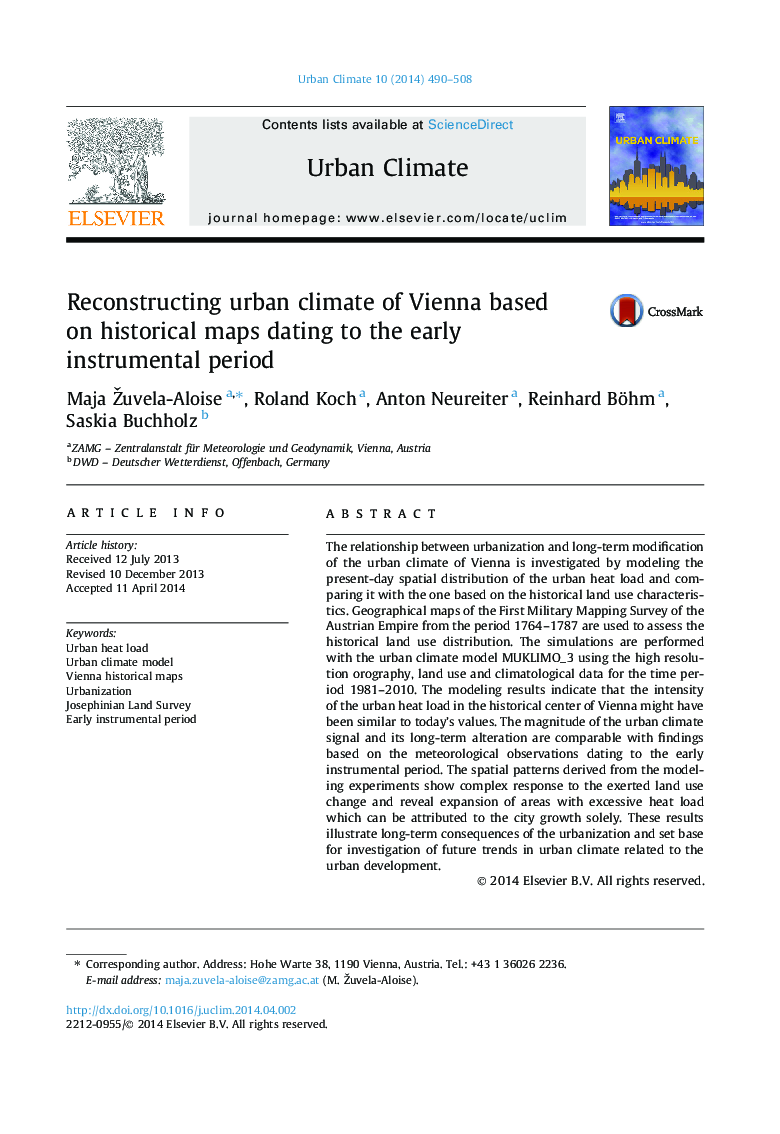 • Urban heat load in Vienna was modeled using geographical maps from the 18th century.
• Thermal load in the historical city center might have been similar to today’s values.
• 200 years of urbanization lead to expansion of areas with excessive heat load.
• Vienna temperature records indicate similar development of the UHI.

The relationship between urbanization and long-term modification of the urban climate of Vienna is investigated by modeling the present-day spatial distribution of the urban heat load and comparing it with the one based on the historical land use characteristics. Geographical maps of the First Military Mapping Survey of the Austrian Empire from the period 1764–1787 are used to assess the historical land use distribution. The simulations are performed with the urban climate model MUKLIMO_3 using the high resolution orography, land use and climatological data for the time period 1981–2010. The modeling results indicate that the intensity of the urban heat load in the historical center of Vienna might have been similar to today’s values. The magnitude of the urban climate signal and its long-term alteration are comparable with findings based on the meteorological observations dating to the early instrumental period. The spatial patterns derived from the modeling experiments show complex response to the exerted land use change and reveal expansion of areas with excessive heat load which can be attributed to the city growth solely. These results illustrate long-term consequences of the urbanization and set base for investigation of future trends in urban climate related to the urban development.