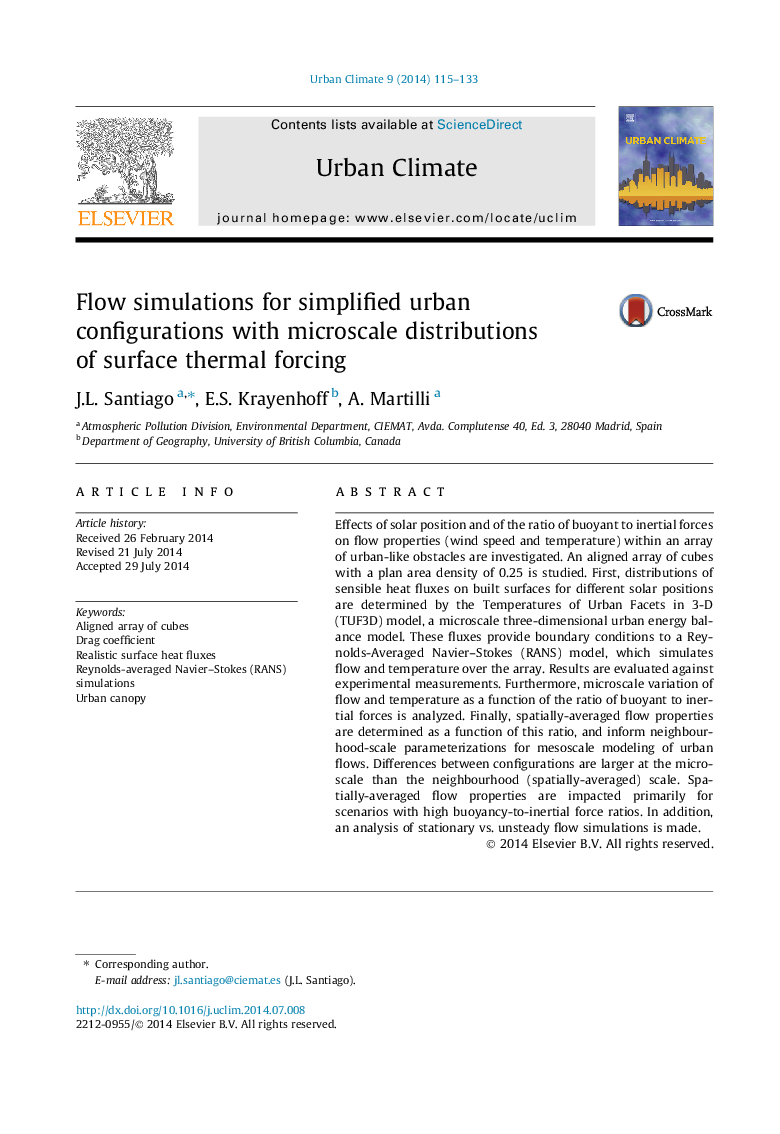 Effects of solar position and of the ratio of buoyant to inertial forces on flow properties (wind speed and temperature) within an array of urban-like obstacles are investigated. An aligned array of cubes with a plan area density of 0.25 is studied. First, distributions of sensible heat fluxes on built surfaces for different solar positions are determined by the Temperatures of Urban Facets in 3-D (TUF3D) model, a microscale three-dimensional urban energy balance model. These fluxes provide boundary conditions to a Reynolds-Averaged Navier–Stokes (RANS) model, which simulates flow and temperature over the array. Results are evaluated against experimental measurements. Furthermore, microscale variation of flow and temperature as a function of the ratio of buoyant to inertial forces is analyzed. Finally, spatially-averaged flow properties are determined as a function of this ratio, and inform neighbourhood-scale parameterizations for mesoscale modeling of urban flows. Differences between configurations are larger at the microscale than the neighbourhood (spatially-averaged) scale. Spatially-averaged flow properties are impacted primarily for scenarios with high buoyancy-to-inertial force ratios. In addition, an analysis of stationary vs. unsteady flow simulations is made.