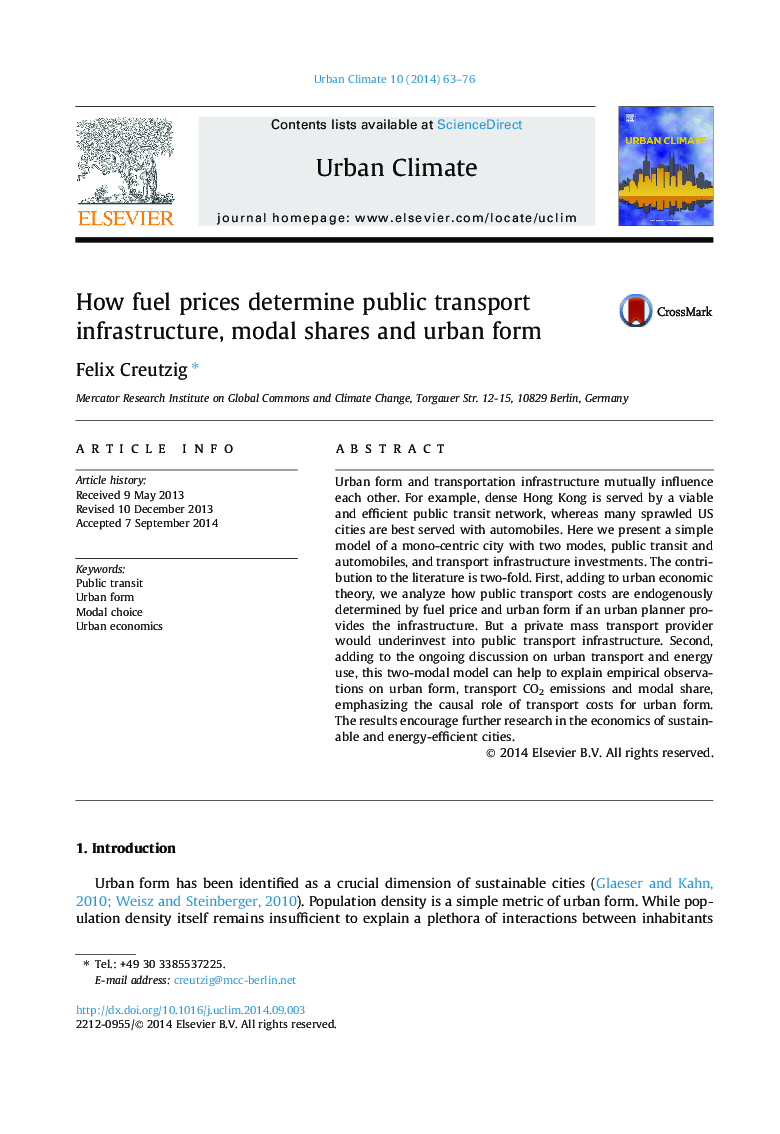 • We model a mono-centric city with two transportation modes.
• The optimal provision of public transit infrastructure is a function of urban form and fuel prices.
• When fuel prices are high, public transit is financially more viable.
• The model can explain transport CO2 emissions and modal shares of global cities.
• We hope to contribute to a renewed discussion between urban planners and economists.

Urban form and transportation infrastructure mutually influence each other. For example, dense Hong Kong is served by a viable and efficient public transit network, whereas many sprawled US cities are best served with automobiles. Here we present a simple model of a mono-centric city with two modes, public transit and automobiles, and transport infrastructure investments. The contribution to the literature is two-fold. First, adding to urban economic theory, we analyze how public transport costs are endogenously determined by fuel price and urban form if an urban planner provides the infrastructure. But a private mass transport provider would underinvest into public transport infrastructure. Second, adding to the ongoing discussion on urban transport and energy use, this two-modal model can help to explain empirical observations on urban form, transport CO2 emissions and modal share, emphasizing the causal role of transport costs for urban form. The results encourage further research in the economics of sustainable and energy-efficient cities.