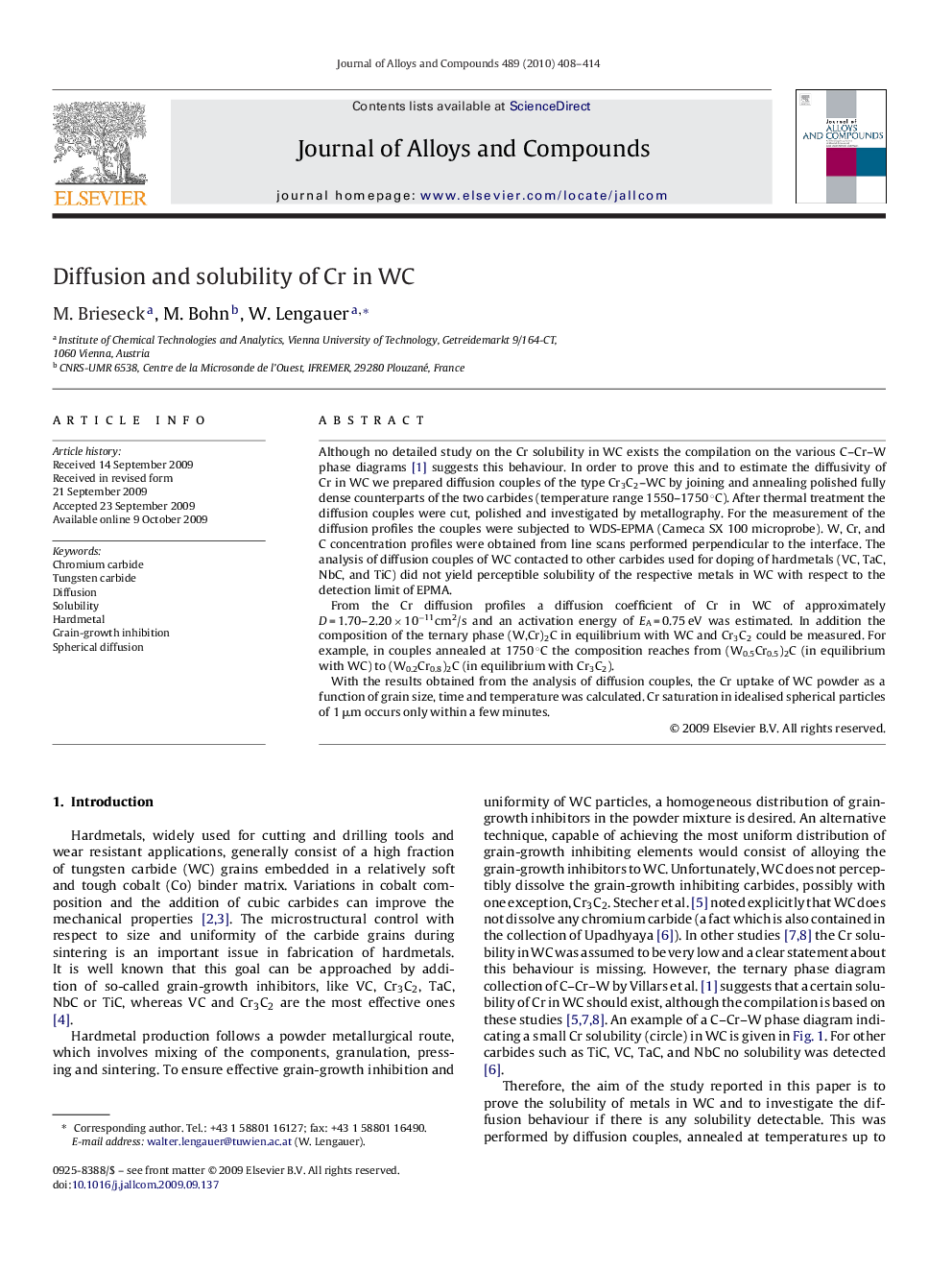 Although no detailed study on the Cr solubility in WC exists the compilation on the various C–Cr–W phase diagrams [1] suggests this behaviour. In order to prove this and to estimate the diffusivity of Cr in WC we prepared diffusion couples of the type Cr3C2–WC by joining and annealing polished fully dense counterparts of the two carbides (temperature range 1550–1750 °C). After thermal treatment the diffusion couples were cut, polished and investigated by metallography. For the measurement of the diffusion profiles the couples were subjected to WDS-EPMA (Cameca SX 100 microprobe). W, Cr, and C concentration profiles were obtained from line scans performed perpendicular to the interface. The analysis of diffusion couples of WC contacted to other carbides used for doping of hardmetals (VC, TaC, NbC, and TiC) did not yield perceptible solubility of the respective metals in WC with respect to the detection limit of EPMA.From the Cr diffusion profiles a diffusion coefficient of Cr in WC of approximately D = 1.70–2.20 × 10−11cm2/s and an activation energy of EA = 0.75 eV was estimated. In addition the composition of the ternary phase (W,Cr)2C in equilibrium with WC and Cr3C2 could be measured. For example, in couples annealed at 1750 °C the composition reaches from (W0.5Cr0.5)2C (in equilibrium with WC) to (W0.2Cr0.8)2C (in equilibrium with Cr3C2).With the results obtained from the analysis of diffusion couples, the Cr uptake of WC powder as a function of grain size, time and temperature was calculated. Cr saturation in idealised spherical particles of 1 μm occurs only within a few minutes.