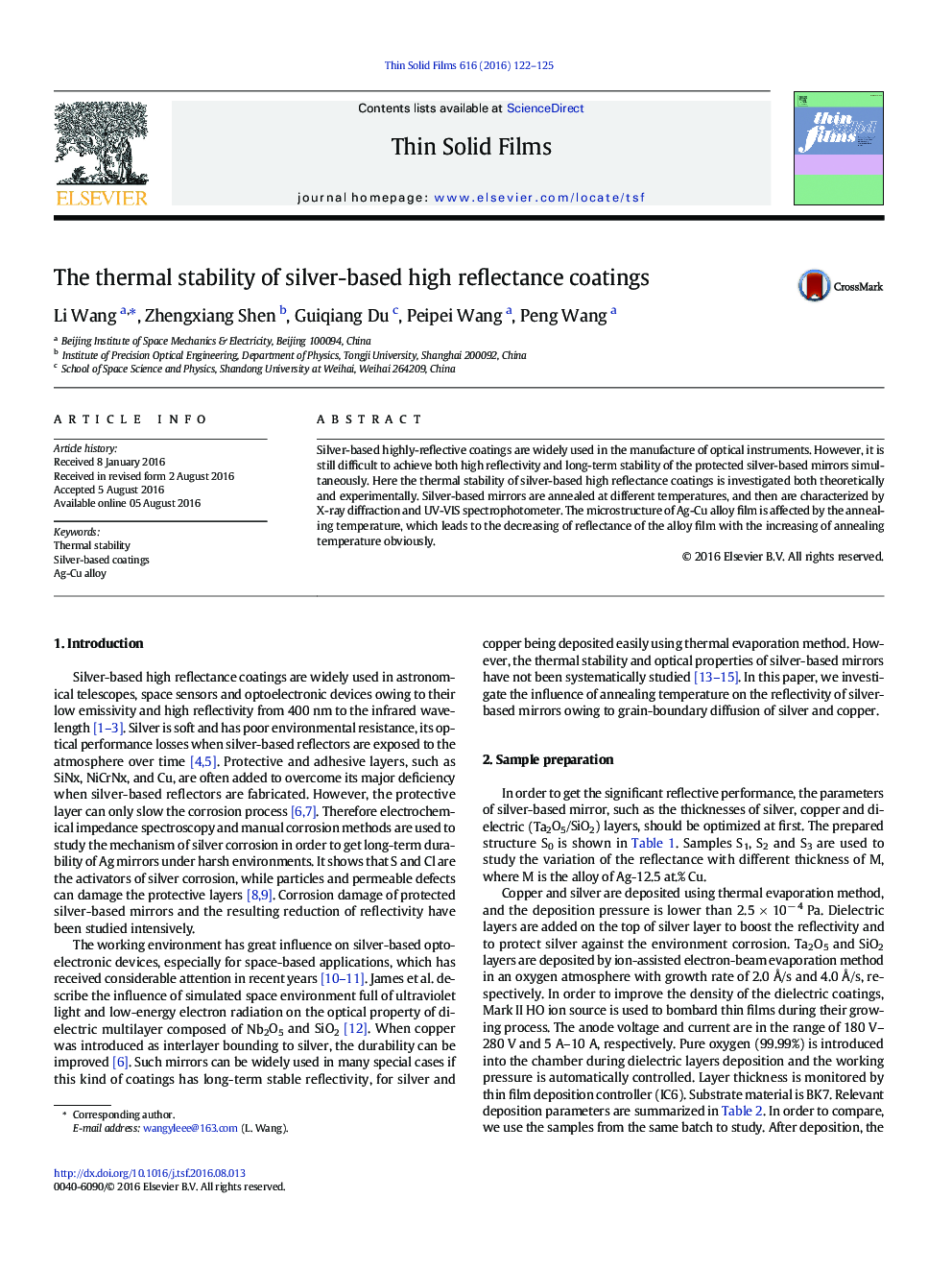 Silver-based highly-reflective coatings are widely used in the manufacture of optical instruments. However, it is still difficult to achieve both high reflectivity and long-term stability of the protected silver-based mirrors simultaneously. Here the thermal stability of silver-based high reflectance coatings is investigated both theoretically and experimentally. Silver-based mirrors are annealed at different temperatures, and then are characterized by X-ray diffraction and UV-VIS spectrophotometer. The microstructure of Ag-Cu alloy film is affected by the annealing temperature, which leads to the decreasing of reflectance of the alloy film with the increasing of annealing temperature obviously.