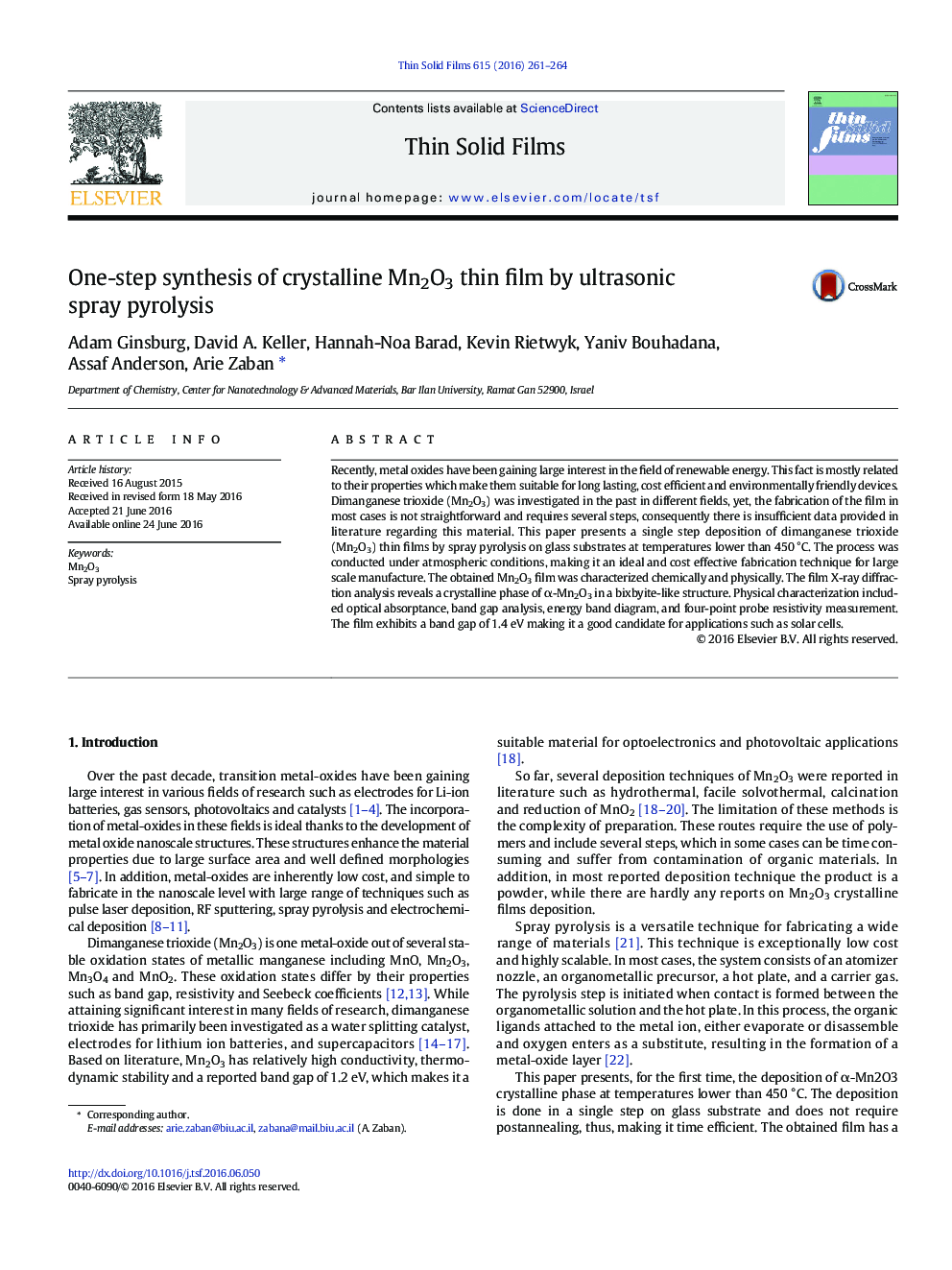 Recently, metal oxides have been gaining large interest in the field of renewable energy. This fact is mostly related to their properties which make them suitable for long lasting, cost efficient and environmentally friendly devices. Dimanganese trioxide (Mn2O3) was investigated in the past in different fields, yet, the fabrication of the film in most cases is not straightforward and requires several steps, consequently there is insufficient data provided in literature regarding this material. This paper presents a single step deposition of dimanganese trioxide (Mn2O3) thin films by spray pyrolysis on glass substrates at temperatures lower than 450 °C. The process was conducted under atmospheric conditions, making it an ideal and cost effective fabrication technique for large scale manufacture. The obtained Mn2O3 film was characterized chemically and physically. The film X-ray diffraction analysis reveals a crystalline phase of α-Mn2O3 in a bixbyite-like structure. Physical characterization included optical absorptance, band gap analysis, energy band diagram, and four-point probe resistivity measurement. The film exhibits a band gap of 1.4 eV making it a good candidate for applications such as solar cells.