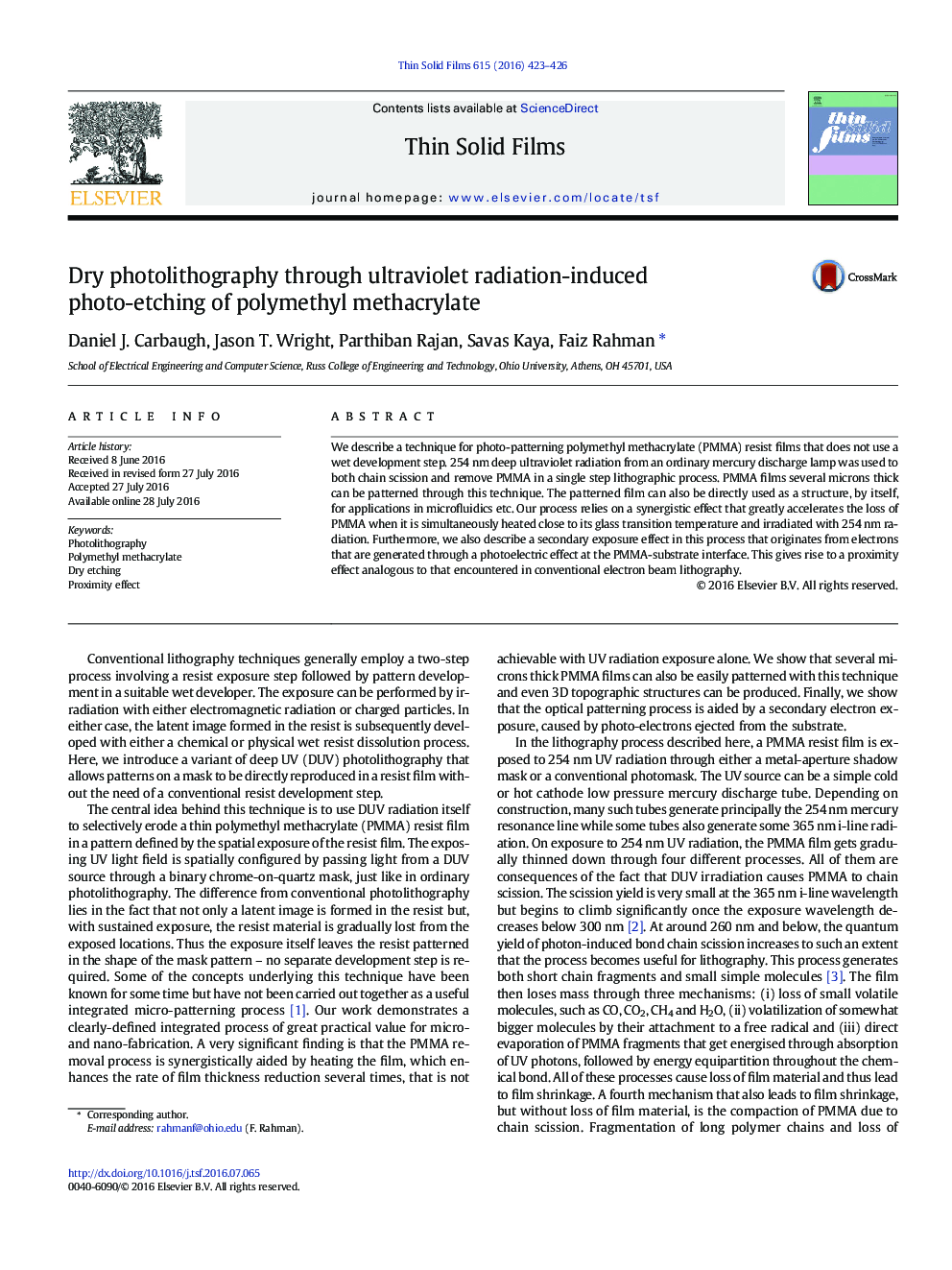 • Optical lithography that does not require wet development is demonstrated.
• Commonly used polymethyl methacrylate is used as a positive tone optical resist.
• A thermal/optical synergistic self-developing resist process is described.
• Effect of photoelectron emission from substrate surface is described.

We describe a technique for photo-patterning polymethyl methacrylate (PMMA) resist films that does not use a wet development step. 254 nm deep ultraviolet radiation from an ordinary mercury discharge lamp was used to both chain scission and remove PMMA in a single step lithographic process. PMMA films several microns thick can be patterned through this technique. The patterned film can also be directly used as a structure, by itself, for applications in microfluidics etc. Our process relies on a synergistic effect that greatly accelerates the loss of PMMA when it is simultaneously heated close to its glass transition temperature and irradiated with 254 nm radiation. Furthermore, we also describe a secondary exposure effect in this process that originates from electrons that are generated through a photoelectric effect at the PMMA-substrate interface. This gives rise to a proximity effect analogous to that encountered in conventional electron beam lithography.