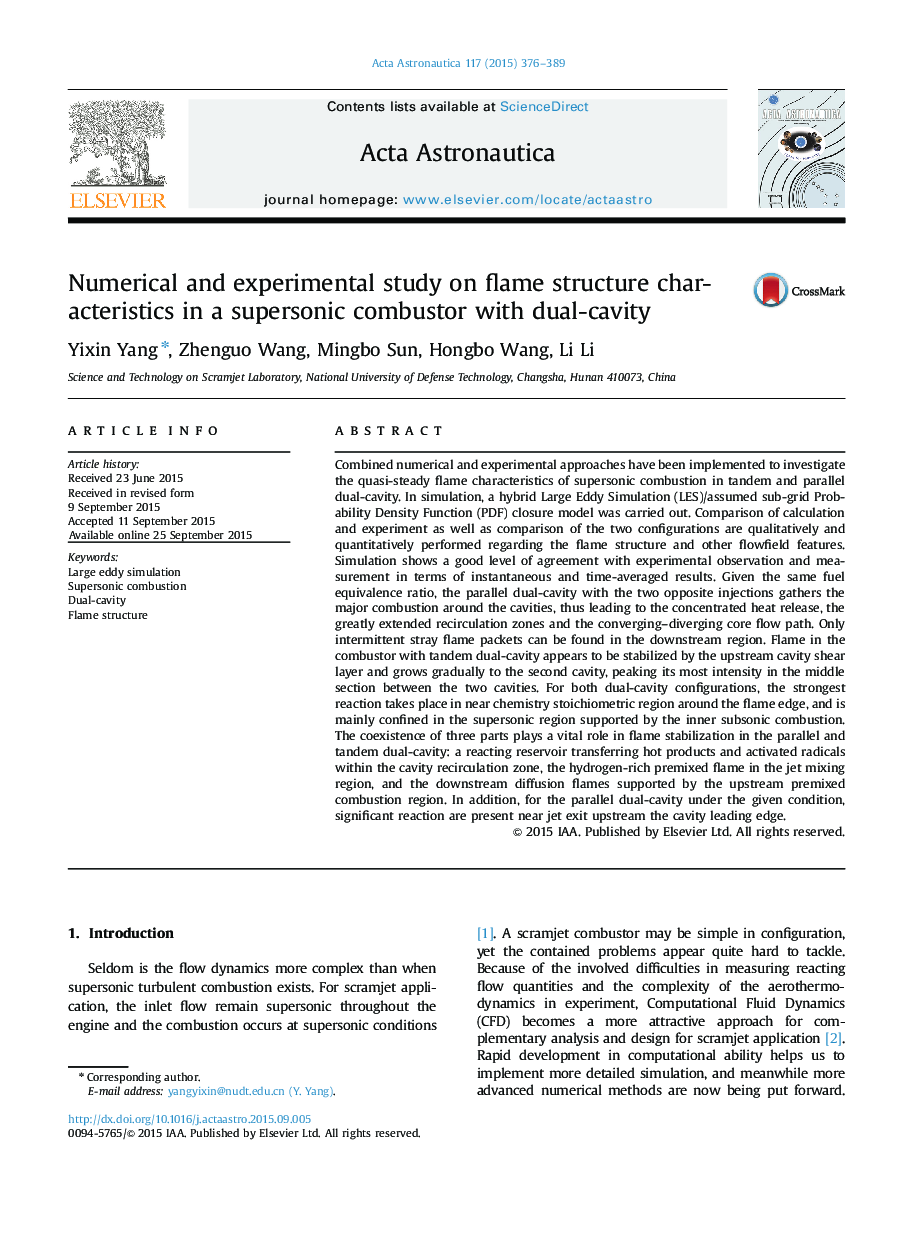 Combined numerical and experimental approaches have been implemented to investigate the quasi-steady flame characteristics of supersonic combustion in tandem and parallel dual-cavity. In simulation, a hybrid Large Eddy Simulation (LES)/assumed sub-grid Probability Density Function (PDF) closure model was carried out. Comparison of calculation and experiment as well as comparison of the two configurations are qualitatively and quantitatively performed regarding the flame structure and other flowfield features. Simulation shows a good level of agreement with experimental observation and measurement in terms of instantaneous and time-averaged results. Given the same fuel equivalence ratio, the parallel dual-cavity with the two opposite injections gathers the major combustion around the cavities, thus leading to the concentrated heat release, the greatly extended recirculation zones and the converging–diverging core flow path. Only intermittent stray flame packets can be found in the downstream region. Flame in the combustor with tandem dual-cavity appears to be stabilized by the upstream cavity shear layer and grows gradually to the second cavity, peaking its most intensity in the middle section between the two cavities. For both dual-cavity configurations, the strongest reaction takes place in near chemistry stoichiometric region around the flame edge, and is mainly confined in the supersonic region supported by the inner subsonic combustion. The coexistence of three parts plays a vital role in flame stabilization in the parallel and tandem dual-cavity: a reacting reservoir transferring hot products and activated radicals within the cavity recirculation zone, the hydrogen-rich premixed flame in the jet mixing region, and the downstream diffusion flames supported by the upstream premixed combustion region. In addition, for the parallel dual-cavity under the given condition, significant reaction are present near jet exit upstream the cavity leading edge.