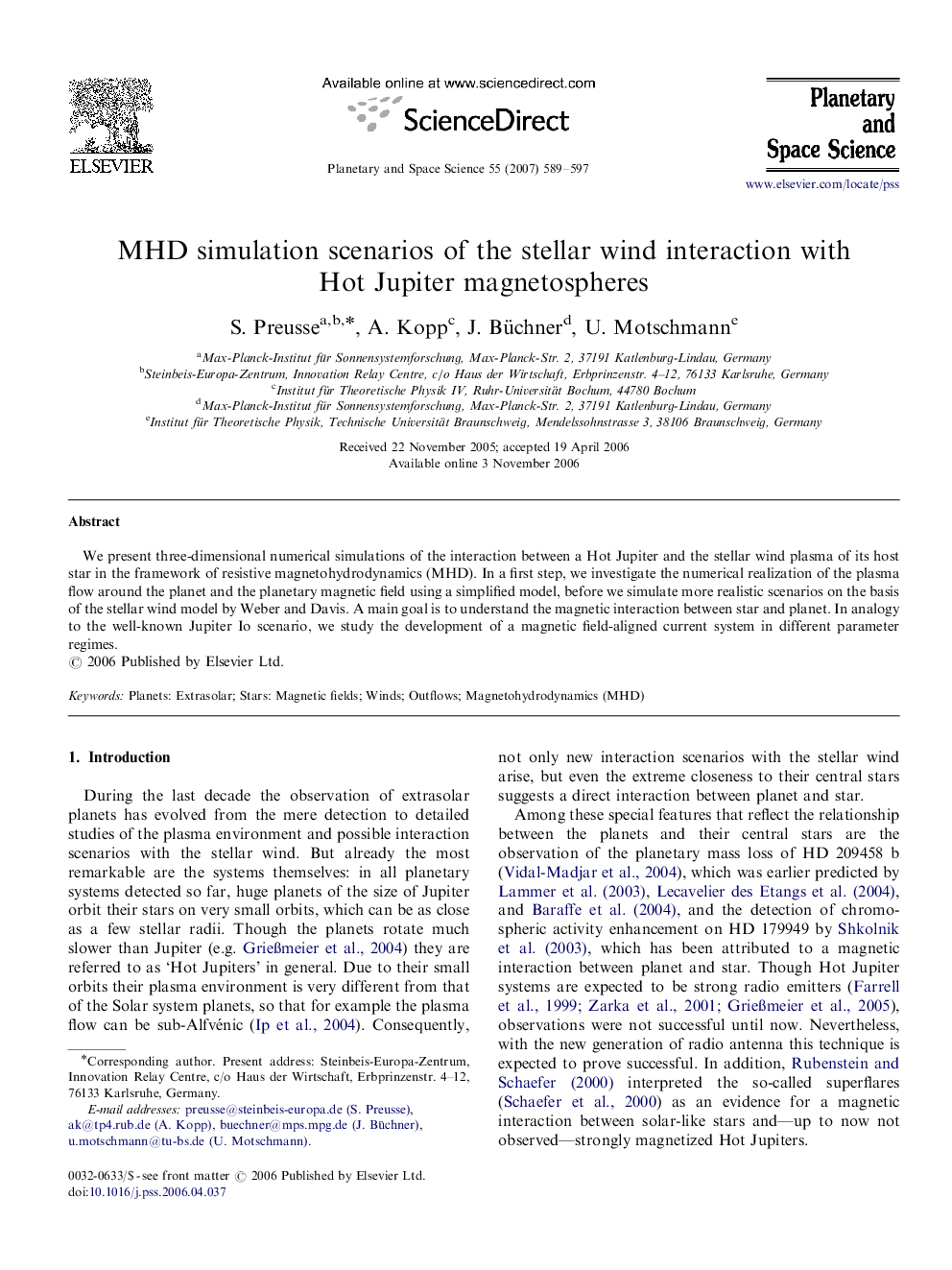 We present three-dimensional numerical simulations of the interaction between a Hot Jupiter and the stellar wind plasma of its host star in the framework of resistive magnetohydrodynamics (MHD). In a first step, we investigate the numerical realization of the plasma flow around the planet and the planetary magnetic field using a simplified model, before we simulate more realistic scenarios on the basis of the stellar wind model by Weber and Davis. A main goal is to understand the magnetic interaction between star and planet. In analogy to the well-known Jupiter Io scenario, we study the development of a magnetic field-aligned current system in different parameter regimes.