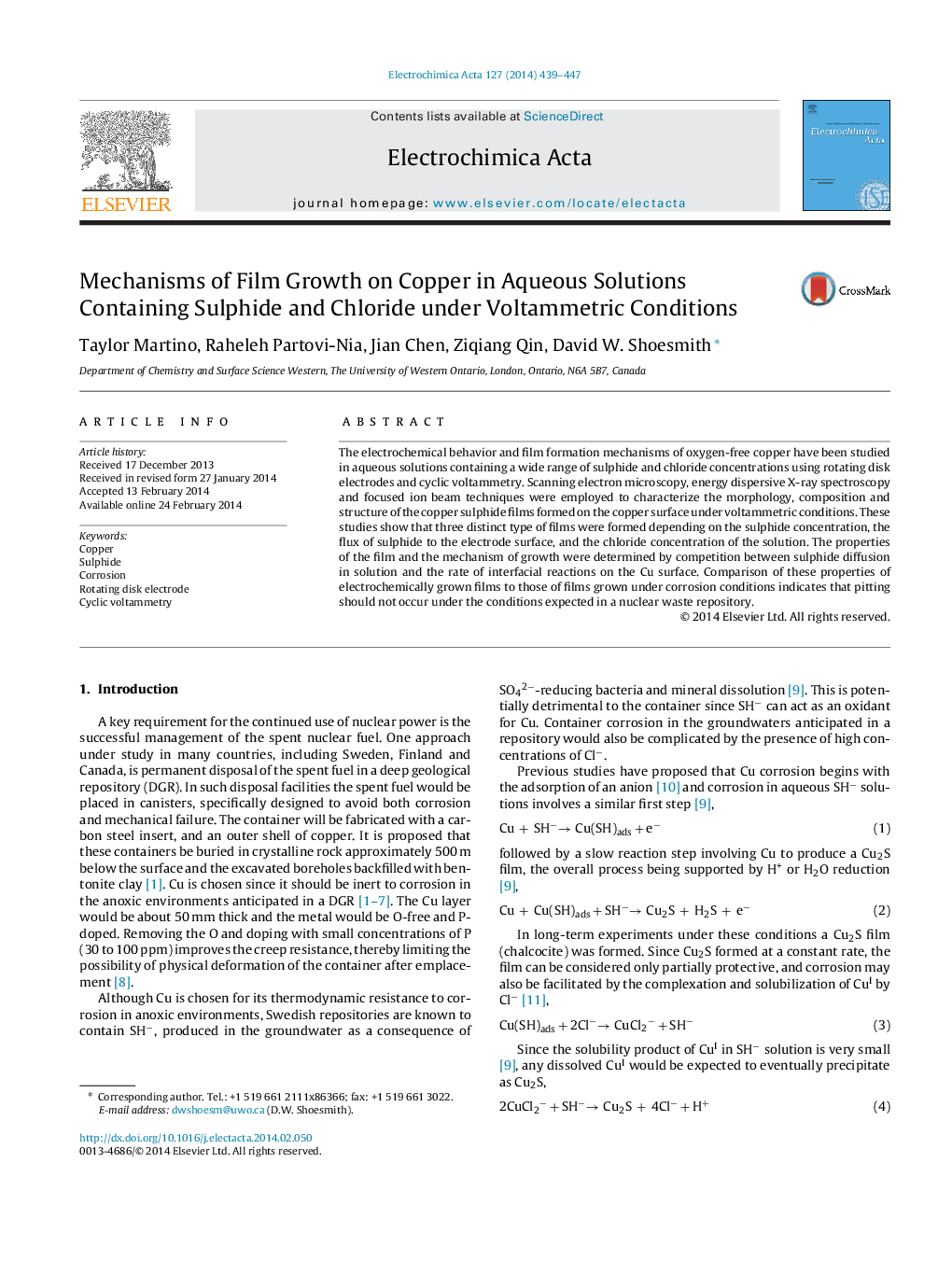 • Three type of films were formed depending on water chemistry and SH− flux.
• The film properties and its growth mechanism were determined.
• The possibility of pitting corrosion under a nuclear waste repository was discussed.

The electrochemical behavior and film formation mechanisms of oxygen-free copper have been studied in aqueous solutions containing a wide range of sulphide and chloride concentrations using rotating disk electrodes and cyclic voltammetry. Scanning electron microscopy, energy dispersive X-ray spectroscopy and focused ion beam techniques were employed to characterize the morphology, composition and structure of the copper sulphide films formed on the copper surface under voltammetric conditions. These studies show that three distinct type of films were formed depending on the sulphide concentration, the flux of sulphide to the electrode surface, and the chloride concentration of the solution. The properties of the film and the mechanism of growth were determined by competition between sulphide diffusion in solution and the rate of interfacial reactions on the Cu surface. Comparison of these properties of electrochemically grown films to those of films grown under corrosion conditions indicates that pitting should not occur under the conditions expected in a nuclear waste repository.