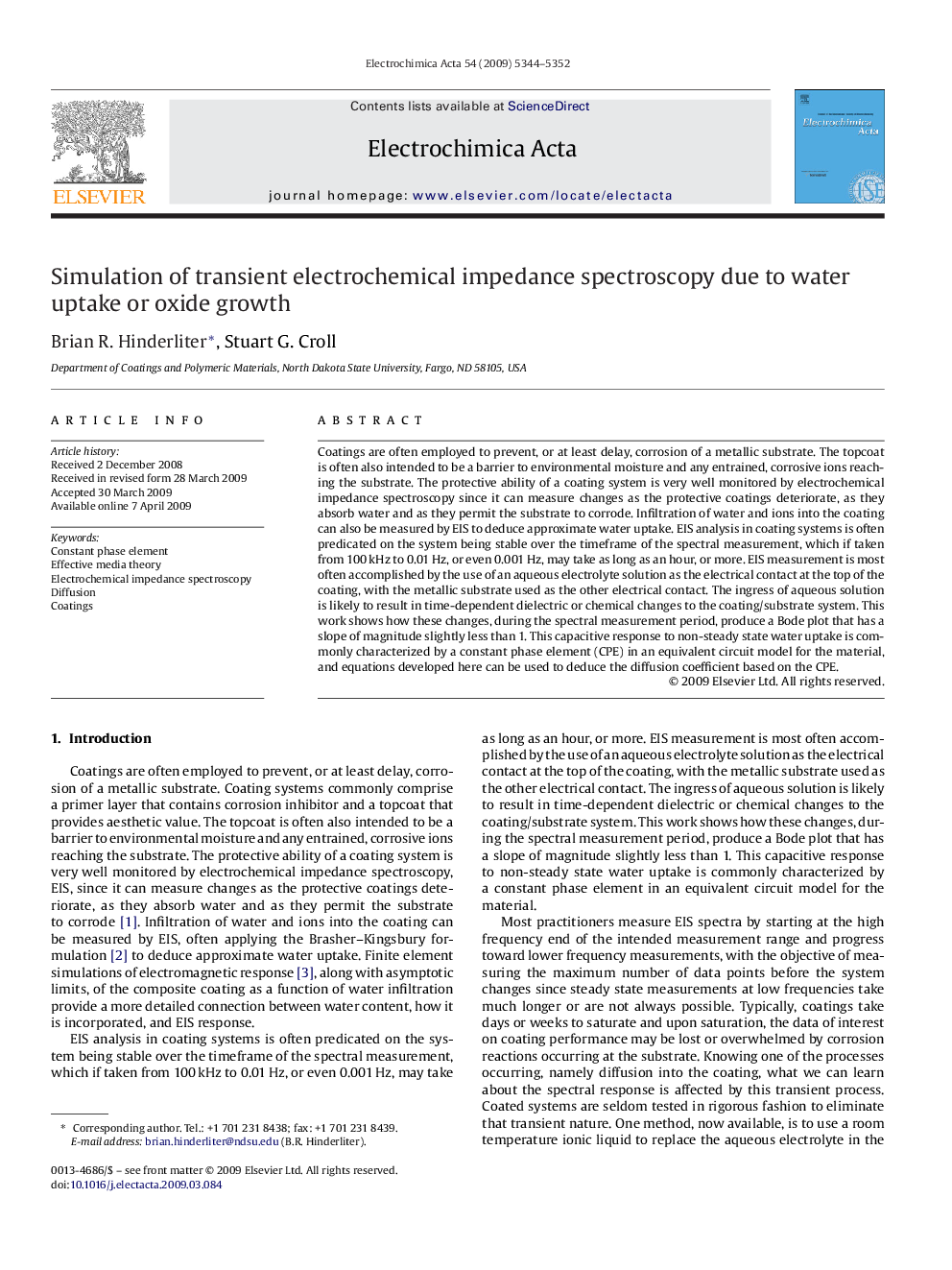 Coatings are often employed to prevent, or at least delay, corrosion of a metallic substrate. The topcoat is often also intended to be a barrier to environmental moisture and any entrained, corrosive ions reaching the substrate. The protective ability of a coating system is very well monitored by electrochemical impedance spectroscopy since it can measure changes as the protective coatings deteriorate, as they absorb water and as they permit the substrate to corrode. Infiltration of water and ions into the coating can also be measured by EIS to deduce approximate water uptake. EIS analysis in coating systems is often predicated on the system being stable over the timeframe of the spectral measurement, which if taken from 100 kHz to 0.01 Hz, or even 0.001 Hz, may take as long as an hour, or more. EIS measurement is most often accomplished by the use of an aqueous electrolyte solution as the electrical contact at the top of the coating, with the metallic substrate used as the other electrical contact. The ingress of aqueous solution is likely to result in time-dependent dielectric or chemical changes to the coating/substrate system. This work shows how these changes, during the spectral measurement period, produce a Bode plot that has a slope of magnitude slightly less than 1. This capacitive response to non-steady state water uptake is commonly characterized by a constant phase element (CPE) in an equivalent circuit model for the material, and equations developed here can be used to deduce the diffusion coefficient based on the CPE.