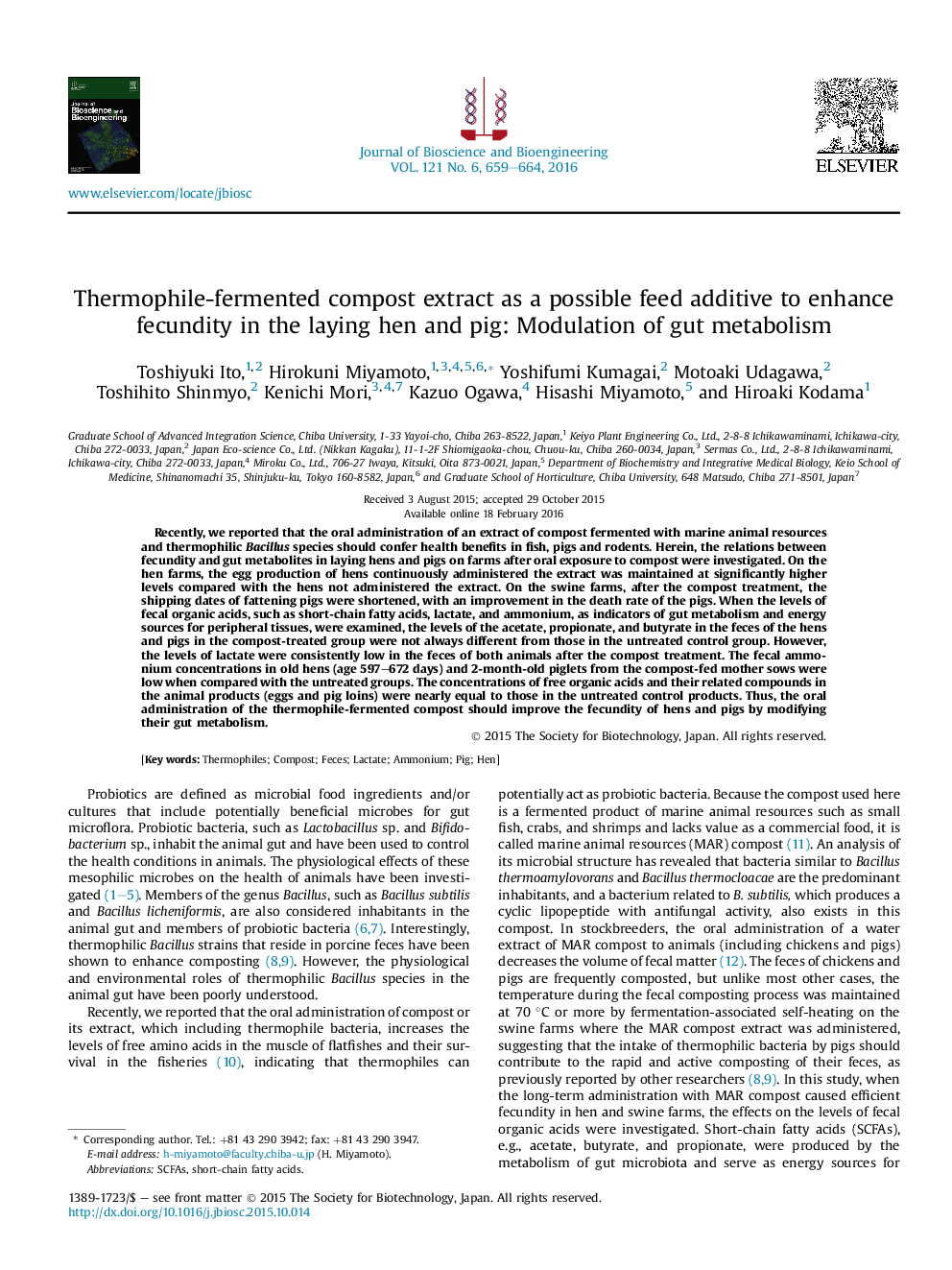 Recently, we reported that the oral administration of an extract of compost fermented with marine animal resources and thermophilic Bacillus species should confer health benefits in fish, pigs and rodents. Herein, the relations between fecundity and gut metabolites in laying hens and pigs on farms after oral exposure to compost were investigated. On the hen farms, the egg production of hens continuously administered the extract was maintained at significantly higher levels compared with the hens not administered the extract. On the swine farms, after the compost treatment, the shipping dates of fattening pigs were shortened, with an improvement in the death rate of the pigs. When the levels of fecal organic acids, such as short-chain fatty acids, lactate, and ammonium, as indicators of gut metabolism and energy sources for peripheral tissues, were examined, the levels of the acetate, propionate, and butyrate in the feces of the hens and pigs in the compost-treated group were not always different from those in the untreated control group. However, the levels of lactate were consistently low in the feces of both animals after the compost treatment. The fecal ammonium concentrations in old hens (age 597–672 days) and 2-month-old piglets from the compost-fed mother sows were low when compared with the untreated groups. The concentrations of free organic acids and their related compounds in the animal products (eggs and pig loins) were nearly equal to those in the untreated control products. Thus, the oral administration of the thermophile-fermented compost should improve the fecundity of hens and pigs by modifying their gut metabolism.