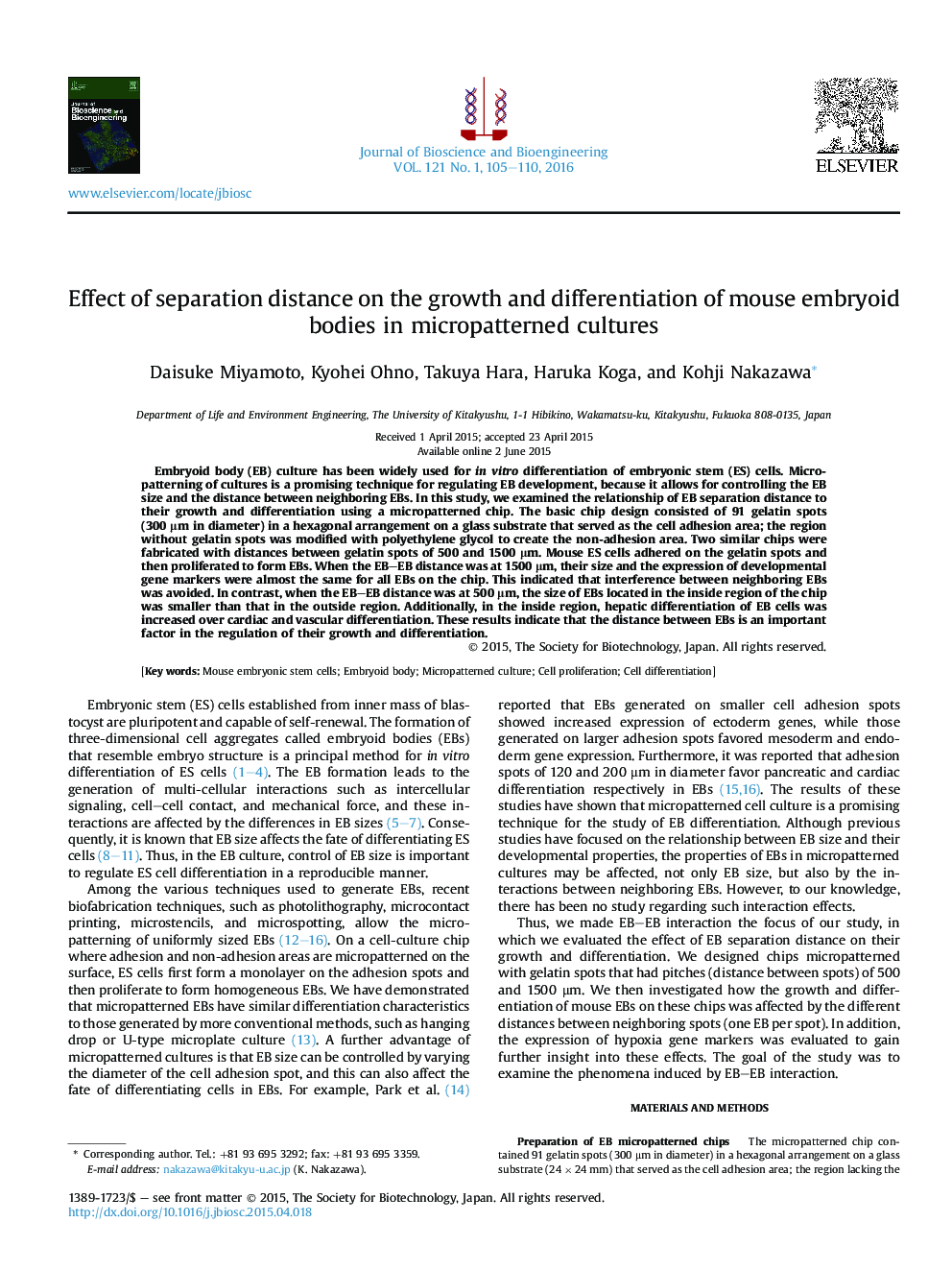 Embryoid body (EB) culture has been widely used for in vitro differentiation of embryonic stem (ES) cells. Micropatterning of cultures is a promising technique for regulating EB development, because it allows for controlling the EB size and the distance between neighboring EBs. In this study, we examined the relationship of EB separation distance to their growth and differentiation using a micropatterned chip. The basic chip design consisted of 91 gelatin spots (300 μm in diameter) in a hexagonal arrangement on a glass substrate that served as the cell adhesion area; the region without gelatin spots was modified with polyethylene glycol to create the non-adhesion area. Two similar chips were fabricated with distances between gelatin spots of 500 and 1500 μm. Mouse ES cells adhered on the gelatin spots and then proliferated to form EBs. When the EB–EB distance was at 1500 μm, their size and the expression of developmental gene markers were almost the same for all EBs on the chip. This indicated that interference between neighboring EBs was avoided. In contrast, when the EB–EB distance was at 500 μm, the size of EBs located in the inside region of the chip was smaller than that in the outside region. Additionally, in the inside region, hepatic differentiation of EB cells was increased over cardiac and vascular differentiation. These results indicate that the distance between EBs is an important factor in the regulation of their growth and differentiation.