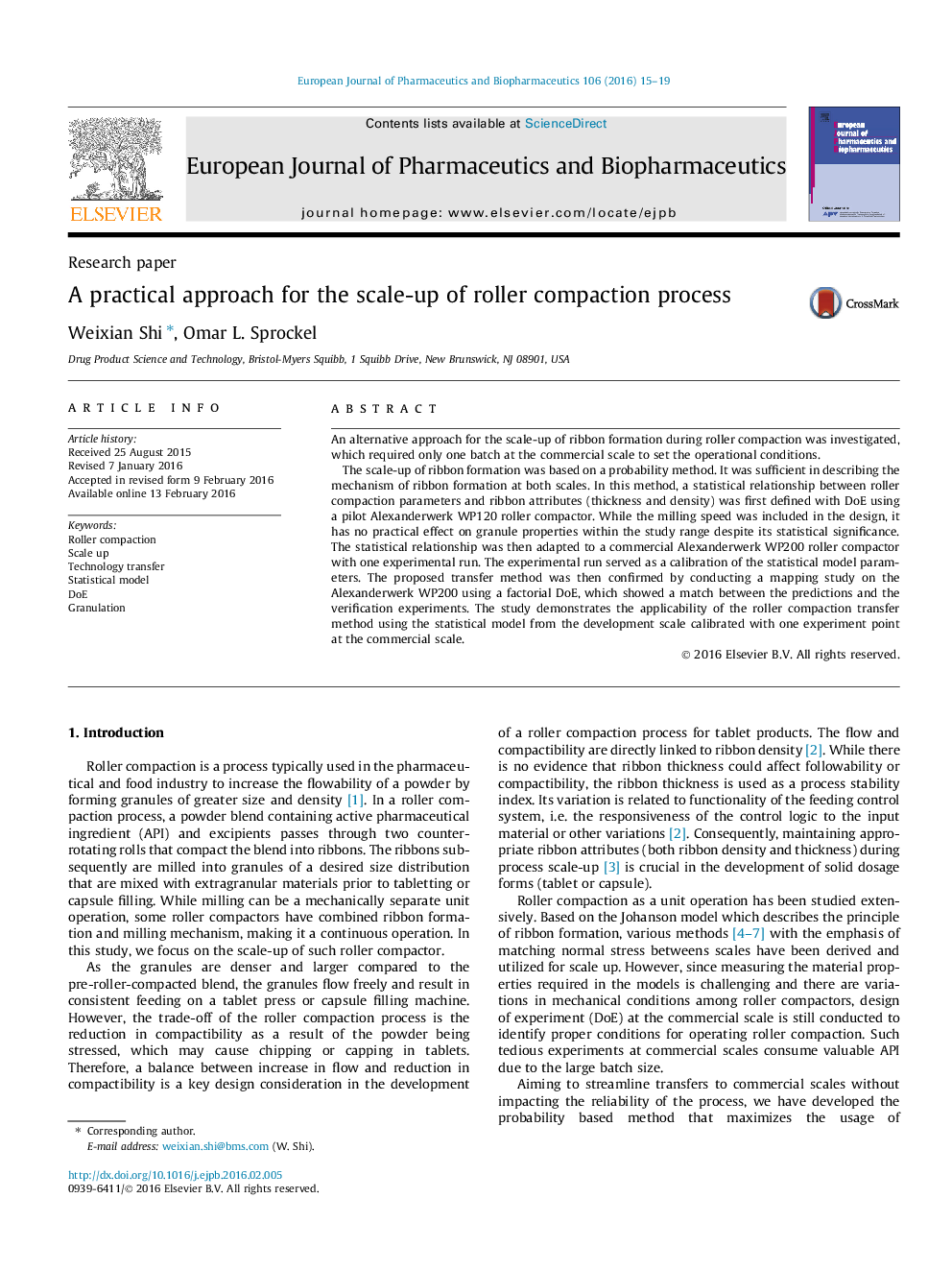 An alternative approach for the scale-up of ribbon formation during roller compaction was investigated, which required only one batch at the commercial scale to set the operational conditions.The scale-up of ribbon formation was based on a probability method. It was sufficient in describing the mechanism of ribbon formation at both scales. In this method, a statistical relationship between roller compaction parameters and ribbon attributes (thickness and density) was first defined with DoE using a pilot Alexanderwerk WP120 roller compactor. While the milling speed was included in the design, it has no practical effect on granule properties within the study range despite its statistical significance. The statistical relationship was then adapted to a commercial Alexanderwerk WP200 roller compactor with one experimental run. The experimental run served as a calibration of the statistical model parameters. The proposed transfer method was then confirmed by conducting a mapping study on the Alexanderwerk WP200 using a factorial DoE, which showed a match between the predictions and the verification experiments. The study demonstrates the applicability of the roller compaction transfer method using the statistical model from the development scale calibrated with one experiment point at the commercial scale.