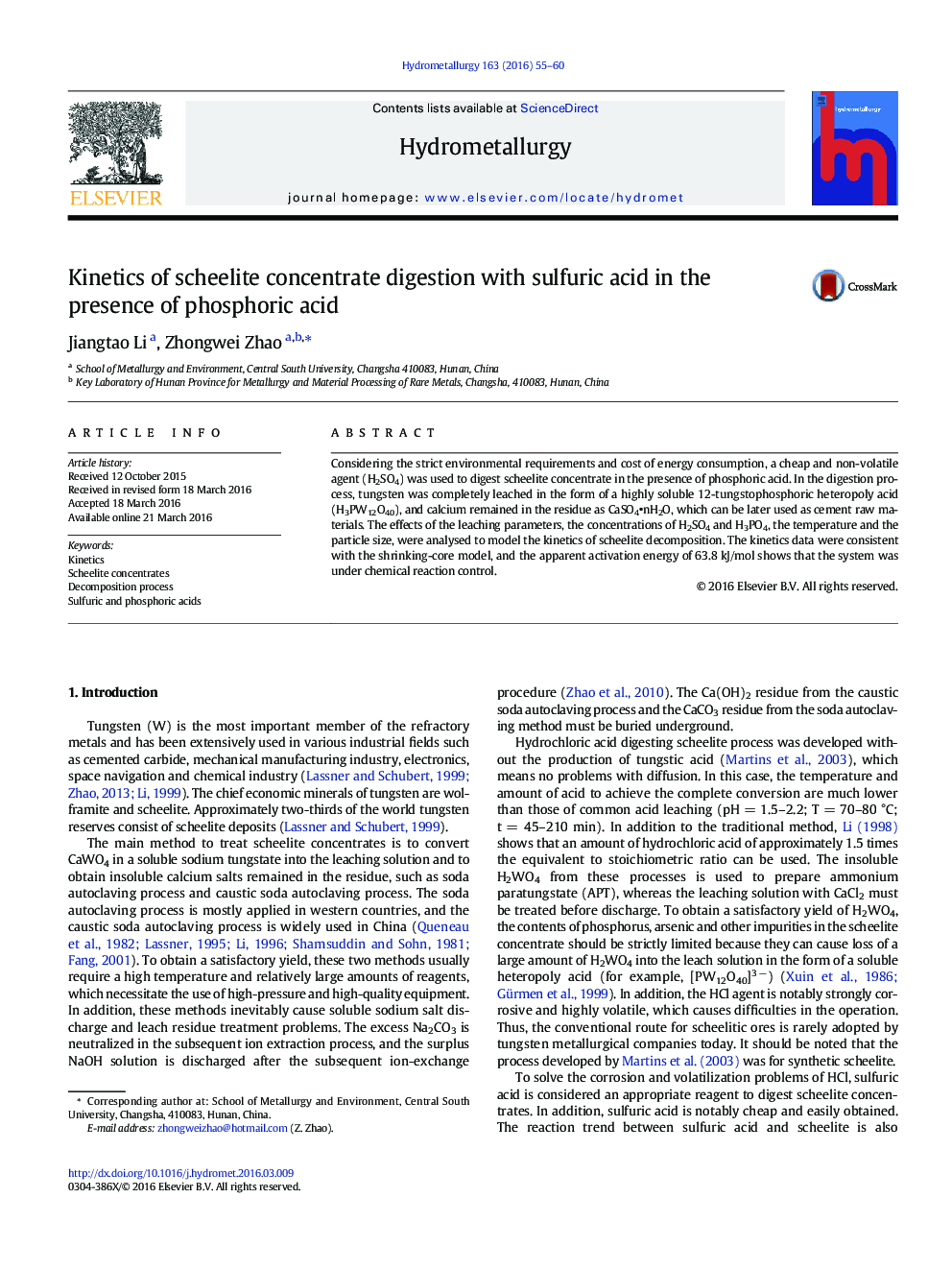 Considering the strict environmental requirements and cost of energy consumption, a cheap and non-volatile agent (H2SO4) was used to digest scheelite concentrate in the presence of phosphoric acid. In the digestion process, tungsten was completely leached in the form of a highly soluble 12-tungstophosphoric heteropoly acid (H3PW12O40), and calcium remained in the residue as CaSO4
• nH2O, which can be later used as cement raw materials. The effects of the leaching parameters, the concentrations of H2SO4 and H3PO4, the temperature and the particle size, were analysed to model the kinetics of scheelite decomposition. The kinetics data were consistent with the shrinking-core model, and the apparent activation energy of 63.8 kJ/mol shows that the system was under chemical reaction control.