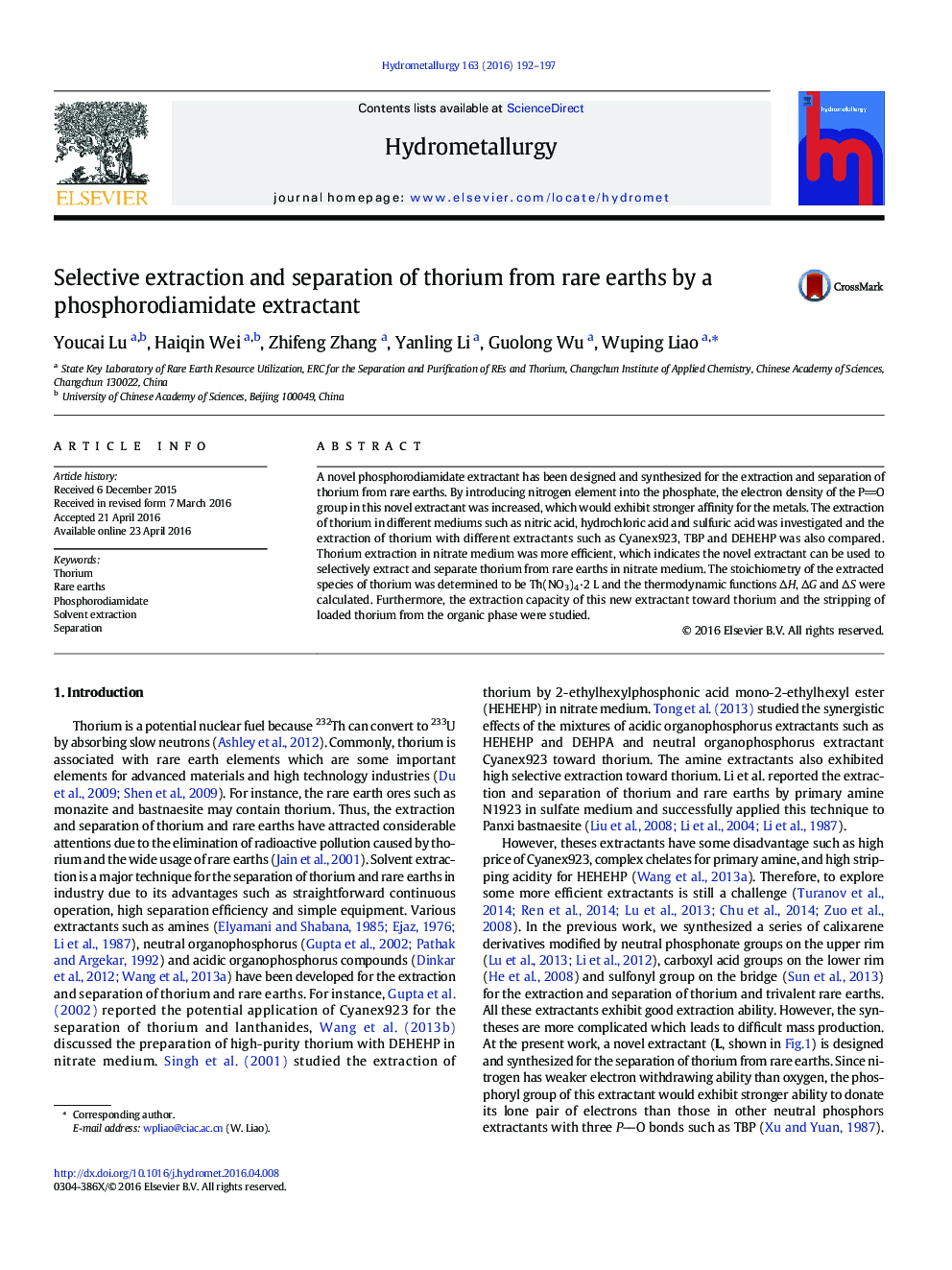 A novel phosphorodiamidate extractant has been designed and synthesized for the extraction and separation of thorium from rare earths. By introducing nitrogen element into the phosphate, the electron density of the PO group in this novel extractant was increased, which would exhibit stronger affinity for the metals. The extraction of thorium in different mediums such as nitric acid, hydrochloric acid and sulfuric acid was investigated and the extraction of thorium with different extractants such as Cyanex923, TBP and DEHEHP was also compared. Thorium extraction in nitrate medium was more efficient, which indicates the novel extractant can be used to selectively extract and separate thorium from rare earths in nitrate medium. The stoichiometry of the extracted species of thorium was determined to be Th(NO3)4·2 L and the thermodynamic functions ΔH, ΔG and ΔS were calculated. Furthermore, the extraction capacity of this new extractant toward thorium and the stripping of loaded thorium from the organic phase were studied.