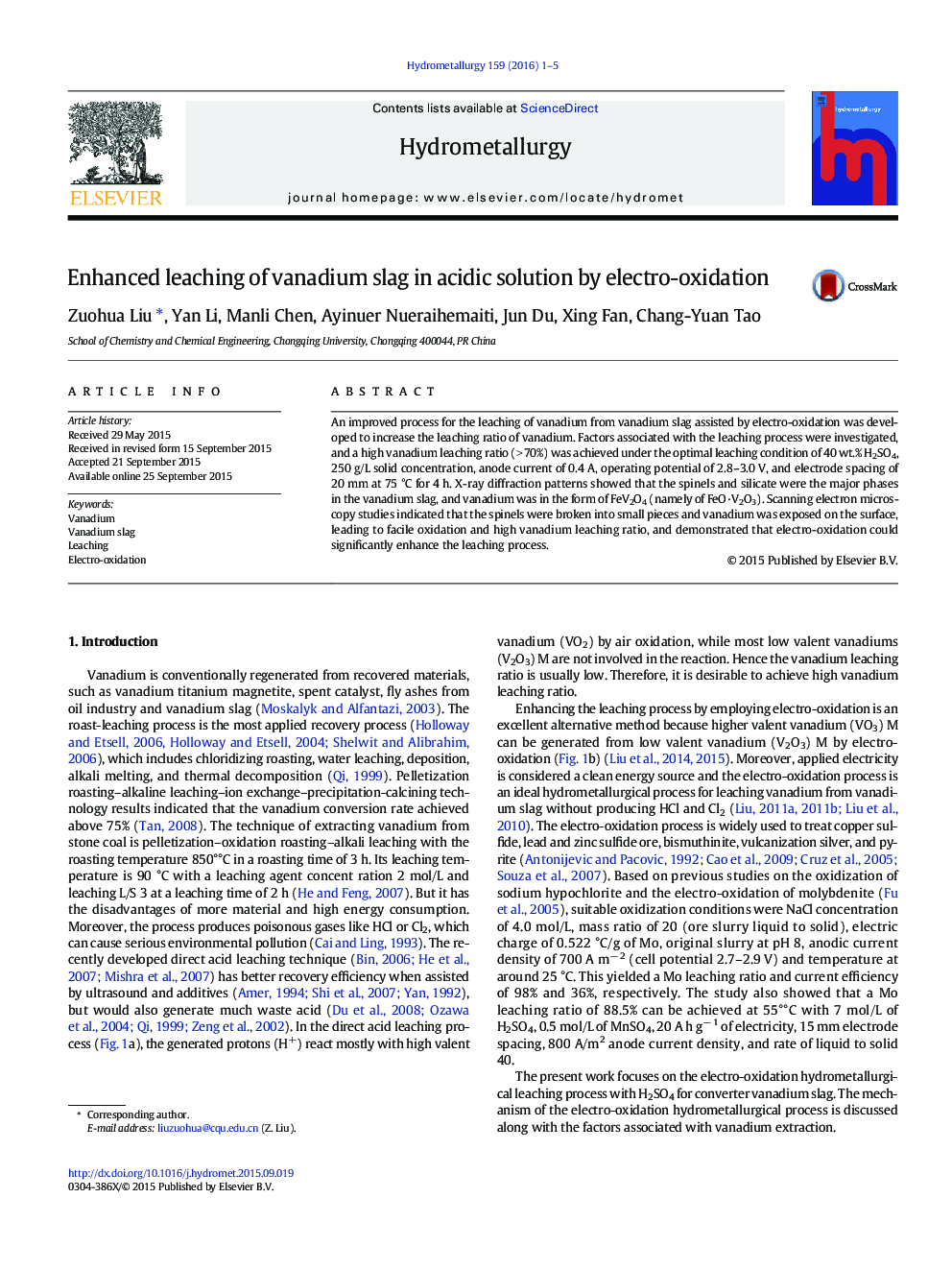 An improved process for the leaching of vanadium from vanadium slag assisted by electro-oxidation was developed to increase the leaching ratio of vanadium. Factors associated with the leaching process were investigated, and a high vanadium leaching ratio (> 70%) was achieved under the optimal leaching condition of 40 wt.% H2SO4, 250 g/L solid concentration, anode current of 0.4 A, operating potential of 2.8–3.0 V, and electrode spacing of 20 mm at 75 °C for 4 h. X-ray diffraction patterns showed that the spinels and silicate were the major phases in the vanadium slag, and vanadium was in the form of FeV2O4 (namely of FeO·V2O3). Scanning electron microscopy studies indicated that the spinels were broken into small pieces and vanadium was exposed on the surface, leading to facile oxidation and high vanadium leaching ratio, and demonstrated that electro-oxidation could significantly enhance the leaching process.