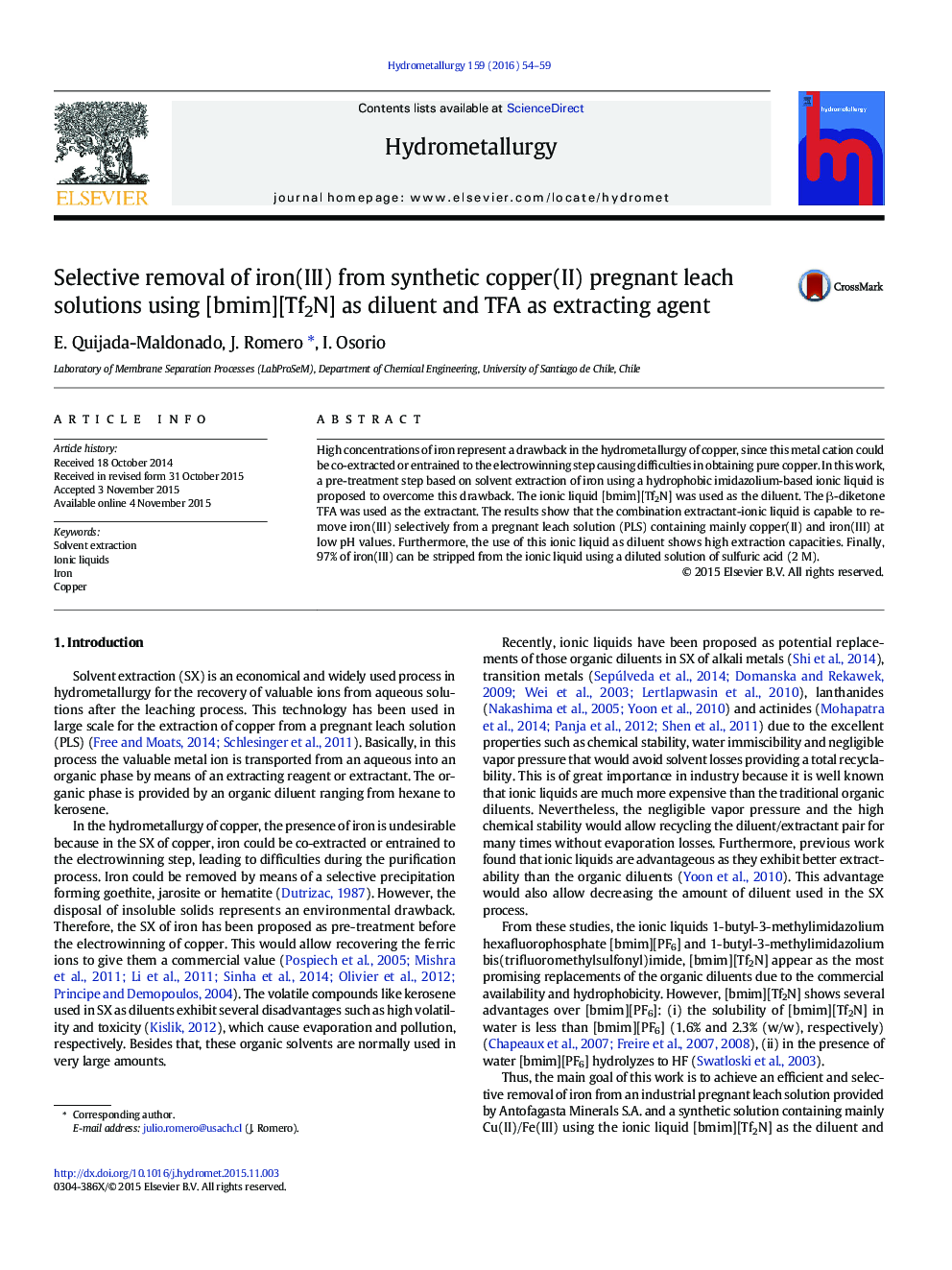 High concentrations of iron represent a drawback in the hydrometallurgy of copper, since this metal cation could be co-extracted or entrained to the electrowinning step causing difficulties in obtaining pure copper. In this work, a pre-treatment step based on solvent extraction of iron using a hydrophobic imidazolium-based ionic liquid is proposed to overcome this drawback. The ionic liquid [bmim][Tf2N] was used as the diluent. The β-diketone TFA was used as the extractant. The results show that the combination extractant-ionic liquid is capable to remove iron(III) selectively from a pregnant leach solution (PLS) containing mainly copper(II) and iron(III) at low pH values. Furthermore, the use of this ionic liquid as diluent shows high extraction capacities. Finally, 97% of iron(III) can be stripped from the ionic liquid using a diluted solution of sulfuric acid (2 M).