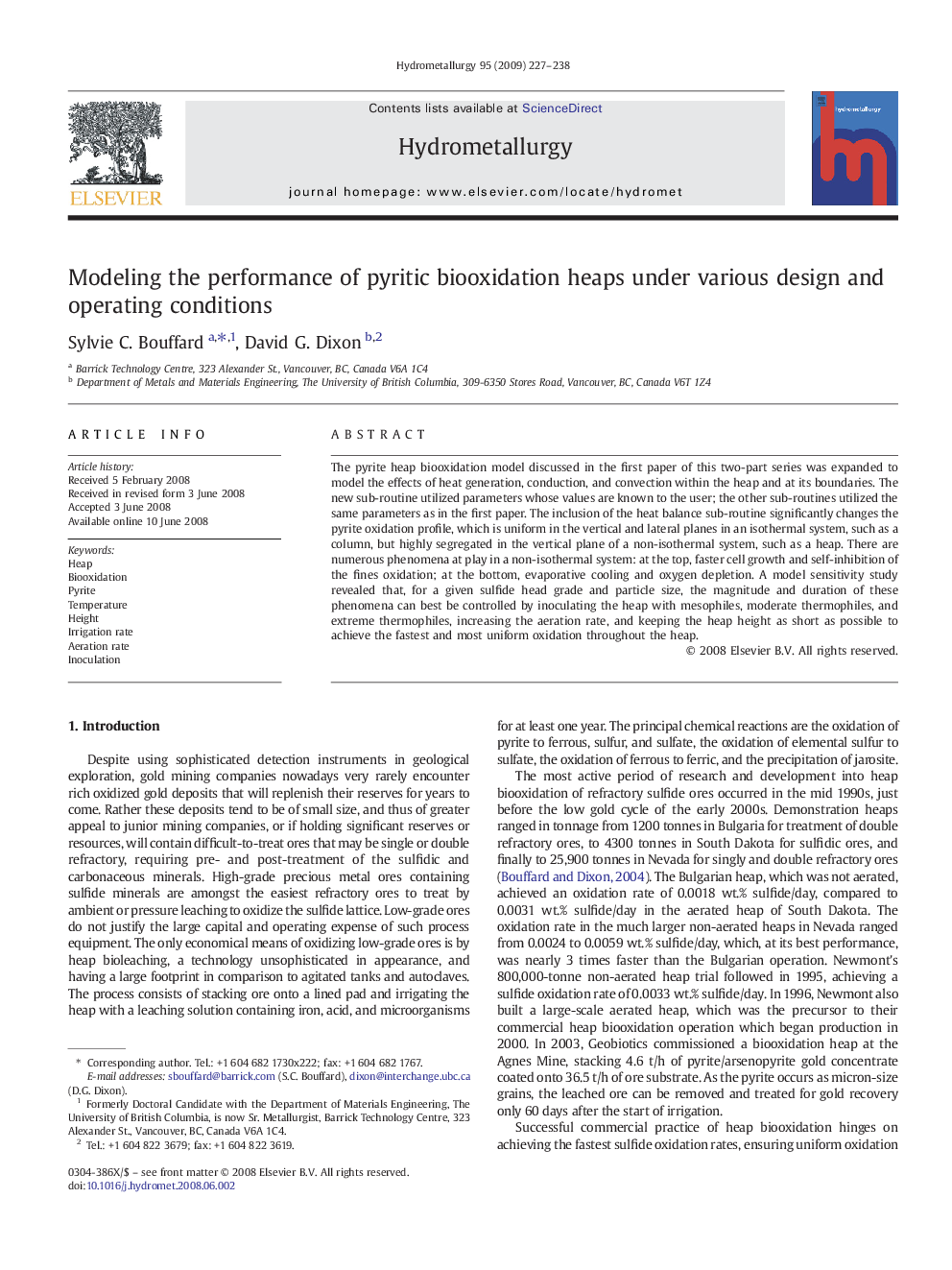 The pyrite heap biooxidation model discussed in the first paper of this two-part series was expanded to model the effects of heat generation, conduction, and convection within the heap and at its boundaries. The new sub-routine utilized parameters whose values are known to the user; the other sub-routines utilized the same parameters as in the first paper. The inclusion of the heat balance sub-routine significantly changes the pyrite oxidation profile, which is uniform in the vertical and lateral planes in an isothermal system, such as a column, but highly segregated in the vertical plane of a non-isothermal system, such as a heap. There are numerous phenomena at play in a non-isothermal system: at the top, faster cell growth and self-inhibition of the fines oxidation; at the bottom, evaporative cooling and oxygen depletion. A model sensitivity study revealed that, for a given sulfide head grade and particle size, the magnitude and duration of these phenomena can best be controlled by inoculating the heap with mesophiles, moderate thermophiles, and extreme thermophiles, increasing the aeration rate, and keeping the heap height as short as possible to achieve the fastest and most uniform oxidation throughout the heap.