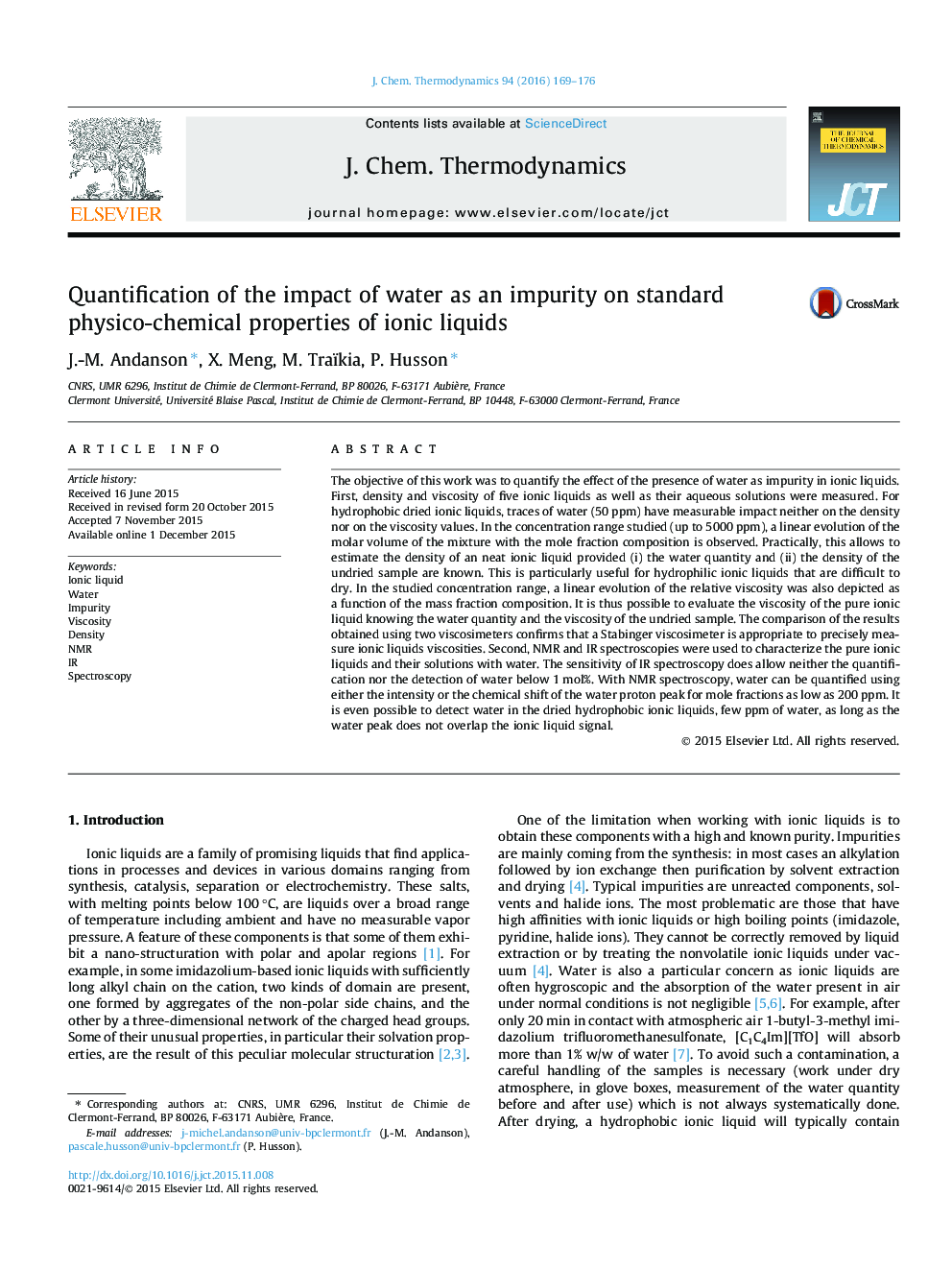 The objective of this work was to quantify the effect of the presence of water as impurity in ionic liquids. First, density and viscosity of five ionic liquids as well as their aqueous solutions were measured. For hydrophobic dried ionic liquids, traces of water (50 ppm) have measurable impact neither on the density nor on the viscosity values. In the concentration range studied (up to 5000 ppm), a linear evolution of the molar volume of the mixture with the mole fraction composition is observed. Practically, this allows to estimate the density of an neat ionic liquid provided (i) the water quantity and (ii) the density of the undried sample are known. This is particularly useful for hydrophilic ionic liquids that are difficult to dry. In the studied concentration range, a linear evolution of the relative viscosity was also depicted as a function of the mass fraction composition. It is thus possible to evaluate the viscosity of the pure ionic liquid knowing the water quantity and the viscosity of the undried sample. The comparison of the results obtained using two viscosimeters confirms that a Stabinger viscosimeter is appropriate to precisely measure ionic liquids viscosities. Second, NMR and IR spectroscopies were used to characterize the pure ionic liquids and their solutions with water. The sensitivity of IR spectroscopy does allow neither the quantification nor the detection of water below 1 mol%. With NMR spectroscopy, water can be quantified using either the intensity or the chemical shift of the water proton peak for mole fractions as low as 200 ppm. It is even possible to detect water in the dried hydrophobic ionic liquids, few ppm of water, as long as the water peak does not overlap the ionic liquid signal.