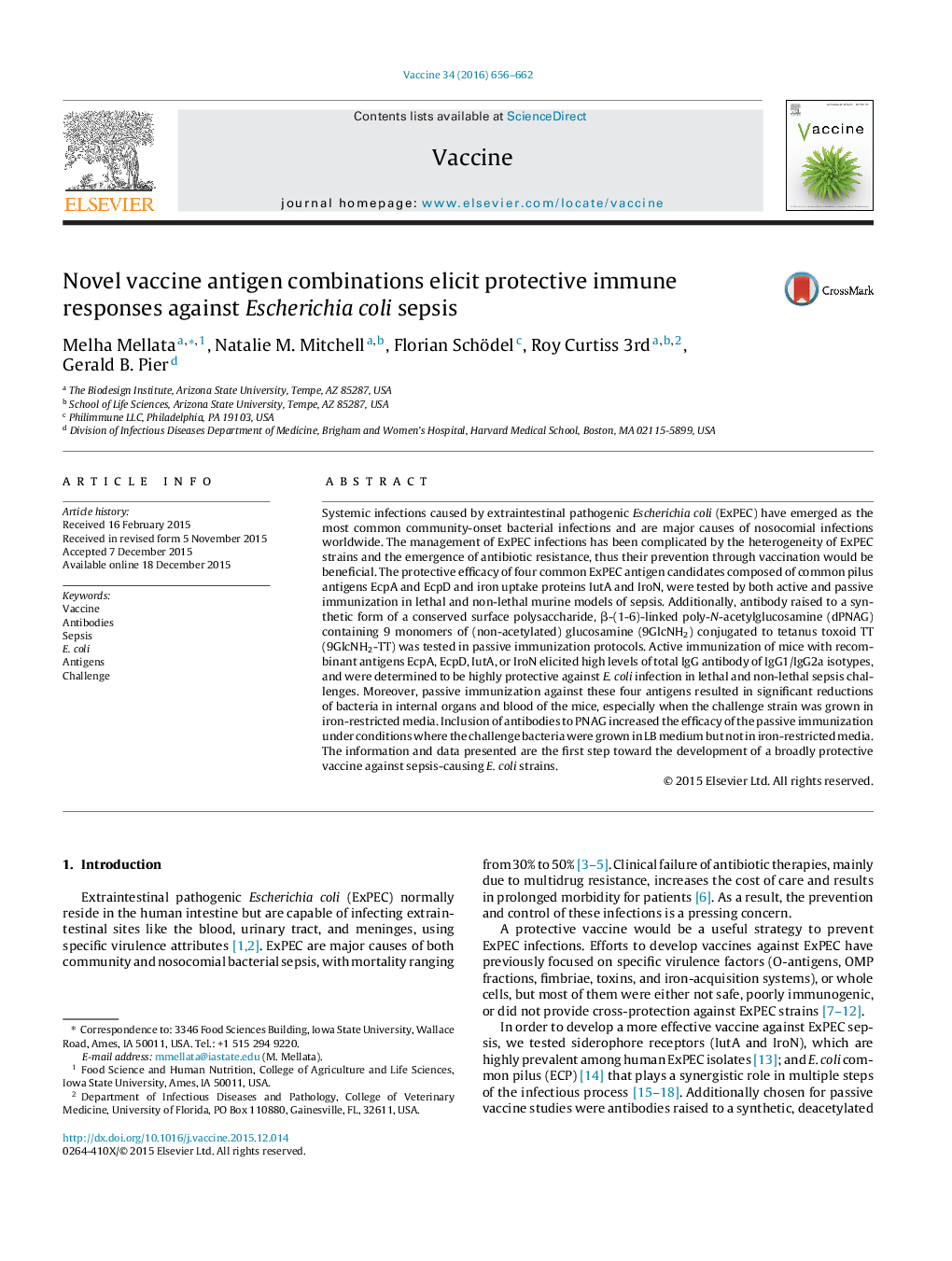 Systemic infections caused by extraintestinal pathogenic Escherichia coli (ExPEC) have emerged as the most common community-onset bacterial infections and are major causes of nosocomial infections worldwide. The management of ExPEC infections has been complicated by the heterogeneity of ExPEC strains and the emergence of antibiotic resistance, thus their prevention through vaccination would be beneficial. The protective efficacy of four common ExPEC antigen candidates composed of common pilus antigens EcpA and EcpD and iron uptake proteins IutA and IroN, were tested by both active and passive immunization in lethal and non-lethal murine models of sepsis. Additionally, antibody raised to a synthetic form of a conserved surface polysaccharide, β-(1-6)-linked poly-N-acetylglucosamine (dPNAG) containing 9 monomers of (non-acetylated) glucosamine (9GlcNH2) conjugated to tetanus toxoid TT (9GlcNH2-TT) was tested in passive immunization protocols. Active immunization of mice with recombinant antigens EcpA, EcpD, IutA, or IroN elicited high levels of total IgG antibody of IgG1/IgG2a isotypes, and were determined to be highly protective against E. coli infection in lethal and non-lethal sepsis challenges. Moreover, passive immunization against these four antigens resulted in significant reductions of bacteria in internal organs and blood of the mice, especially when the challenge strain was grown in iron-restricted media. Inclusion of antibodies to PNAG increased the efficacy of the passive immunization under conditions where the challenge bacteria were grown in LB medium but not in iron-restricted media. The information and data presented are the first step toward the development of a broadly protective vaccine against sepsis-causing E. coli strains.