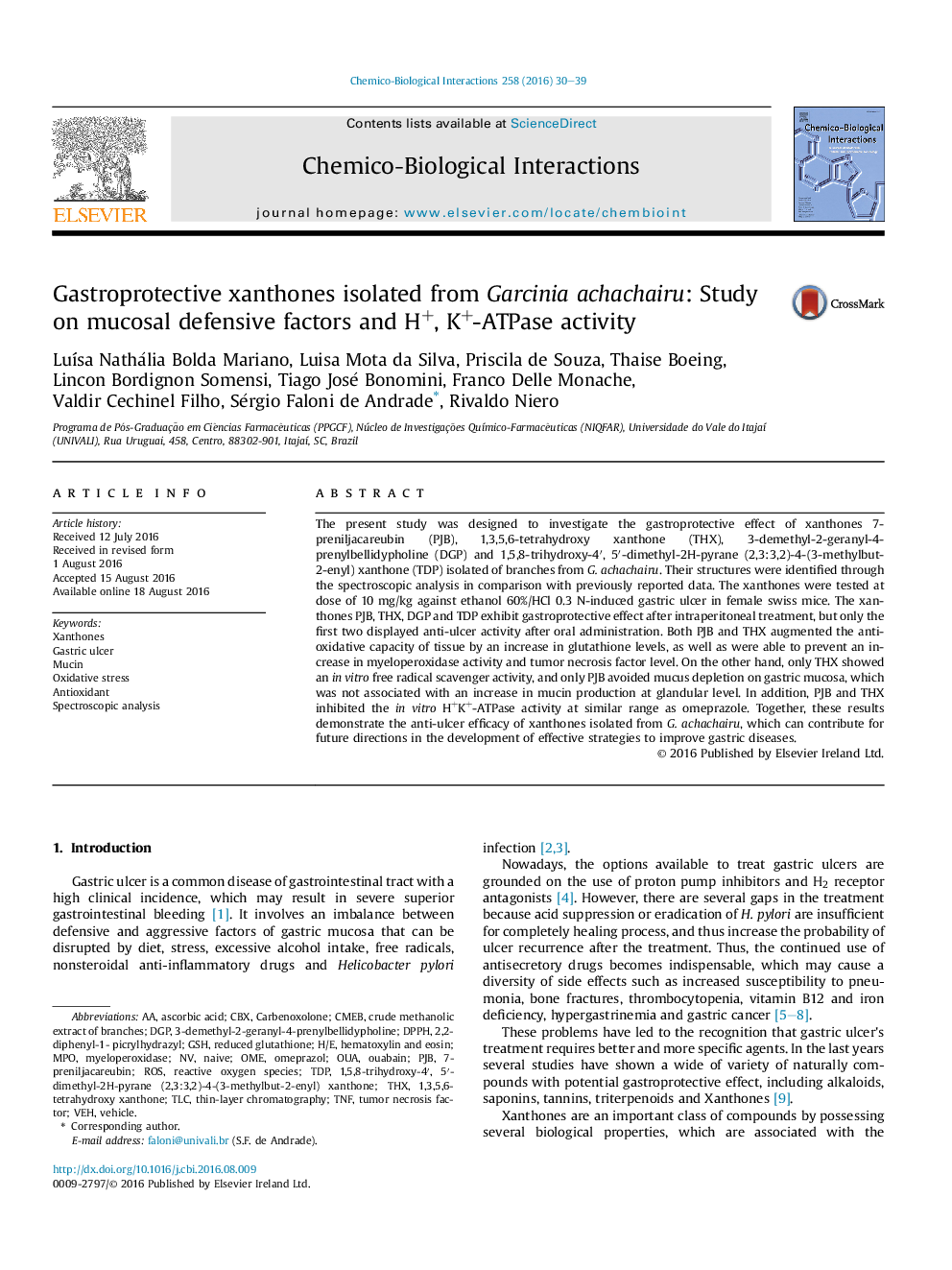 The present study was designed to investigate the gastroprotective effect of xanthones 7-preniljacareubin (PJB), 1,3,5,6-tetrahydroxy xanthone (THX), 3-demethyl-2-geranyl-4-prenylbellidypholine (DGP) and 1,5,8-trihydroxy-4′, 5′-dimethyl-2H-pyrane (2,3:3,2)-4-(3-methylbut-2-enyl) xanthone (TDP) isolated of branches from G. achachairu. Their structures were identified through the spectroscopic analysis in comparison with previously reported data. The xanthones were tested at dose of 10 mg/kg against ethanol 60%/HCl 0.3 N-induced gastric ulcer in female swiss mice. The xanthones PJB, THX, DGP and TDP exhibit gastroprotective effect after intraperitoneal treatment, but only the first two displayed anti-ulcer activity after oral administration. Both PJB and THX augmented the antioxidative capacity of tissue by an increase in glutathione levels, as well as were able to prevent an increase in myeloperoxidase activity and tumor necrosis factor level. On the other hand, only THX showed an in vitro free radical scavenger activity, and only PJB avoided mucus depletion on gastric mucosa, which was not associated with an increase in mucin production at glandular level. In addition, PJB and THX inhibited the in vitro H+K+-ATPase activity at similar range as omeprazole. Together, these results demonstrate the anti-ulcer efficacy of xanthones isolated from G. achachairu, which can contribute for future directions in the development of effective strategies to improve gastric diseases.