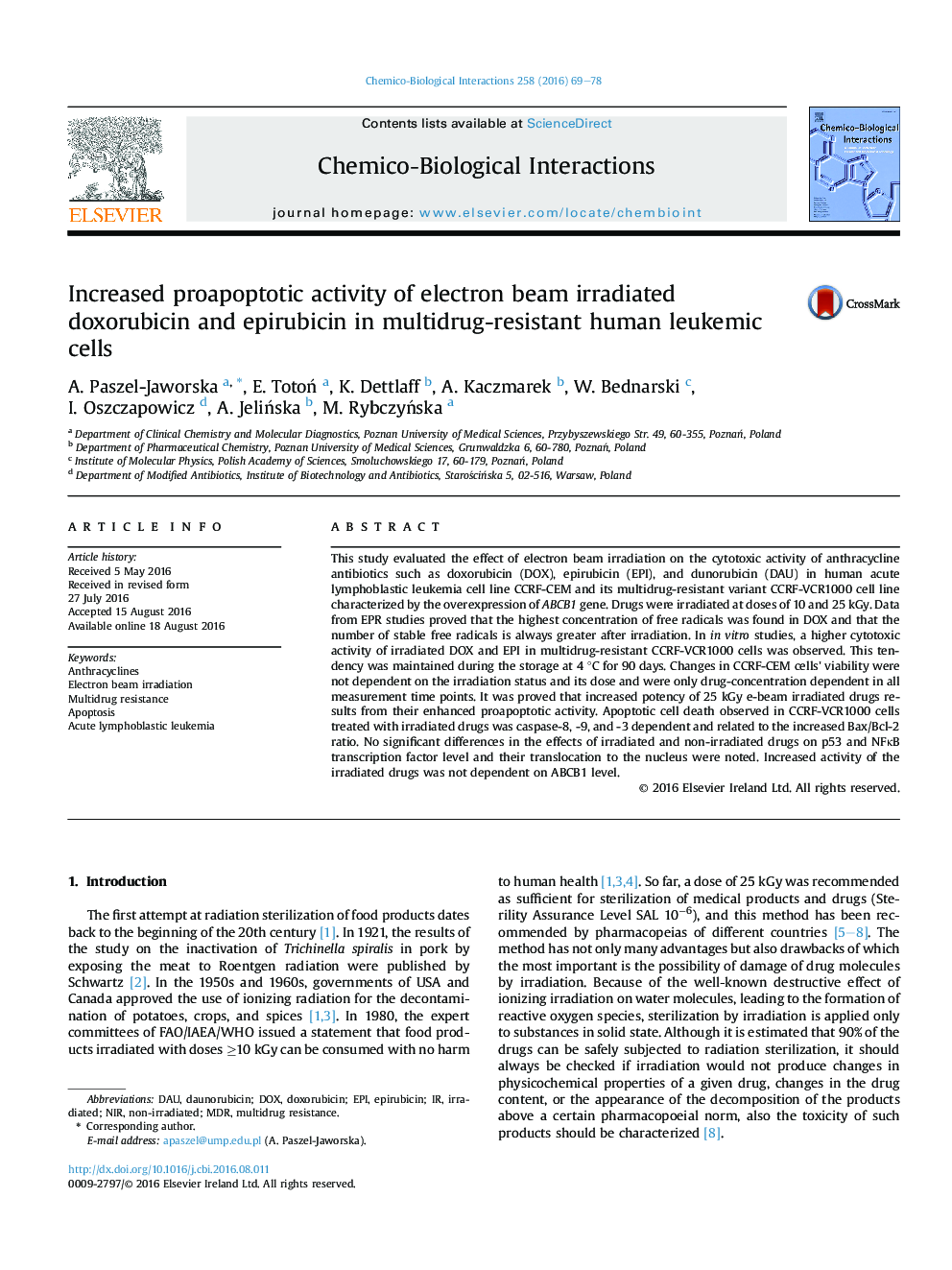 This study evaluated the effect of electron beam irradiation on the cytotoxic activity of anthracycline antibiotics such as doxorubicin (DOX), epirubicin (EPI), and dunorubicin (DAU) in human acute lymphoblastic leukemia cell line CCRF-CEM and its multidrug-resistant variant CCRF-VCR1000 cell line characterized by the overexpression of ABCB1 gene. Drugs were irradiated at doses of 10 and 25 kGy. Data from EPR studies proved that the highest concentration of free radicals was found in DOX and that the number of stable free radicals is always greater after irradiation. In in vitro studies, a higher cytotoxic activity of irradiated DOX and EPI in multidrug-resistant CCRF-VCR1000 cells was observed. This tendency was maintained during the storage at 4 °C for 90 days. Changes in CCRF-CEM cells' viability were not dependent on the irradiation status and its dose and were only drug-concentration dependent in all measurement time points. It was proved that increased potency of 25 kGy e-beam irradiated drugs results from their enhanced proapoptotic activity. Apoptotic cell death observed in CCRF-VCR1000 cells treated with irradiated drugs was caspase-8, -9, and -3 dependent and related to the increased Bax/Bcl-2 ratio. No significant differences in the effects of irradiated and non-irradiated drugs on p53 and NFκB transcription factor level and their translocation to the nucleus were noted. Increased activity of the irradiated drugs was not dependent on ABCB1 level.