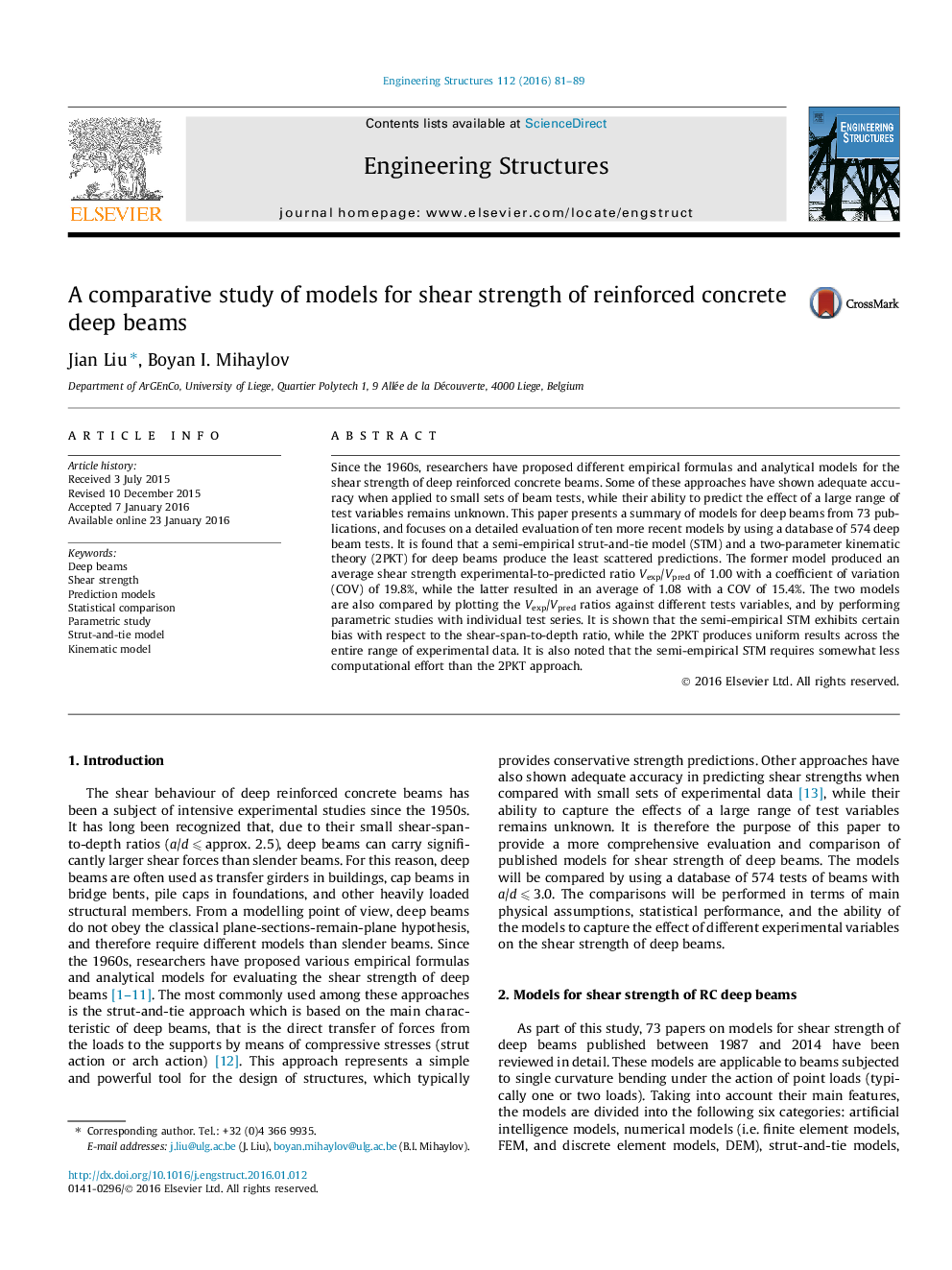 Since the 1960s, researchers have proposed different empirical formulas and analytical models for the shear strength of deep reinforced concrete beams. Some of these approaches have shown adequate accuracy when applied to small sets of beam tests, while their ability to predict the effect of a large range of test variables remains unknown. This paper presents a summary of models for deep beams from 73 publications, and focuses on a detailed evaluation of ten more recent models by using a database of 574 deep beam tests. It is found that a semi-empirical strut-and-tie model (STM) and a two-parameter kinematic theory (2PKT) for deep beams produce the least scattered predictions. The former model produced an average shear strength experimental-to-predicted ratio Vexp/Vpred of 1.00 with a coefficient of variation (COV) of 19.8%, while the latter resulted in an average of 1.08 with a COV of 15.4%. The two models are also compared by plotting the Vexp/Vpred ratios against different tests variables, and by performing parametric studies with individual test series. It is shown that the semi-empirical STM exhibits certain bias with respect to the shear-span-to-depth ratio, while the 2PKT produces uniform results across the entire range of experimental data. It is also noted that the semi-empirical STM requires somewhat less computational effort than the 2PKT approach.