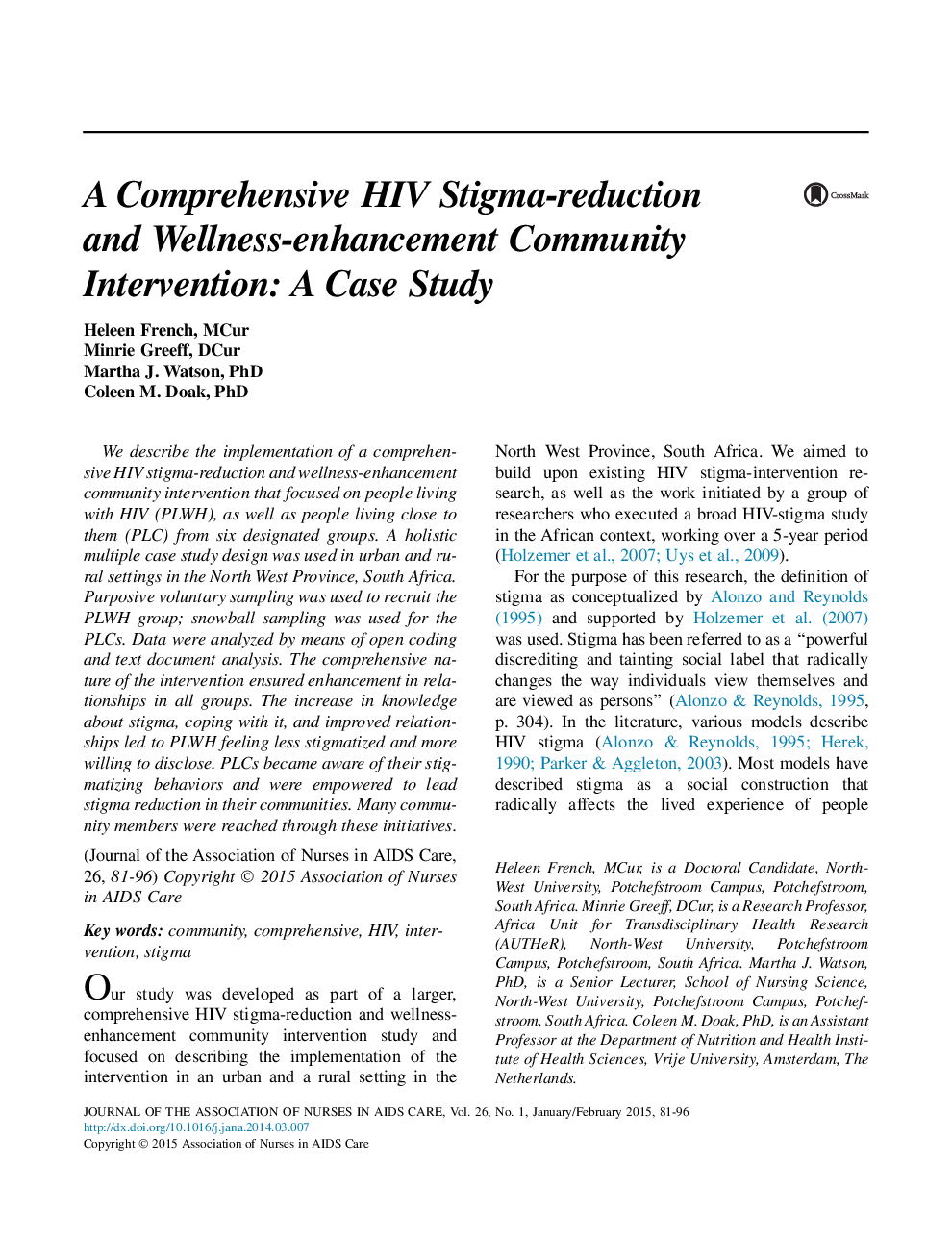 We describe the implementation of a comprehensive HIV stigma-reduction and wellness-enhancement community intervention that focused on people living with HIV (PLWH), as well as people living close to them (PLC) from six designated groups. A holistic multiple case study design was used in urban and rural settings in the North West Province, South Africa. Purposive voluntary sampling was used to recruit the PLWH group; snowball sampling was used for the PLCs. Data were analyzed by means of open coding and text document analysis. The comprehensive nature of the intervention ensured enhancement in relationships in all groups. The increase in knowledge about stigma, coping with it, and improved relationships led to PLWH feeling less stigmatized and more willing to disclose. PLCs became aware of their stigmatizing behaviors and were empowered to lead stigma reduction in their communities. Many community members were reached through these initiatives.