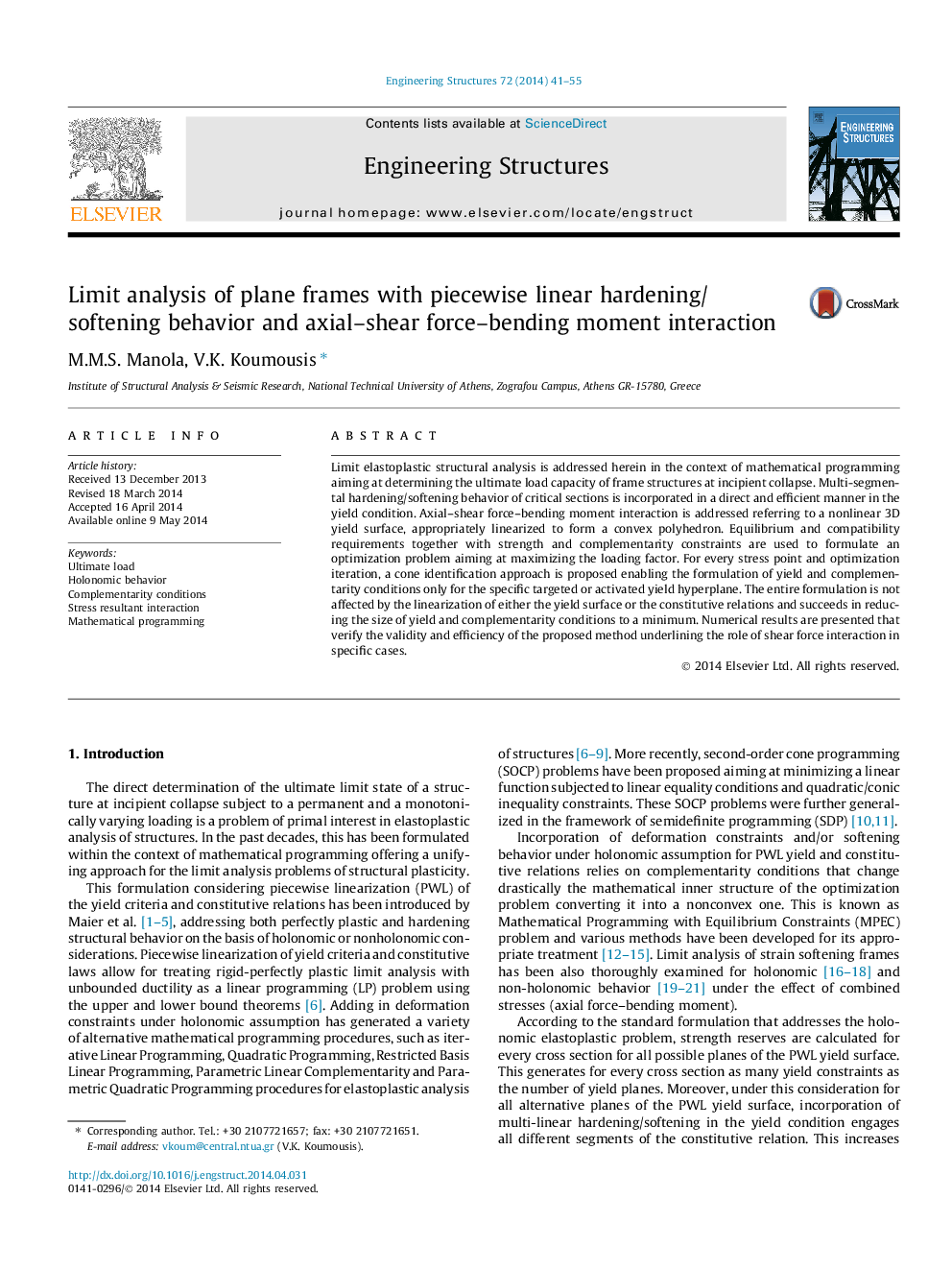 • Shear interaction in limit analysis with mathematical programming is examined.
• The critical plane of the 3D linearized yield surface is identified.
• Yield condition is formed only for the identified plane for each cross section.
• Multi-linear hardening is incorporated without affecting the size of the problem.
• The formulation becomes independent of any type of linearization.

Limit elastoplastic structural analysis is addressed herein in the context of mathematical programming aiming at determining the ultimate load capacity of frame structures at incipient collapse. Multi-segmental hardening/softening behavior of critical sections is incorporated in a direct and efficient manner in the yield condition. Axial–shear force–bending moment interaction is addressed referring to a nonlinear 3D yield surface, appropriately linearized to form a convex polyhedron. Equilibrium and compatibility requirements together with strength and complementarity constraints are used to formulate an optimization problem aiming at maximizing the loading factor. For every stress point and optimization iteration, a cone identification approach is proposed enabling the formulation of yield and complementarity conditions only for the specific targeted or activated yield hyperplane. The entire formulation is not affected by the linearization of either the yield surface or the constitutive relations and succeeds in reducing the size of yield and complementarity conditions to a minimum. Numerical results are presented that verify the validity and efficiency of the proposed method underlining the role of shear force interaction in specific cases.