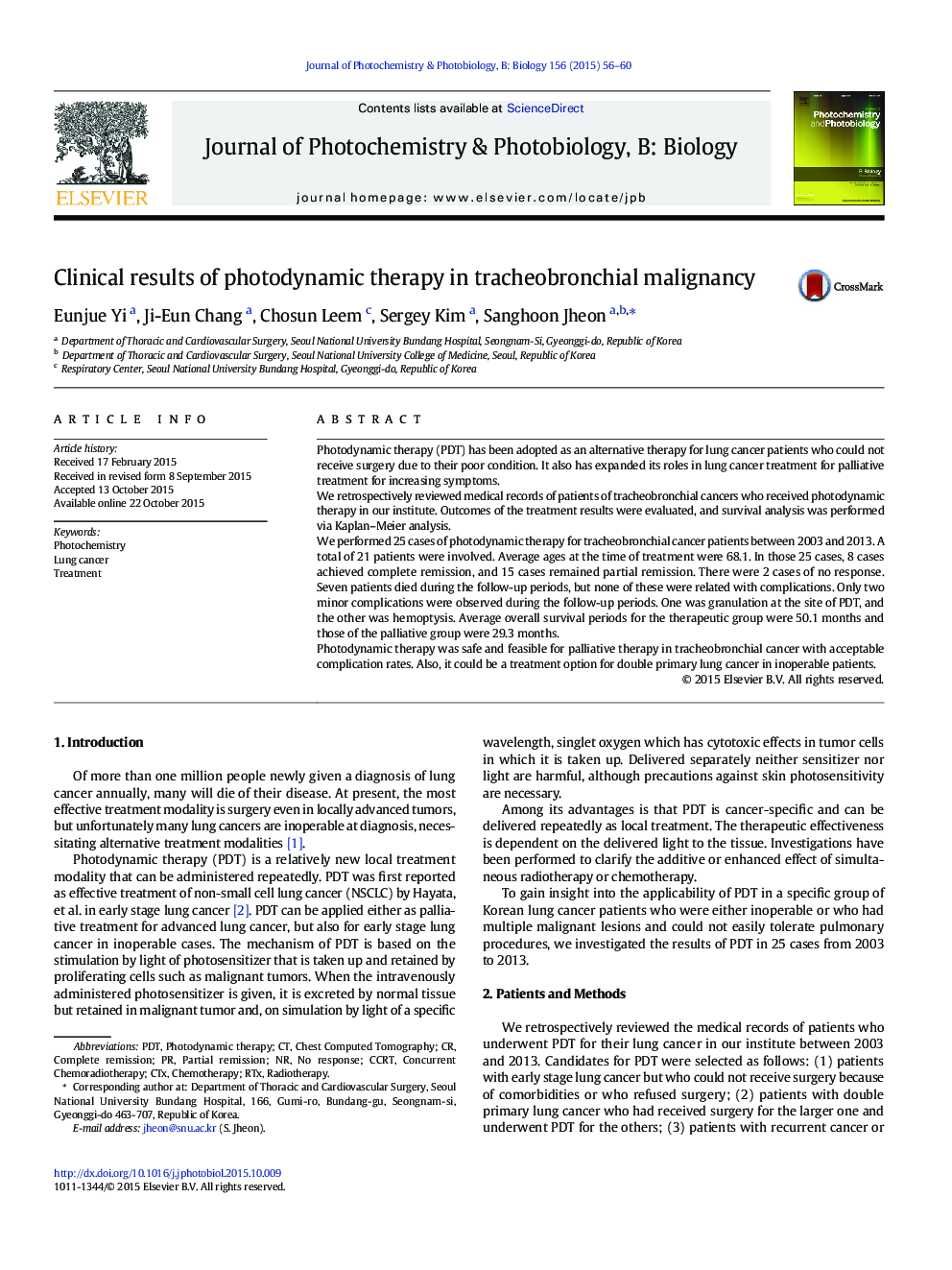 • We performed 25 cases of photodynamic therapy for tracheobronchial malignancy.
• We analyzed treatment results including survival periods and complication rates.
• We obtained 8 cases of complete remission and 15 cases of partial remission.
• Complication rates were acceptable and overall survival periods were not inferior.
• Photodynamic therapy could be feasible and safe for lung cancer.

Photodynamic therapy (PDT) has been adopted as an alternative therapy for lung cancer patients who could not receive surgery due to their poor condition. It also has expanded its roles in lung cancer treatment for palliative treatment for increasing symptoms.We retrospectively reviewed medical records of patients of tracheobronchial cancers who received photodynamic therapy in our institute. Outcomes of the treatment results were evaluated, and survival analysis was performed via Kaplan–Meier analysis.We performed 25 cases of photodynamic therapy for tracheobronchial cancer patients between 2003 and 2013. A total of 21 patients were involved. Average ages at the time of treatment were 68.1. In those 25 cases, 8 cases achieved complete remission, and 15 cases remained partial remission. There were 2 cases of no response. Seven patients died during the follow-up periods, but none of these were related with complications. Only two minor complications were observed during the follow-up periods. One was granulation at the site of PDT, and the other was hemoptysis. Average overall survival periods for the therapeutic group were 50.1 months and those of the palliative group were 29.3 months.Photodynamic therapy was safe and feasible for palliative therapy in tracheobronchial cancer with acceptable complication rates. Also, it could be a treatment option for double primary lung cancer in inoperable patients.