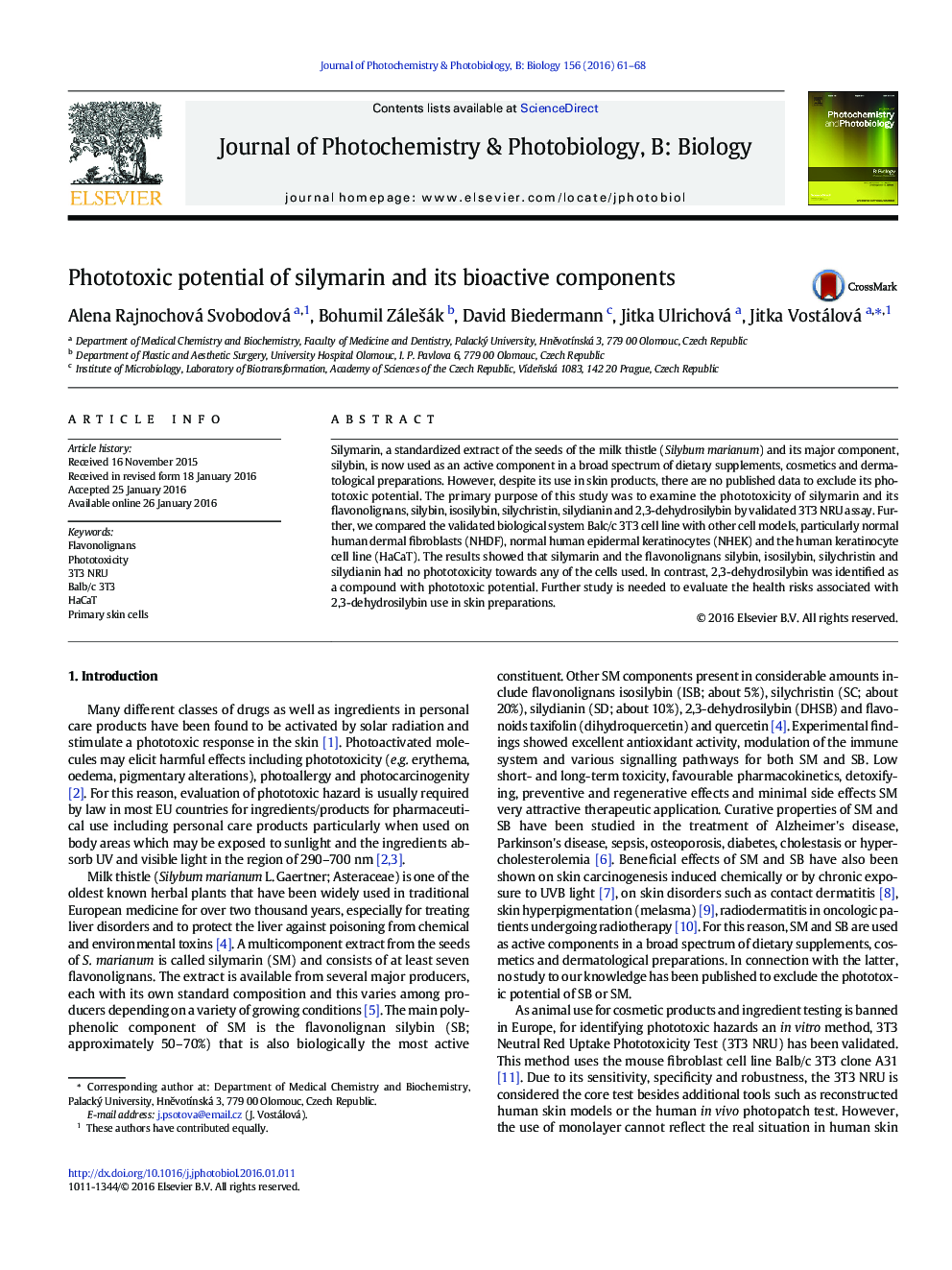 Silymarin, a standardized extract of the seeds of the milk thistle (Silybum marianum) and its major component, silybin, is now used as an active component in a broad spectrum of dietary supplements, cosmetics and dermatological preparations. However, despite its use in skin products, there are no published data to exclude its phototoxic potential. The primary purpose of this study was to examine the phototoxicity of silymarin and its flavonolignans, silybin, isosilybin, silychristin, silydianin and 2,3-dehydrosilybin by validated 3T3 NRU assay. Further, we compared the validated biological system Balc/c 3T3 cell line with other cell models, particularly normal human dermal fibroblasts (NHDF), normal human epidermal keratinocytes (NHEK) and the human keratinocyte cell line (HaCaT). The results showed that silymarin and the flavonolignans silybin, isosilybin, silychristin and silydianin had no phototoxicity towards any of the cells used. In contrast, 2,3-dehydrosilybin was identified as a compound with phototoxic potential. Further study is needed to evaluate the health risks associated with 2,3-dehydrosilybin use in skin preparations.