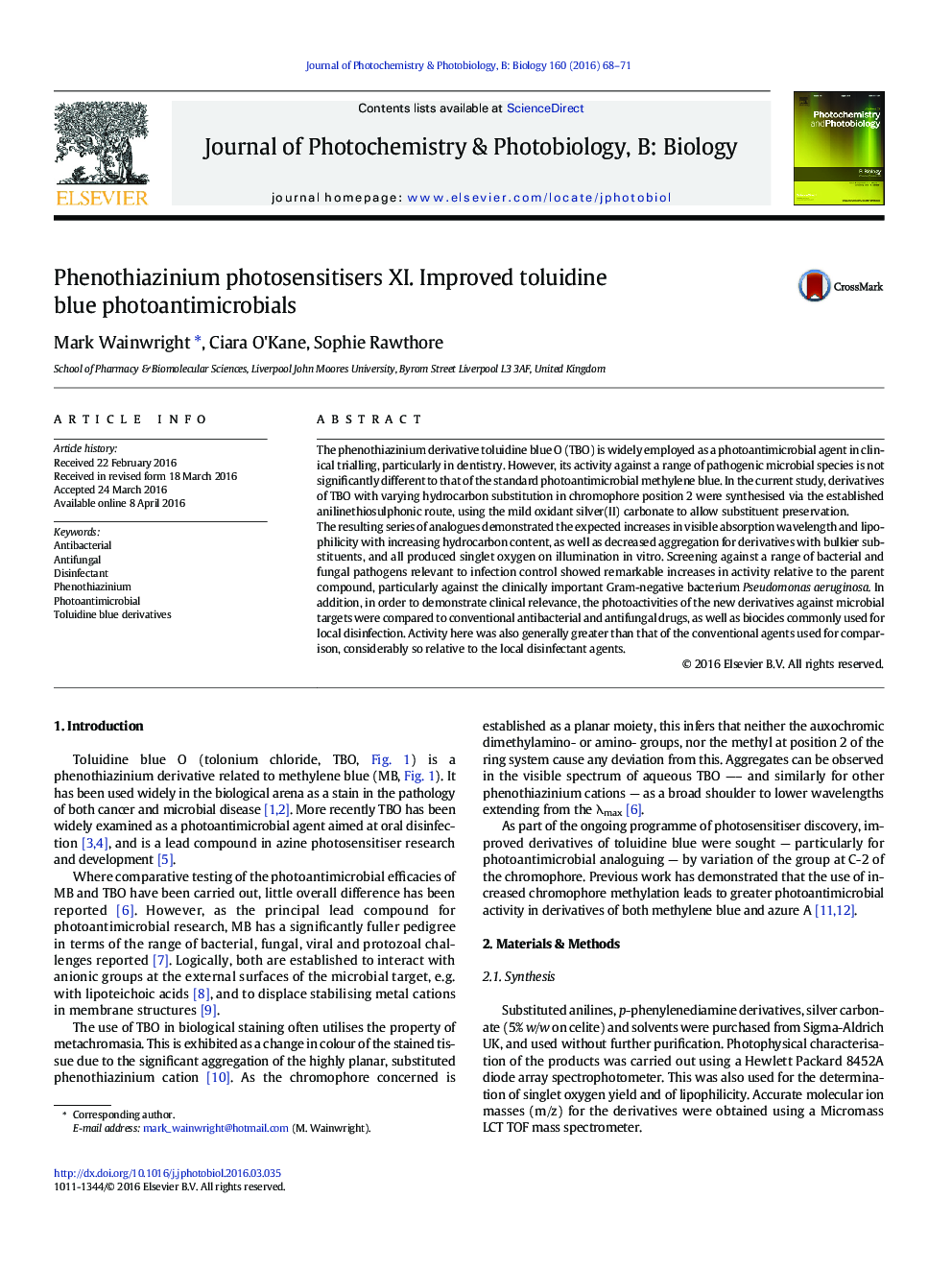 The phenothiazinium derivative toluidine blue O (TBO) is widely employed as a photoantimicrobial agent in clinical trialling, particularly in dentistry. However, its activity against a range of pathogenic microbial species is not significantly different to that of the standard photoantimicrobial methylene blue. In the current study, derivatives of TBO with varying hydrocarbon substitution in chromophore position 2 were synthesised via the established anilinethiosulphonic route, using the mild oxidant silver(II) carbonate to allow substituent preservation.The resulting series of analogues demonstrated the expected increases in visible absorption wavelength and lipophilicity with increasing hydrocarbon content, as well as decreased aggregation for derivatives with bulkier substituents, and all produced singlet oxygen on illumination in vitro. Screening against a range of bacterial and fungal pathogens relevant to infection control showed remarkable increases in activity relative to the parent compound, particularly against the clinically important Gram-negative bacterium Pseudomonas aeruginosa. In addition, in order to demonstrate clinical relevance, the photoactivities of the new derivatives against microbial targets were compared to conventional antibacterial and antifungal drugs, as well as biocides commonly used for local disinfection. Activity here was also generally greater than that of the conventional agents used for comparison, considerably so relative to the local disinfectant agents.