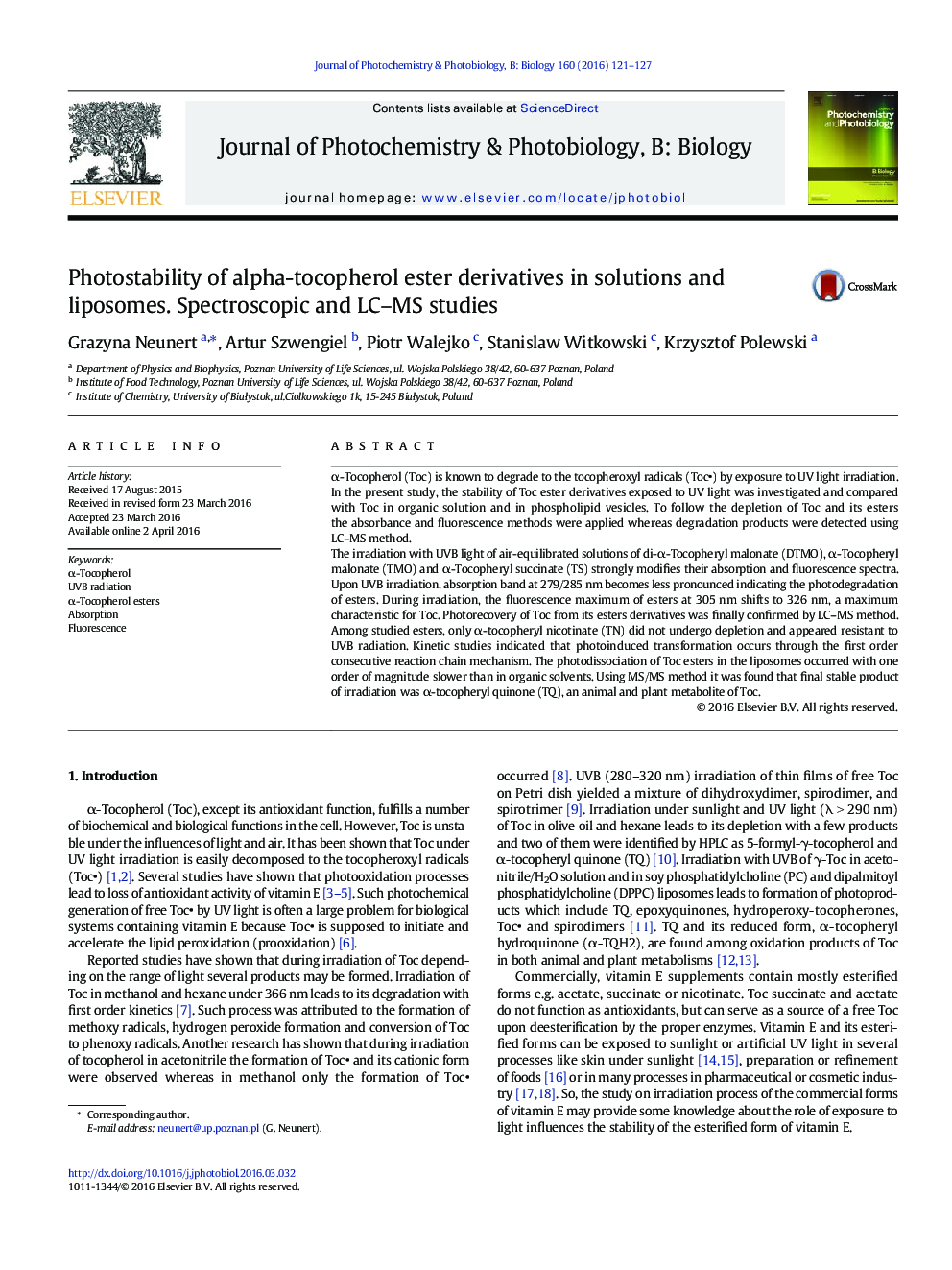 • The stability of α-tocopherol esters exposed to UV light was investigated.
• The degradation of the esters was observed in organic solvents and in liposomes.
• The yield of esters decomposition depends on the ester moiety and the environment.
• The final stable product of esters irradiation was alpha-tocopheryl quinine.

α-Tocopherol (Toc) is known to degrade to the tocopheroxyl radicals (Toc) by exposure to UV light irradiation. In the present study, the stability of Toc ester derivatives exposed to UV light was investigated and compared with Toc in organic solution and in phospholipid vesicles. To follow the depletion of Toc and its esters the absorbance and fluorescence methods were applied whereas degradation products were detected using LC–MS method.The irradiation with UVB light of air-equilibrated solutions of di-α-Tocopheryl malonate (DTMO), α-Tocopheryl malonate (TMO) and α-Tocopheryl succinate (TS) strongly modifies their absorption and fluorescence spectra. Upon UVB irradiation, absorption band at 279/285 nm becomes less pronounced indicating the photodegradation of esters. During irradiation, the fluorescence maximum of esters at 305 nm shifts to 326 nm, a maximum characteristic for Toc. Photorecovery of Toc from its esters derivatives was finally confirmed by LC–MS method. Among studied esters, only α-tocopheryl nicotinate (TN) did not undergo depletion and appeared resistant to UVB radiation. Kinetic studies indicated that photoinduced transformation occurs through the first order consecutive reaction chain mechanism. The photodissociation of Toc esters in the liposomes occurred with one order of magnitude slower than in organic solvents. Using MS/MS method it was found that final stable product of irradiation was α-tocopheryl quinone (TQ), an animal and plant metabolite of Toc.