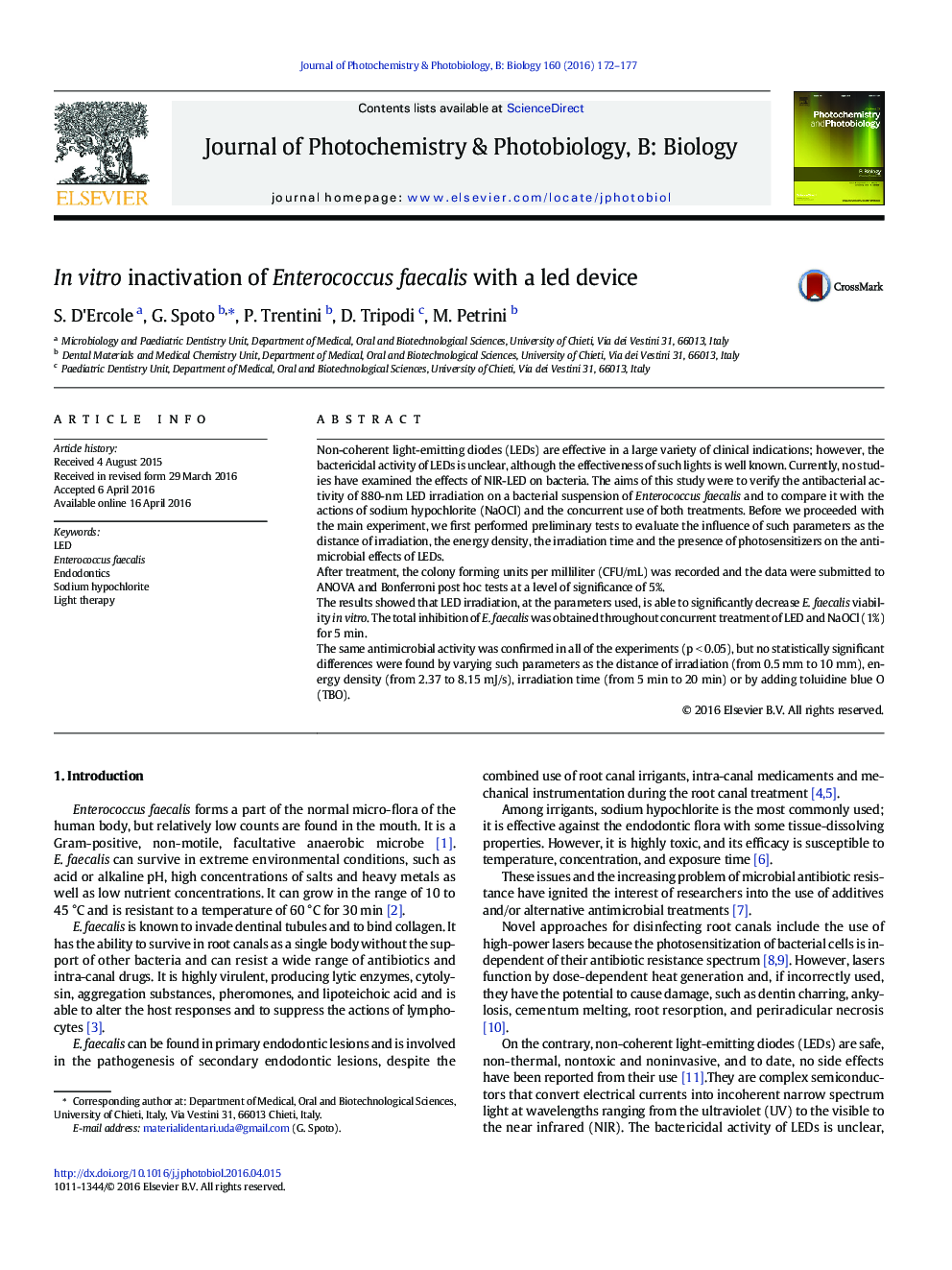 Non-coherent light-emitting diodes (LEDs) are effective in a large variety of clinical indications; however, the bactericidal activity of LEDs is unclear, although the effectiveness of such lights is well known. Currently, no studies have examined the effects of NIR-LED on bacteria. The aims of this study were to verify the antibacterial activity of 880-nm LED irradiation on a bacterial suspension of Enterococcus faecalis and to compare it with the actions of sodium hypochlorite (NaOCl) and the concurrent use of both treatments. Before we proceeded with the main experiment, we first performed preliminary tests to evaluate the influence of such parameters as the distance of irradiation, the energy density, the irradiation time and the presence of photosensitizers on the antimicrobial effects of LEDs.After treatment, the colony forming units per milliliter (CFU/mL) was recorded and the data were submitted to ANOVA and Bonferroni post hoc tests at a level of significance of 5%.The results showed that LED irradiation, at the parameters used, is able to significantly decrease E. faecalis viability in vitro. The total inhibition of E. faecalis was obtained throughout concurrent treatment of LED and NaOCl (1%) for 5 min.The same antimicrobial activity was confirmed in all of the experiments (p < 0.05), but no statistically significant differences were found by varying such parameters as the distance of irradiation (from 0.5 mm to 10 mm), energy density (from 2.37 to 8.15 mJ/s), irradiation time (from 5 min to 20 min) or by adding toluidine blue O (TBO).