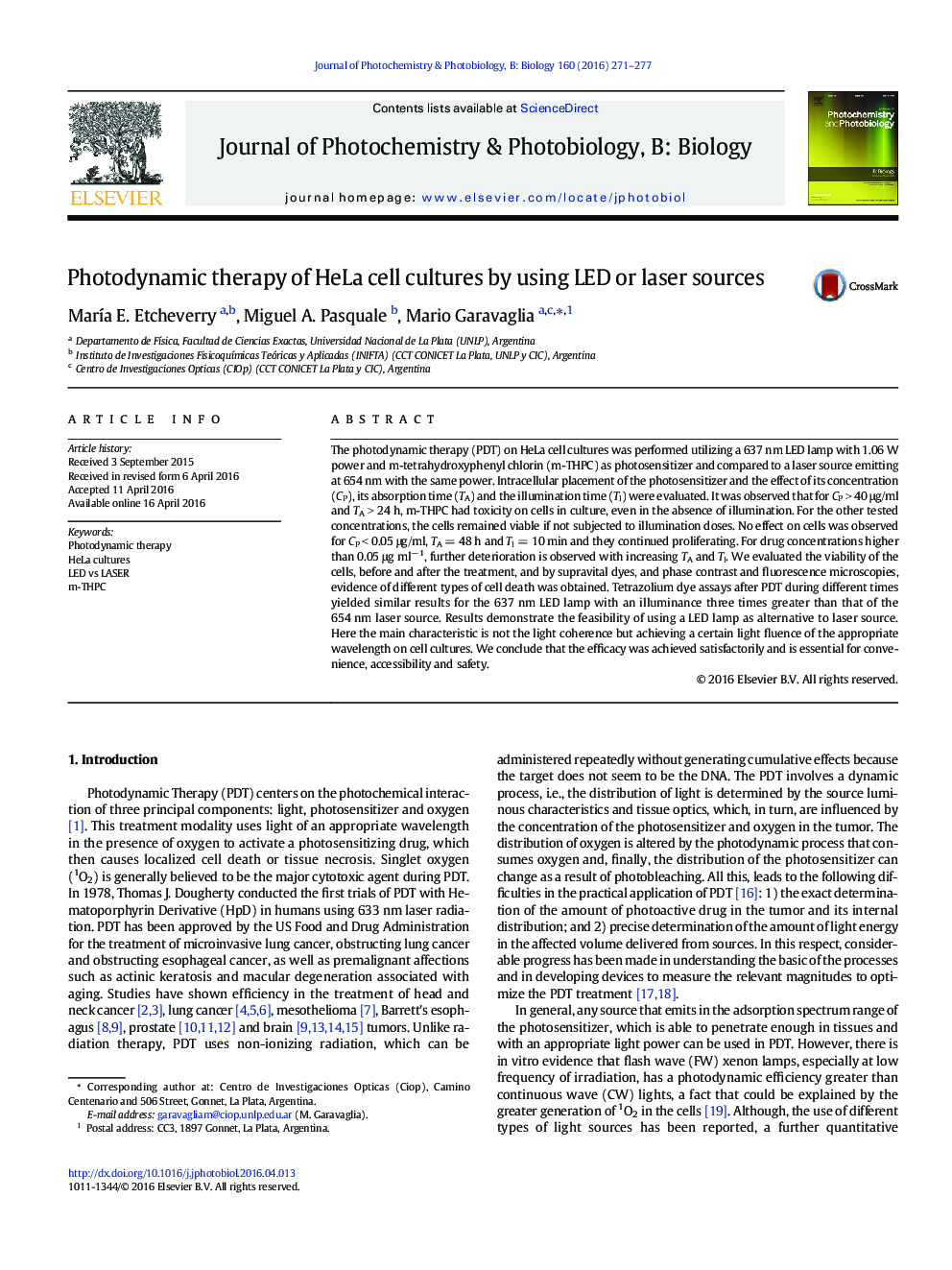 • Photodynamic therapy (PDT) on tumor cell cultures was performed with LED and laser sources.
• The feasibility of using a LED lamp as alternative to a laser source is demonstrated.
• Light fluence of the appropriate wavelength is the principal characteristic for an effective PDT.

The photodynamic therapy (PDT) on HeLa cell cultures was performed utilizing a 637 nm LED lamp with 1.06 W power and m-tetrahydroxyphenyl chlorin (m-THPC) as photosensitizer and compared to a laser source emitting at 654 nm with the same power. Intracellular placement of the photosensitizer and the effect of its concentration (CP), its absorption time (TA) and the illumination time (TI) were evaluated. It was observed that for CP > 40 μg/ml and TA > 24 h, m-THPC had toxicity on cells in culture, even in the absence of illumination. For the other tested concentrations, the cells remained viable if not subjected to illumination doses. No effect on cells was observed for CP < 0.05 μg/ml, TA = 48 h and TI = 10 min and they continued proliferating. For drug concentrations higher than 0.05 μg ml− 1, further deterioration is observed with increasing TA and TI. We evaluated the viability of the cells, before and after the treatment, and by supravital dyes, and phase contrast and fluorescence microscopies, evidence of different types of cell death was obtained. Tetrazolium dye assays after PDT during different times yielded similar results for the 637 nm LED lamp with an illuminance three times greater than that of the 654 nm laser source. Results demonstrate the feasibility of using a LED lamp as alternative to laser source. Here the main characteristic is not the light coherence but achieving a certain light fluence of the appropriate wavelength on cell cultures. We conclude that the efficacy was achieved satisfactorily and is essential for convenience, accessibility and safety.