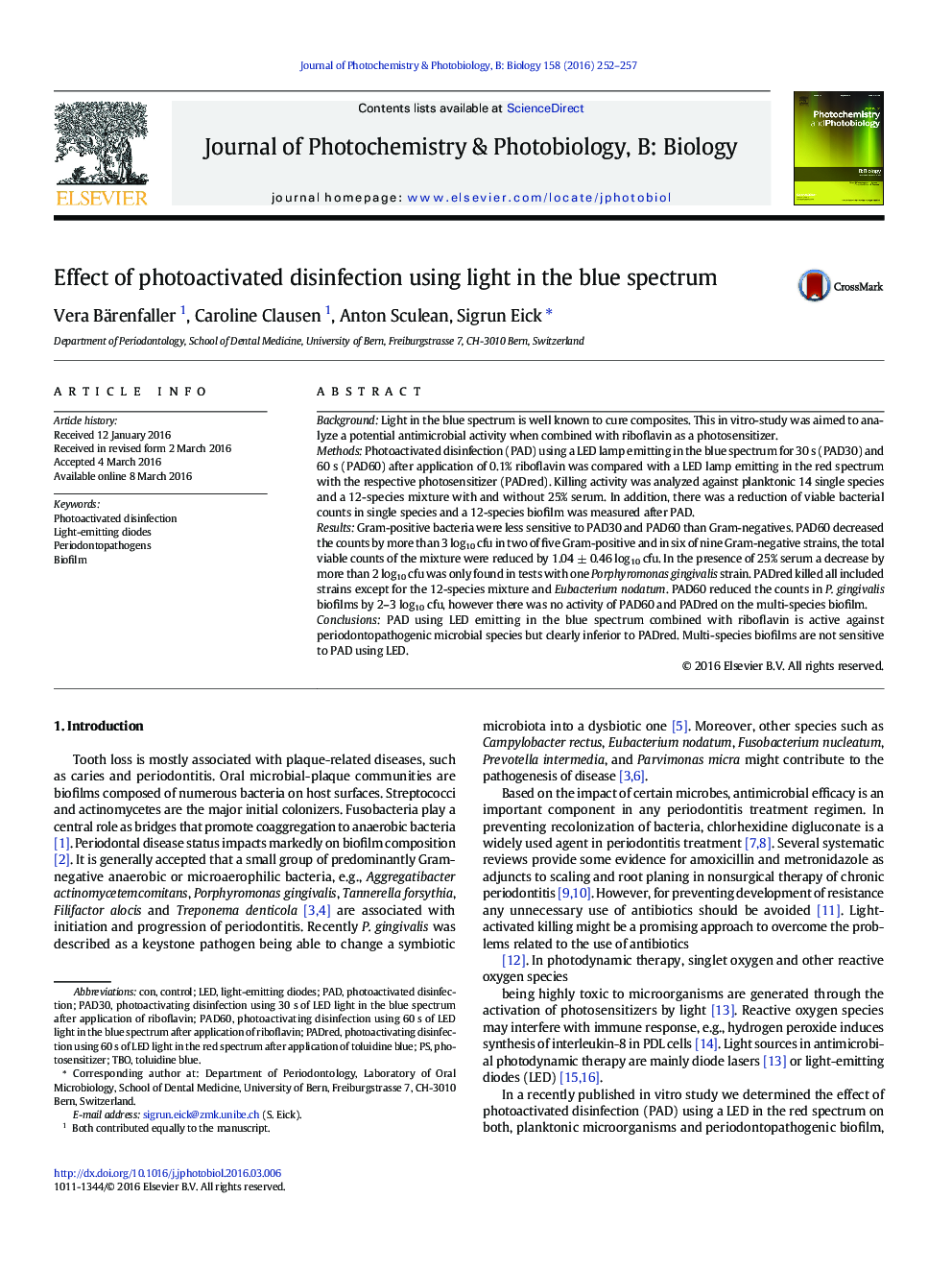 BackgroundLight in the blue spectrum is well known to cure composites. This in vitro-study was aimed to analyze a potential antimicrobial activity when combined with riboflavin as a photosensitizer.MethodsPhotoactivated disinfection (PAD) using a LED lamp emitting in the blue spectrum for 30 s (PAD30) and 60 s (PAD60) after application of 0.1% riboflavin was compared with a LED lamp emitting in the red spectrum with the respective photosensitizer (PADred). Killing activity was analyzed against planktonic 14 single species and a 12-species mixture with and without 25% serum. In addition, there was a reduction of viable bacterial counts in single species and a 12-species biofilm was measured after PAD.ResultsGram-positive bacteria were less sensitive to PAD30 and PAD60 than Gram-negatives. PAD60 decreased the counts by more than 3 log10 cfu in two of five Gram-positive and in six of nine Gram-negative strains, the total viable counts of the mixture were reduced by 1.04 ± 0.46 log10 cfu. In the presence of 25% serum a decrease by more than 2 log10 cfu was only found in tests with one Porphyromonas gingivalis strain. PADred killed all included strains except for the 12-species mixture and Eubacterium nodatum. PAD60 reduced the counts in P. gingivalis biofilms by 2–3 log10 cfu, however there was no activity of PAD60 and PADred on the multi-species biofilm.ConclusionsPAD using LED emitting in the blue spectrum combined with riboflavin is active against periodontopathogenic microbial species but clearly inferior to PADred. Multi-species biofilms are not sensitive to PAD using LED.