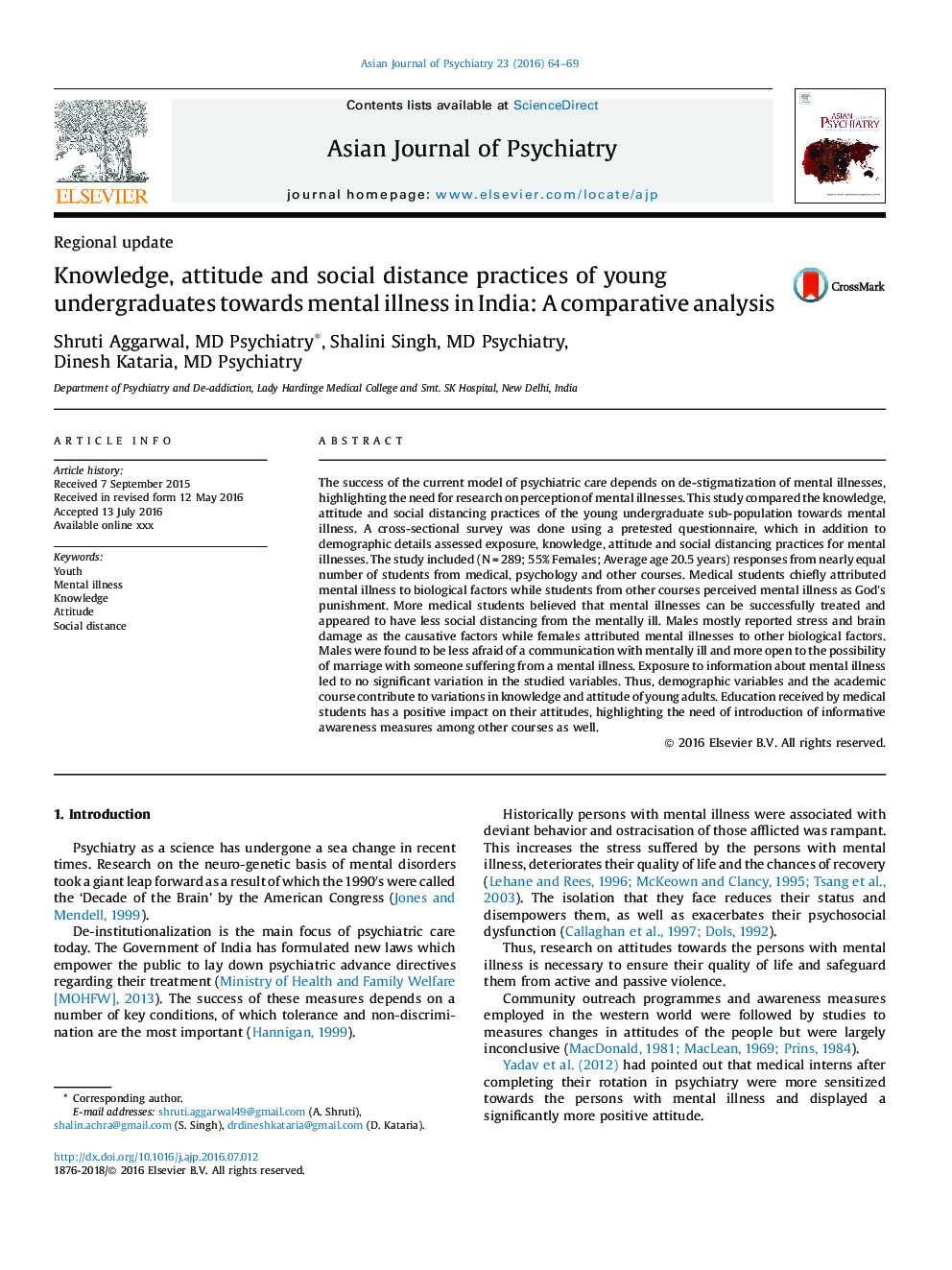 The success of the current model of psychiatric care depends on de-stigmatization of mental illnesses, highlighting the need for research on perception of mental illnesses. This study compared the knowledge, attitude and social distancing practices of the young undergraduate sub-population towards mental illness. A cross-sectional survey was done using a pretested questionnaire, which in addition to demographic details assessed exposure, knowledge, attitude and social distancing practices for mental illnesses. The study included (N = 289; 55% Females; Average age 20.5 years) responses from nearly equal number of students from medical, psychology and other courses. Medical students chiefly attributed mental illness to biological factors while students from other courses perceived mental illness as God's punishment. More medical students believed that mental illnesses can be successfully treated and appeared to have less social distancing from the mentally ill. Males mostly reported stress and brain damage as the causative factors while females attributed mental illnesses to other biological factors. Males were found to be less afraid of a communication with mentally ill and more open to the possibility of marriage with someone suffering from a mental illness. Exposure to information about mental illness led to no significant variation in the studied variables. Thus, demographic variables and the academic course contribute to variations in knowledge and attitude of young adults. Education received by medical students has a positive impact on their attitudes, highlighting the need of introduction of informative awareness measures among other courses as well.