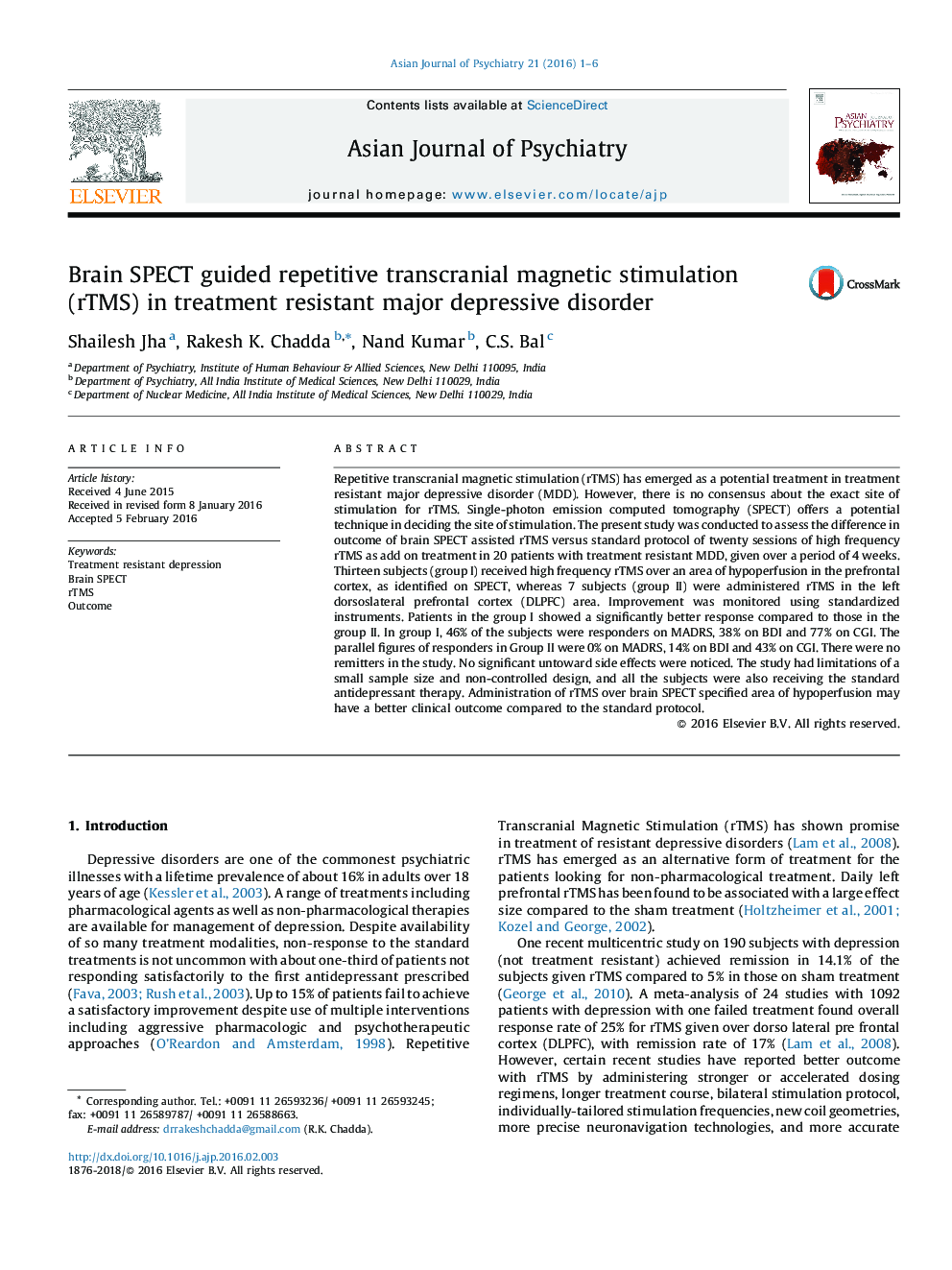 • High frequency rTMS is an effective treatment option in treatment resistant depression.
• SPECT has a potential in localising the site of stimulation for rTMS in patients with depression.
• rTMS improves core depressive symptomatology as well as functioning.

Repetitive transcranial magnetic stimulation (rTMS) has emerged as a potential treatment in treatment resistant major depressive disorder (MDD). However, there is no consensus about the exact site of stimulation for rTMS. Single-photon emission computed tomography (SPECT) offers a potential technique in deciding the site of stimulation. The present study was conducted to assess the difference in outcome of brain SPECT assisted rTMS versus standard protocol of twenty sessions of high frequency rTMS as add on treatment in 20 patients with treatment resistant MDD, given over a period of 4 weeks. Thirteen subjects (group I) received high frequency rTMS over an area of hypoperfusion in the prefrontal cortex, as identified on SPECT, whereas 7 subjects (group II) were administered rTMS in the left dorsoslateral prefrontal cortex (DLPFC) area. Improvement was monitored using standardized instruments. Patients in the group I showed a significantly better response compared to those in the group II. In group I, 46% of the subjects were responders on MADRS, 38% on BDI and 77% on CGI. The parallel figures of responders in Group II were 0% on MADRS, 14% on BDI and 43% on CGI. There were no remitters in the study. No significant untoward side effects were noticed. The study had limitations of a small sample size and non-controlled design, and all the subjects were also receiving the standard antidepressant therapy. Administration of rTMS over brain SPECT specified area of hypoperfusion may have a better clinical outcome compared to the standard protocol.