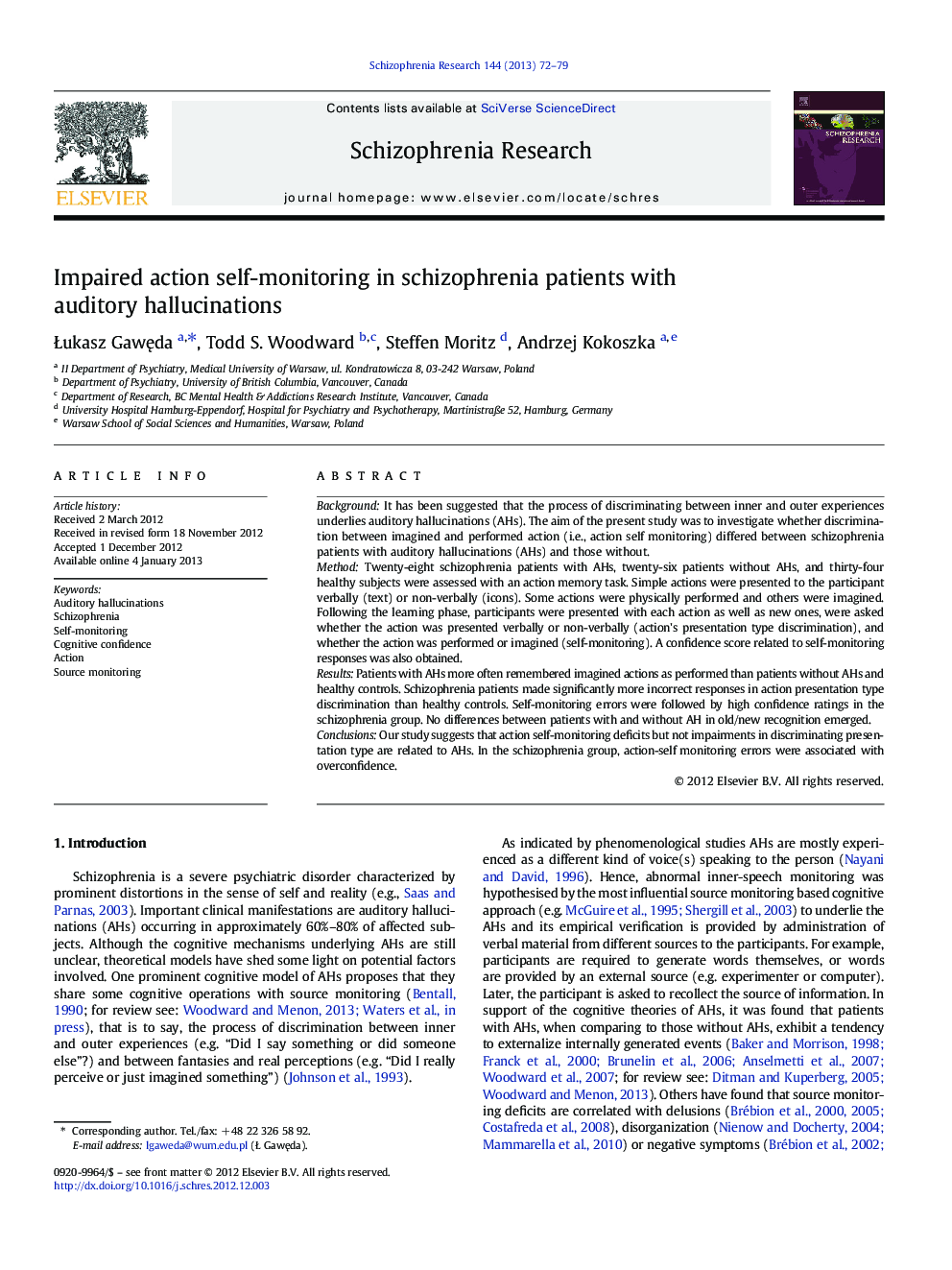 BackgroundIt has been suggested that the process of discriminating between inner and outer experiences underlies auditory hallucinations (AHs). The aim of the present study was to investigate whether discrimination between imagined and performed action (i.e., action self monitoring) differed between schizophrenia patients with auditory hallucinations (AHs) and those without.MethodTwenty-eight schizophrenia patients with AHs, twenty-six patients without AHs, and thirty-four healthy subjects were assessed with an action memory task. Simple actions were presented to the participant verbally (text) or non-verbally (icons). Some actions were physically performed and others were imagined. Following the learning phase, participants were presented with each action as well as new ones, were asked whether the action was presented verbally or non-verbally (action's presentation type discrimination), and whether the action was performed or imagined (self-monitoring). A confidence score related to self-monitoring responses was also obtained.ResultsPatients with AHs more often remembered imagined actions as performed than patients without AHs and healthy controls. Schizophrenia patients made significantly more incorrect responses in action presentation type discrimination than healthy controls. Self-monitoring errors were followed by high confidence ratings in the schizophrenia group. No differences between patients with and without AH in old/new recognition emerged.ConclusionsOur study suggests that action self-monitoring deficits but not impairments in discriminating presentation type are related to AHs. In the schizophrenia group, action-self monitoring errors were associated with overconfidence.