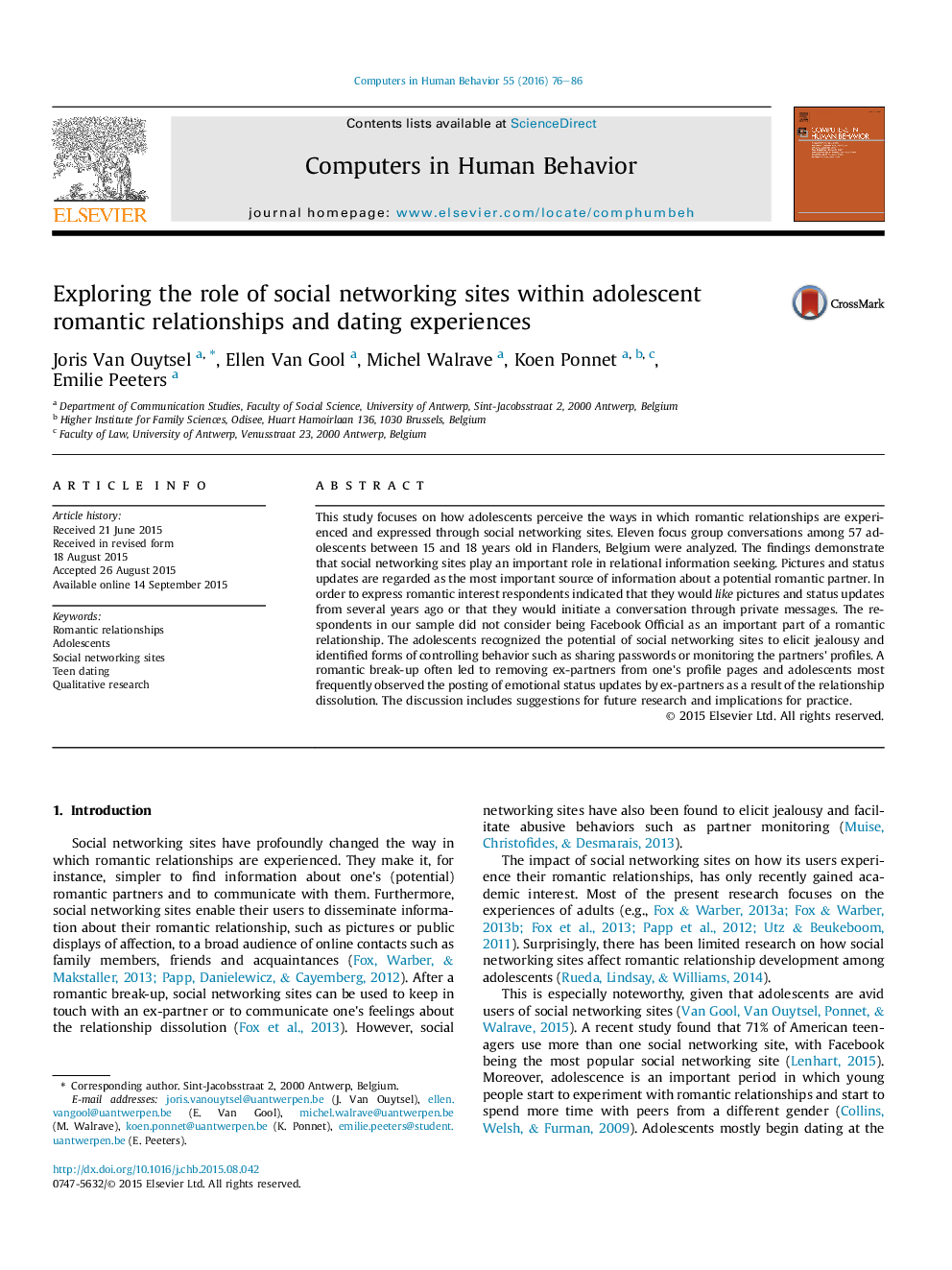 • We explore how adolescents use social networking sites within romantic relationships.
• Pictures were considered to be a valuable information source about a love interest.
• Respondents discussed several ways in which they would signal romantic interest.
• Being Facebook Official was not considered to be important.
• Sharing passwords and monitoring profiles were most often mentioned as ways to control the partner.

This study focuses on how adolescents perceive the ways in which romantic relationships are experienced and expressed through social networking sites. Eleven focus group conversations among 57 adolescents between 15 and 18 years old in Flanders, Belgium were analyzed. The findings demonstrate that social networking sites play an important role in relational information seeking. Pictures and status updates are regarded as the most important source of information about a potential romantic partner. In order to express romantic interest respondents indicated that they would like pictures and status updates from several years ago or that they would initiate a conversation through private messages. The respondents in our sample did not consider being Facebook Official as an important part of a romantic relationship. The adolescents recognized the potential of social networking sites to elicit jealousy and identified forms of controlling behavior such as sharing passwords or monitoring the partners' profiles. A romantic break-up often led to removing ex-partners from one's profile pages and adolescents most frequently observed the posting of emotional status updates by ex-partners as a result of the relationship dissolution. The discussion includes suggestions for future research and implications for practice.