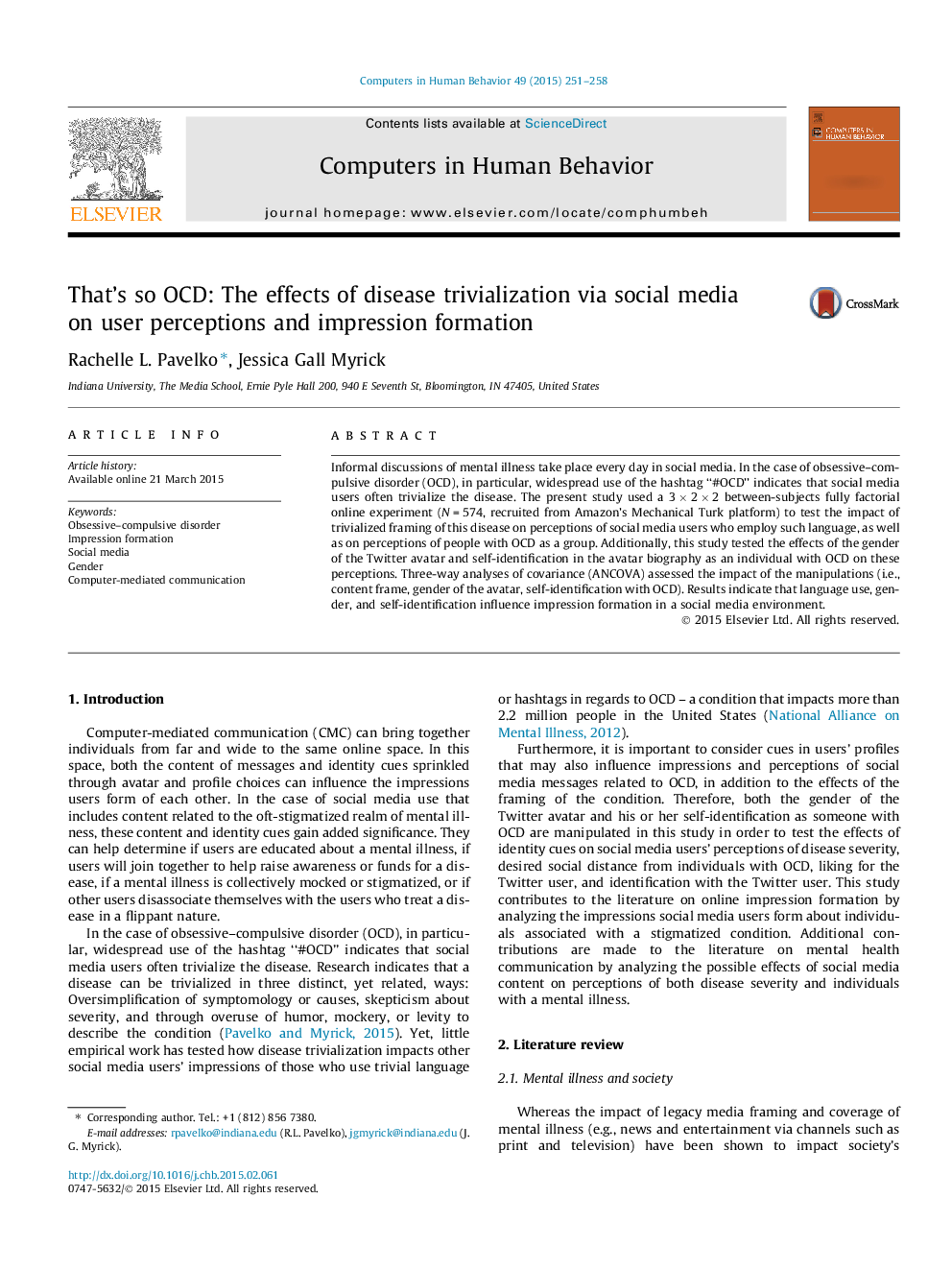 • We use an experiment to analyze increasing trivial language about OCD on Twitter.
• We examine content frames, gender of the avatar, and self-identification with OCD.
• Participant gender and experience with mental illness shape reactions to OCD.
• Trivialized content lowers observers’ liking and identification with Twitter users.
• Twitter avatars who self-identify as having OCD are admired by participants.

Informal discussions of mental illness take place every day in social media. In the case of obsessive–compulsive disorder (OCD), in particular, widespread use of the hashtag “#OCD” indicates that social media users often trivialize the disease. The present study used a 3 × 2 × 2 between-subjects fully factorial online experiment (N = 574, recruited from Amazon’s Mechanical Turk platform) to test the impact of trivialized framing of this disease on perceptions of social media users who employ such language, as well as on perceptions of people with OCD as a group. Additionally, this study tested the effects of the gender of the Twitter avatar and self-identification in the avatar biography as an individual with OCD on these perceptions. Three-way analyses of covariance (ANCOVA) assessed the impact of the manipulations (i.e., content frame, gender of the avatar, self-identification with OCD). Results indicate that language use, gender, and self-identification influence impression formation in a social media environment.