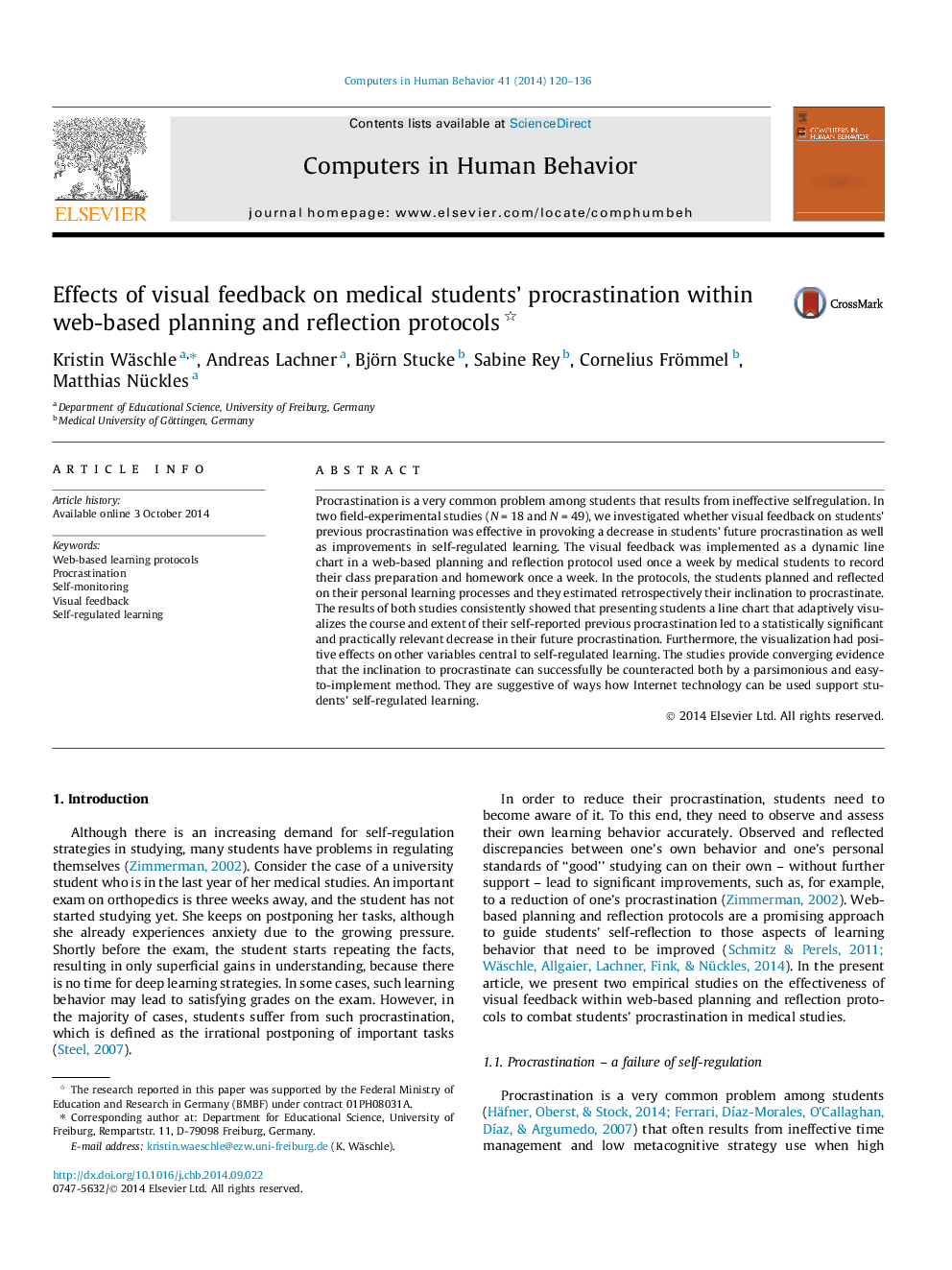 Procrastination is a very common problem among students that results from ineffective selfregulation. In two field-experimental studies (N = 18 and N = 49), we investigated whether visual feedback on students’ previous procrastination was effective in provoking a decrease in students’ future procrastination as well as improvements in self-regulated learning. The visual feedback was implemented as a dynamic line chart in a web-based planning and reflection protocol used once a week by medical students to record their class preparation and homework once a week. In the protocols, the students planned and reflected on their personal learning processes and they estimated retrospectively their inclination to procrastinate. The results of both studies consistently showed that presenting students a line chart that adaptively visualizes the course and extent of their self-reported previous procrastination led to a statistically significant and practically relevant decrease in their future procrastination. Furthermore, the visualization had positive effects on other variables central to self-regulated learning. The studies provide converging evidence that the inclination to procrastinate can successfully be counteracted both by a parsimonious and easy-to-implement method. They are suggestive of ways how Internet technology can be used support students’ self-regulated learning.