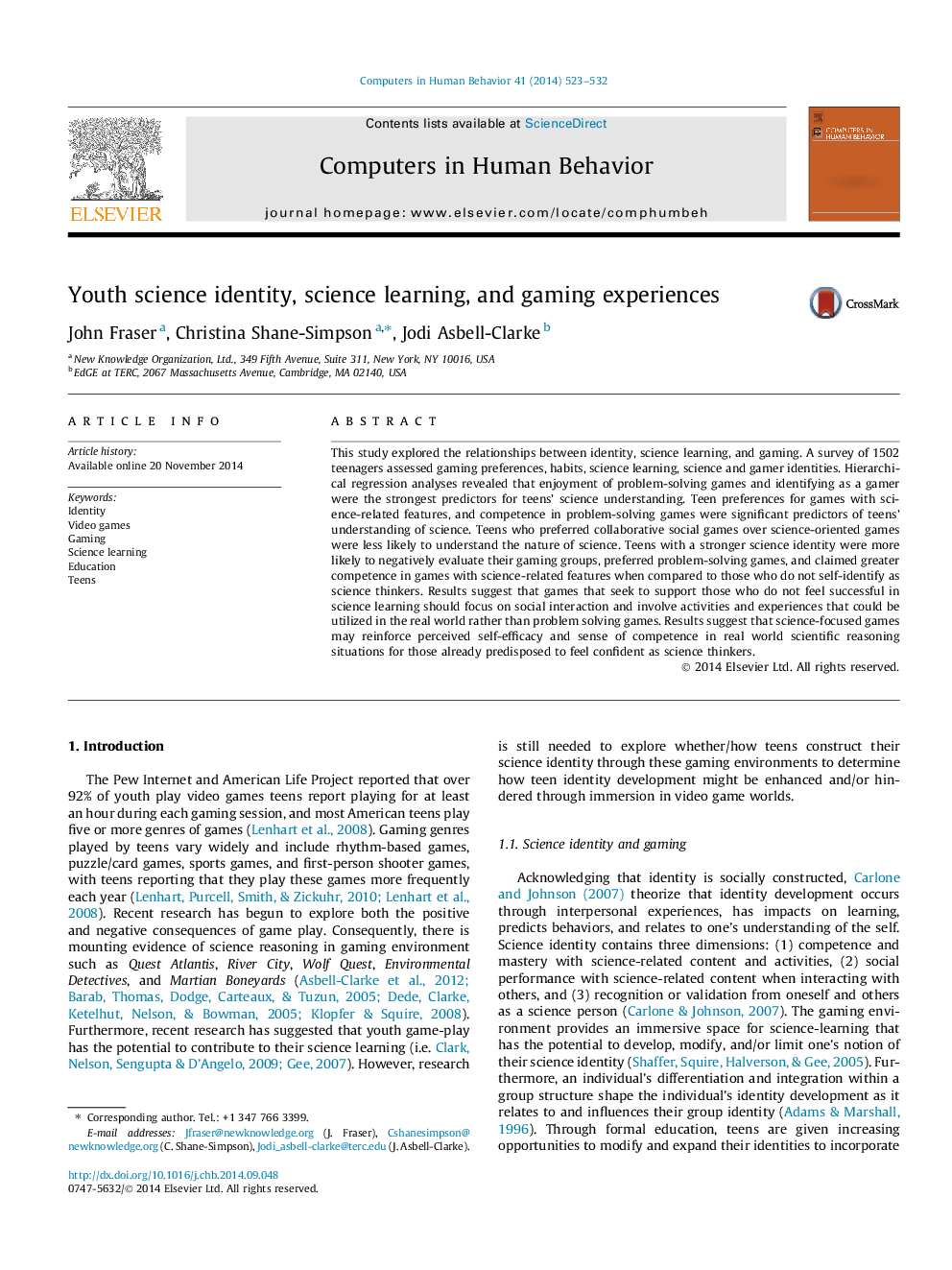 This study explored the relationships between identity, science learning, and gaming. A survey of 1502 teenagers assessed gaming preferences, habits, science learning, science and gamer identities. Hierarchical regression analyses revealed that enjoyment of problem-solving games and identifying as a gamer were the strongest predictors for teens’ science understanding. Teen preferences for games with science-related features, and competence in problem-solving games were significant predictors of teens’ understanding of science. Teens who preferred collaborative social games over science-oriented games were less likely to understand the nature of science. Teens with a stronger science identity were more likely to negatively evaluate their gaming groups, preferred problem-solving games, and claimed greater competence in games with science-related features when compared to those who do not self-identify as science thinkers. Results suggest that games that seek to support those who do not feel successful in science learning should focus on social interaction and involve activities and experiences that could be utilized in the real world rather than problem solving games. Results suggest that science-focused games may reinforce perceived self-efficacy and sense of competence in real world scientific reasoning situations for those already predisposed to feel confident as science thinkers.