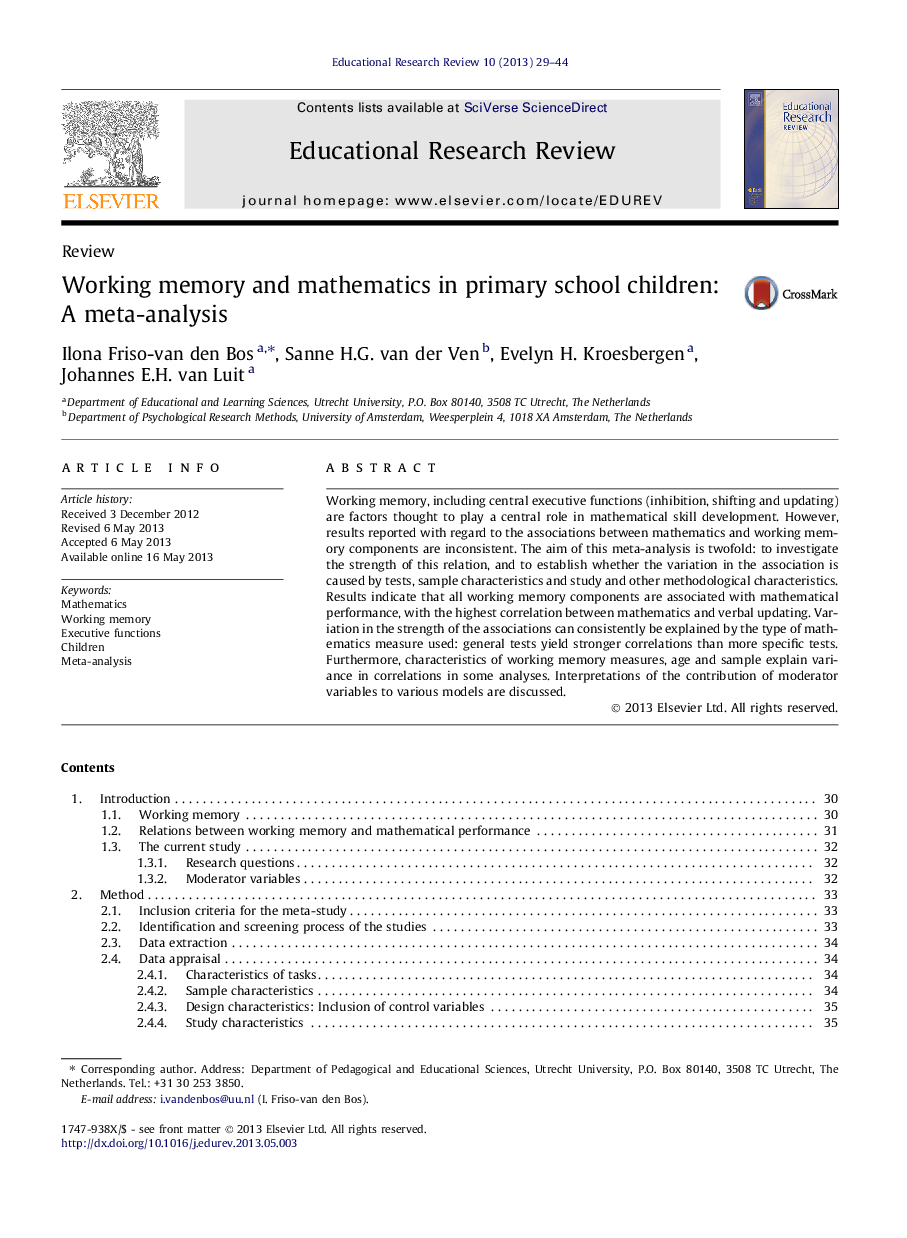 • Meta-analysis showing significant relations between working memory and mathematics.
• The component that correlated most strongly with mathematics was verbal updating.
• Type of mathematics measure was the most important moderator.
• Other moderator variables were type of working memory measure, age and sample type.

Working memory, including central executive functions (inhibition, shifting and updating) are factors thought to play a central role in mathematical skill development. However, results reported with regard to the associations between mathematics and working memory components are inconsistent. The aim of this meta-analysis is twofold: to investigate the strength of this relation, and to establish whether the variation in the association is caused by tests, sample characteristics and study and other methodological characteristics. Results indicate that all working memory components are associated with mathematical performance, with the highest correlation between mathematics and verbal updating. Variation in the strength of the associations can consistently be explained by the type of mathematics measure used: general tests yield stronger correlations than more specific tests. Furthermore, characteristics of working memory measures, age and sample explain variance in correlations in some analyses. Interpretations of the contribution of moderator variables to various models are discussed.