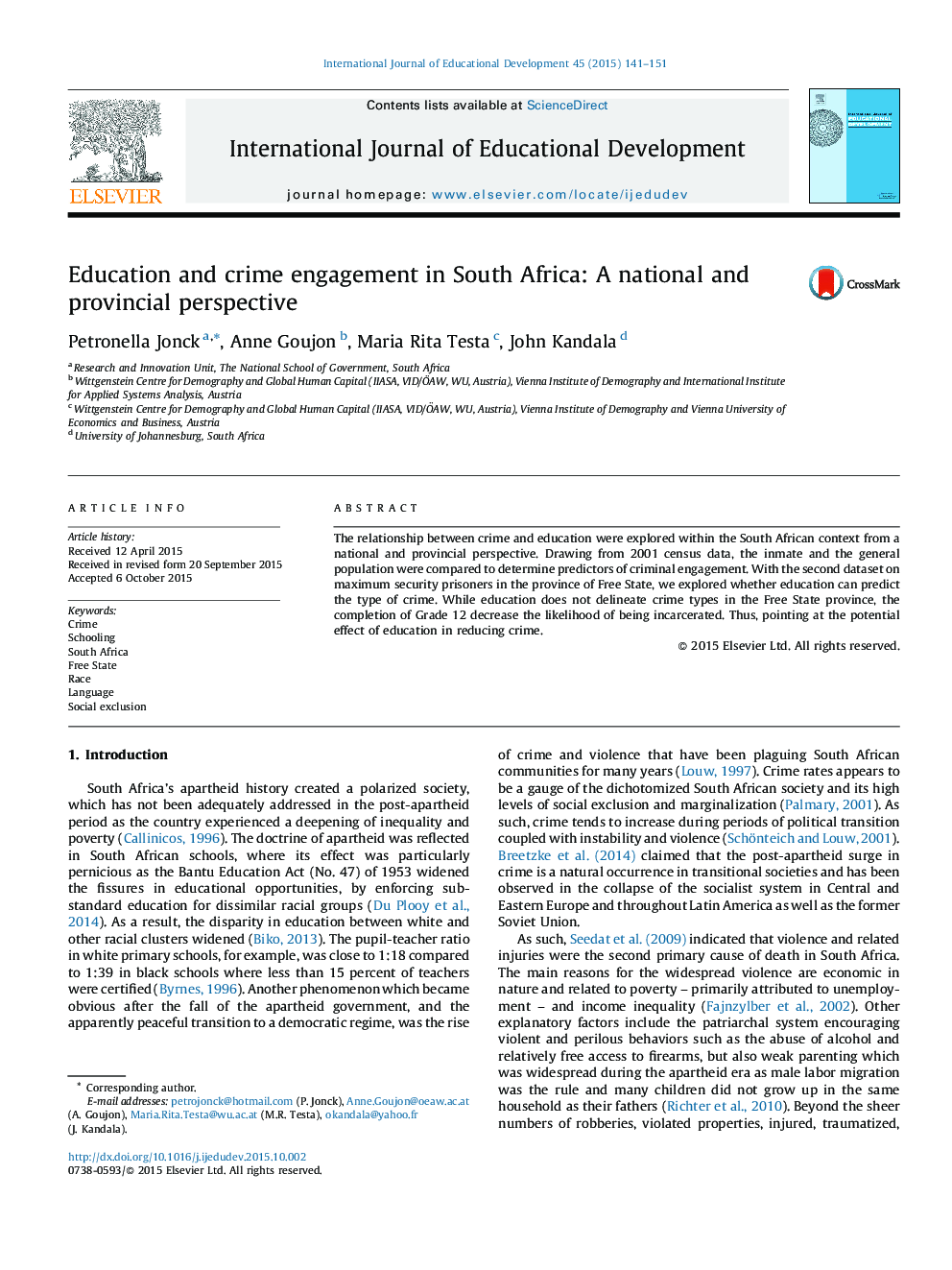 • Education does not delineate between crime types.
• Criminal engagement decreases with educational attainment except for white respondents.
• White respondents probability to be in prison follows a reverse U shape depending on levels of education.
• Home language and place of origin also influenced the prevalence of crime engagement between crime types in the Free State.
• Crime prevention measures should include increase in school retention up to Grade 12

The relationship between crime and education were explored within the South African context from a national and provincial perspective. Drawing from 2001 census data, the inmate and the general population were compared to determine predictors of criminal engagement. With the second dataset on maximum security prisoners in the province of Free State, we explored whether education can predict the type of crime. While education does not delineate crime types in the Free State province, the completion of Grade 12 decrease the likelihood of being incarcerated. Thus, pointing at the potential effect of education in reducing crime.