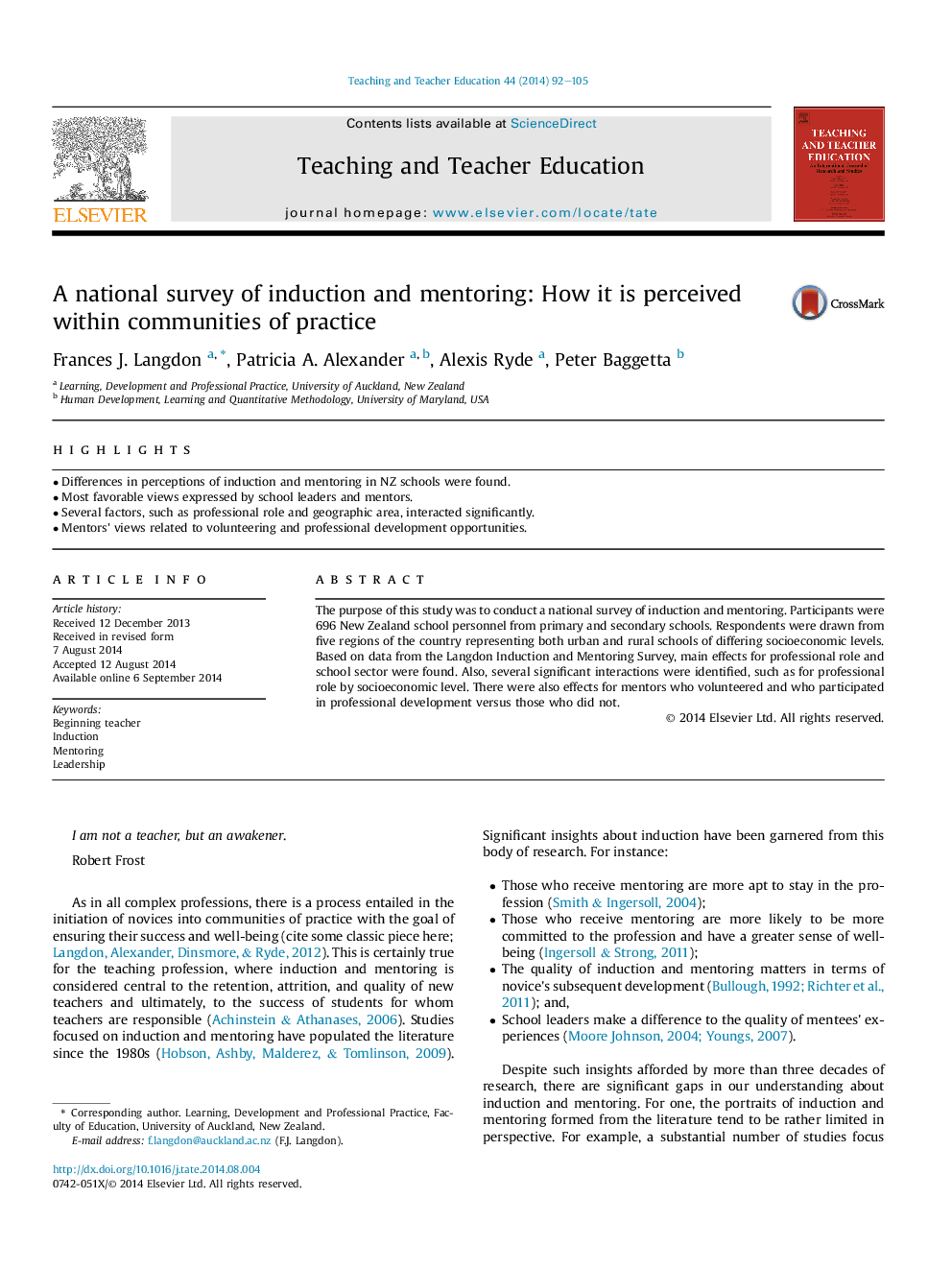 • Differences in perceptions of induction and mentoring in NZ schools were found.
• Most favorable views expressed by school leaders and mentors.
• Several factors, such as professional role and geographic area, interacted significantly.
• Mentors' views related to volunteering and professional development opportunities.

The purpose of this study was to conduct a national survey of induction and mentoring. Participants were 696 New Zealand school personnel from primary and secondary schools. Respondents were drawn from five regions of the country representing both urban and rural schools of differing socioeconomic levels. Based on data from the Langdon Induction and Mentoring Survey, main effects for professional role and school sector were found. Also, several significant interactions were identified, such as for professional role by socioeconomic level. There were also effects for mentors who volunteered and who participated in professional development versus those who did not.