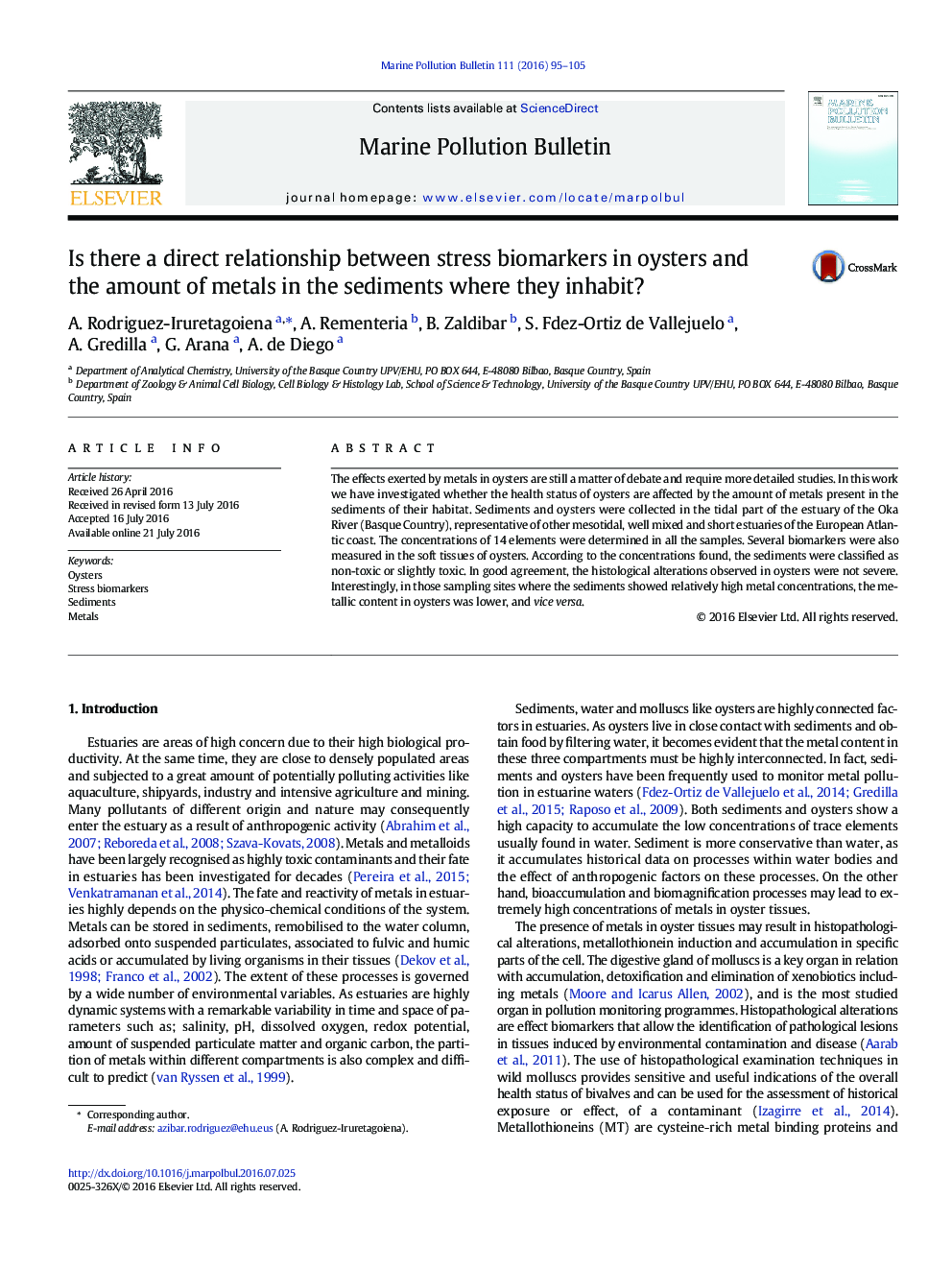 The effects exerted by metals in oysters are still a matter of debate and require more detailed studies. In this work we have investigated whether the health status of oysters are affected by the amount of metals present in the sediments of their habitat. Sediments and oysters were collected in the tidal part of the estuary of the Oka River (Basque Country), representative of other mesotidal, well mixed and short estuaries of the European Atlantic coast. The concentrations of 14 elements were determined in all the samples. Several biomarkers were also measured in the soft tissues of oysters. According to the concentrations found, the sediments were classified as non-toxic or slightly toxic. In good agreement, the histological alterations observed in oysters were not severe. Interestingly, in those sampling sites where the sediments showed relatively high metal concentrations, the metallic content in oysters was lower, and vice versa.